The notion of memory laws emerged as recently as the 2000s, and it can be used in a narrow sense of denoting enactments criminalizing certain statements about the past (such as Holocaust denial) and in a broad sense as including any legal regulations of historical memory and commemorative practices. Such regulations are by no means a recent phenomenon: they hark back to the nineteenth century at the very least. By contrast, the first bills that explicitly criminalized statements about history were passed in the 1980s and 1990s, and the notion of memory laws was coined to refer to this legislative novelty. Even the USSR had no ad hoc statutes to punish “incorrect” claims about the past and did that, instead, on the basis of the Penal Code’s articles prohibiting “anti-Soviet propaganda” (e.g. articles 70 and 190.1).

Any discussion of the legitimacy of memory laws in a democratic society has to distinguish between the laws that introduce criminal penalties for certain historical claims and all other memory laws (for the sake of simplicity, I will call them “declarative”). In an ideal world, there should probably be no state-sponsored politics of memory at all, except for education aimed at the development of critical thinking. In the real world, however, we can hardly imagine a state without a minimal official history embodied in its institutions, symbols, and holidays. More than that, history is an important means of legitimizing contemporary democracy by showing its origins, challenges that it had to face, and its place in the development of our societies. We can doubt whether this or that particular declarative law is justified, but it is difficult to claim that the state has no right to express its official point of view on the events of the past. The problem arises when a government bans alternative opinions about these events.

Memory laws in the narrow sense are sometimes considered to be “the most controversial limitation on freedom of expression to have flourished over the past few decades”. Indeed, strong arguments have been presented both in favor and against them. Arguments in their support are based on the concept of “militant democracy” that should leave “no freedom to the enemies of freedom” (as French revolutionary Saint-Just used to say). In contrast, their adversaries typically invoke the slippery-slope argument according to which limiting freedoms can lead us too far, and “a government that can tell us what not to say can also tell us what we must say”. But does not this argument contradict the abusus non tollit usum principle?

I believe that this principle does not always hold. The question is to what extent such abuses are likely to occur in a specific case, and when it comes to prohibitions on claims about the past, this probability is quite high. The potential for misuse was certainly less obvious in the 1980s and 1990s, when the first memory laws in the narrow sense came into being, but even then, it was possible to foresee their unfortunate consequences. Initially conceived as a means of maintaining peace, these laws have instead become one of the preferred instruments of the memory wars within and between many European countries. Today, one can safely claim that this transformation was very likely to occur.

There are striking differences between the contexts in which memory laws emerged in the 1980s and 1990s in the “old” Western European democracies (such as France, Austria, Germany, and Belgium) and in which they further developed in the 2000s and 2010s, when Eastern Europe became the main center of legislative activity regarding the past. At the turn of the 1990s, the international political climate was largely determined by the fall of communism and the seemingly decisive triumph of liberal democracy, for which the formation of the humanistic, victim-centered culture of memory was an important aspect. The first memory laws were typically adopted in the countries that had been implicated in the Shoah, and expressed those nations’ repentance for their participation in that crime.

In contrast, the continuing rise of national populism all across Europe and the formation of the authoritarian regimes in Russia, Turkey, Hungary, and Poland marked the beginning of the new century. In the former communist countries, the rise of nationalism was largely conditioned by the difficulties of the transition period, which exacerbated their century-old complex of inferiority vis-à-vis the West and historical grievances against their neighbors. Some of the memory laws adopted in Eastern Europe faithfully reflected the emergence of a culture of memory that differed substantially from the democratic memory based on the sympathy toward the victims of history and on the notion of state repentance for the crimes of the past (genocide being, by definition, a state-sponsored crime).

In Eastern Europe, memories of WWII could not certainly be the same as in the West or in Russia, because at the end of the war, the region was occupied by one of the victors with the consent of the others. Communist regimes are normally seen here as a result of the foreign conquest. In addition, some of these countries were Hitler’s allies, and parts of their population were actively involved in the Holocaust. Unsurprisingly, the culture of victimhood in the region has taken a special form of self-victimization of national communities that view themselves as victims of the Soviets, the Nazis, and even the West – but not as co-perpetrators of the Nazi and communist crimes. The promulgation of the Western-style memory laws did not quite match the specificity of the region’s historical experience.

The first Eastern European memory law was adopted in Poland in 1998 and criminalized the denial of both Nazi and communist crimes. Since then, several other countries (the Czech Republic, Hungary, Lithuania, and Latvia) adopted similar acts, while Slovakia, Romania, Albania, Slovenia, Macedonia, Montenegro, and Bulgaria followed the recommendations of the Council of Europe and the EU Council, and passed Western-style memory laws. The countries of the first group clearly differ from those of the second: they are typically more developed economically, have a stronger record of anti-Soviet resistance, feel more vulnerable because of Putin’s neo-imperial ambitions, and are involved in harsh disputes with Moscow about the past.

The problem with the typically Eastern European memory laws is not so much that they envisage fascism and communism as two equally criminal regimes, but that they shift the blame for historical injustices entirely to others, victimize the past for the nation-states’ sake, and use history as a means of nationalist mobilization. The 2014 Russian memory law, which in the midst of the Ukraine crisis criminalized “the dissemination of knowingly false information on the activities of the USSR during the Second World War”, is the extreme manifestation of this deplorable tendency, for it openly protects the memory of an oppressive regime against that of its victims. The only similar legislation is Article 301 of the Turkish Penal Code, which, in 2005, criminalized insults to the Turkish state and which is normally used against those who recognize the extermination of the Armenians in the Ottoman Empire as a genocide. In contrast, all other memory laws, notwithstanding their shortcomings, protect the memory of victims of state-sponsored crimes.

Eastern European “de-communization” memory laws as well as the Russian statute arose from the memory wars between Russia and its neighbours, of which the formation of Putin’s authoritarian regime was the main cause. Indeed, Putin’s ideology is informed by the Stalinist myth of the Great Patriotic War, which includes the notions of the peaceful character of Russia’s foreign policy and of the “Yalta System.” It was of course difficult to predict this particular historical constellation in the 1990s.

Nevertheless, the ease with which memory laws have been overtaken by nationalistic history politics (and by particularistic memories in some Western countries, starting with France) can hardly be viewed as purely contingent, and not only because anti-democratic forces can only profit from the growing punitive trend initiated by democratic countries. I believe that the cultural form of memory laws has been crucial for this transformation. Indeed, all such laws without exception ban “heretical” interpretation of concrete (typically, traumatic) historical events that function as sacred symbols of national and other communities. Since the end of the twentieth century, Western historical consciousness has become focused on those events rather than on future-oriented philosophies of history commonly dismissed as master narratives, while the current rise of historical memory marked the “crisis of the future” and the decay of “transformative politics.” Memory laws operate in the realm of symbolism, memory, and myth, in which nationalism may be more at home than is democracy, whose main strength lies in its universal future-oriented character. 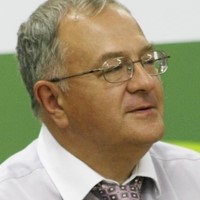 Nikolay Koposov Nikolay Koposov is a Visiting Professor at the Department of Russian and East Asian Languages and Cultures at Emory University in Atlanta. Previously, he worked at Georgia Institute of Technology, Johns Hopkins University, Helsinki University, Ecole des hautes études en sciences sociales in Paris and other schools. In 1998-2009, he was Founding Dean of Smolny College of Liberal Arts and Sciences, a joint venture of Saint-Petersburg State University and Bard College (New York).
Other posts about this region:
English Articles, Memory Laws, Memory Laws No Comments Join the discussion
Go to Top