Military Strikes against Syria would be illegal

The international community is discussing if and how they should react in the Syrian conflict where hundreds of people are believed to have been killed in an apparent gas attack. The gruesome pictures of people with neurotoxic symptoms have intensified the debate over the desirability of possible military action directed against Syria. There has been insufficient analysis, by both policy makers and the media, of the legality of any possible use of military force against Syria. Legality should be the litmus test to the determination of this question because if it should turn out that the use of force is itself not lawful, then both the threats or actual use of force against Syria would represent nothing less than vigilante justice that is likely to diminish and not strengthen the legitimacy of the international legal order.

Of course, the question arises whether such a heinous crime as the use of chemical weapons should not have repercussions. The poison gas attack against the Syrian population is undoubtedly a violation of international law. According to the Geneva Protocol of 1925 and customary international law, the use of asphyxiating poisonous or other gases, and of all analogous liquids materials or devices is illegal.  The question is whether the violation of this prohibition justifies possible unilateral military action against Syria. Discounting the question of who bears the responsibility for the poison gas attack on unarmed civilians, the Charter of the United Nations prohibits the use of force, and is accepted by all states as binding law.

Peaceful coexistence of states is in danger

This requirement was enshrined in the United Nations Charter (1945) for a good reason, namely, to both promote peace and security and to dissuade states from using force as they felt so inclined. And military action as envisaged by the United States, apparently without the authorization of the Security Council would break this rule. The UN Charter entails an absolute prohibition of the use of force with only two exceptions, namely, when the Security Council authorizes member states to use force – Articles 39 and 42 of the UN Charter, and in the exercise of the inherent right of collective or individual self-defence if an armed attack occurs against a member State party of the United Nations until the Security Council has taken the measures necessary to maintain international peace and security – Article 51.

The two World Wars are instructive about the centrality of this requirement to ensuring peaceful coexistence among States regardless of differing political systems, incompatible goals and values ​​of justice. In a sense, its inauguration could be said to have been one of the biggest achievements to civilizing of mankind. Those who question this core requirement of the United Nations peace-keeping system can not do that without also risking threat to peaceful coexistence of States.

Responsibility to protect does not automatically mean military intervention

Notwithstanding the requirement of the newly inaugurated responsibility to protect (R2P) principle (2005), still, there is no right to automatic military intervention, even in the wake of violation of the prohibition against the use of chemical weapons. There have been many other ways in the past to ensure the R2P policy. Increasing the diplomatic pressure on Assad’s international allies, enhanced penalties, or increasing the number of international observers are all possible alternatives to unilateral use of force being considered by the USA. In addition, international law has expanded the definition of peace. Serious violations of human rights, including genocidal acts and ethnic cleansing are considered as threats to international peace. Thus, the question of whether and to what extent a state respects the human rights of its citizens has converted from an internal affair and become a matter of primary concern for the international community. International law has developed procedures and created institutions such as the International Criminal Court to combat threats to international peace and security broadly defined to include genocide, war crimes, ethnic cleansing and crimes against humanity.

There is a common ground that international law prohibits the use of chemical weapons in international and non-international armed conflicts, without any exception. But the first reaction to the suspected use of chemical weapons must be enlightenment. However, fact-finding in international law is often tainted by political interests, thus the need to rely on independent investigations rather than conclusions of politically motivated national intelligence agencies. Investigators commissioned by the UN Secretary-General to investigate claims by Syrian opposition groups and the Assad government should be given full opportunity to complete their task. Only then can decisions be made about possible responses on a guaranteed basis.

Should the Secretary-General be convinced that one party has used chemical weapons, he will then inform the Security Council thereof, whether the matter of his opinion is likely to endanger the maintenance of international peace and security – Article 99 of the UN Charter. The Security Council can then decide whether and how to react in the interest of maintaining international peace and security. In particular, it may – acting under Chapter VII of the Charter of the United Nations – submit to the Prosecutor of the International Criminal Court the situation in which it appears that crimes were committed, subject to the jurisdiction of the Court – Article 13 lit. b) Rome Statute of the International Criminal Court.

Responsibility to protect is no legal basis for a military intervention

One cannot derive a different meaning from the 2005 World Summit Outcome adopted by the General Assembly on 16 September 2005 (Resolution 60/1). According to paragraph 139 of this document the international community is “prepared to take collective action, in a timely and decisive manner, through the Security Council, in accordance with the Charter, including Chapter VII, on a case-by-case basis and in cooperation with relevant regional organizations as appropriate, should peaceful means be inadequate and national authorities are manifestly failing to protect their populations from genocide, war crimes, ethnic cleansing and crimes against humanity”. This is not a legal basis whatsoever for a military intervention without the authorization of the Security Council. 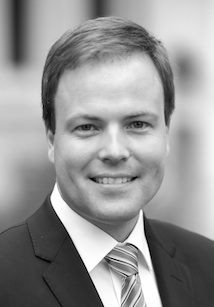