Asylum for Edward Snowden in Germany? The Federal Minister of the Interior has ruled it out. But is it really impossible to grant protection to Edward Snowden? A thorough reading of the law calls for a more differentiated answer.

The asylum procedure is an assessment of whether an asylum seeker is entitled to asylum in terms of Article 16a of the Basic Law (Grundgesetz), to refugee status in terms of the 1951 Refugee Convention or to subsidiary protection in terms of the German Residence Law (Aufenthaltsgesetz).

There is a widespread misconception that the German executive has an almost unlimited discretion in assessing whether an individual is persecuted for reasons of his_her political opinion. This seems to be the view of those who invoke the transatlantic relationship as an obstacle to Snowden’s protection. In a distant past, this might have been a valid argument. Modern refugee law, however, has withdrawn asylum claims from the pure realm of arbitrary exercise of power and the outcome of the asylum procedure is subject to judicial review.

Is Snowden persecuted for political reasons?

According to the jurisprudence of the German Federal Constitutional Court, an individual is persecuted for political reasons if the state violates his_her rights in a manner so intense that s_he is excluded from the “overarching peace order provided through the unity of the state” and this exclusion occurs for reasons of his_her political opinion (see BVerfGE 80, 315, 334 ff.). Article 9(1)(a) of the Qualification Directive provides that acts of persecution must be sufficiently serious by their nature or repetition as to constitute a severe violation of basic human rights. As an example, Article 9(2)(c) of the Directive explicitly mentions disproportionate criminal prosecution and punishment.

Are Snowden’s actions thus an expression of his political conviction? And are his rights at threat to be severely violated by the United States?

The answer to the first question is obvious: why, if not for his political opinion, has Snowden disclosed the surveillance and espionage activities of the NSA? Political opinion is to be understood in a broad sense. The term does not require any link with an existing political party nor does it imply the necessity of a coherent political program. Its use rather serves the protection of „any opinion on any matter in which the machinery of State, government, and policy may be engaged“ (G. Goodwin-Gill/J. McAdam (2007³) ‚The Refugee in International Law‘. Oxford/New York, p. 87). Through his actions, Snowden implicitly expresses the opinion that the activities of the NSA are inappropriate. This is a matter that affects the U.S. government quite directly and is therefore political.

But do Snowden’s prosecution and possible punishment amount to a threat of persecution? The answer to this question is more complex. For asylum was never conceived as preventing a state to prosecute criminals, including persons who commit politically motivated offences. According to the Qualification Directive, however, criminal prosecution and conviction may not be disproportionate.

There is no rule in international law that prevents Germany from carrying out a proportionality test according to its own legal standards. International refugee law requires states to guarantee certain minimum standards, but states are free to determine a wider scope of protection. Sentencing someone to many years of imprisonment for having disclosed the systematic abuse of state power and thus contributing to strengthening democracy and the rule of law is likely to fail the proportionality test under German law. For such a sentence would not duly take into account the importance of the individual’s fundamental rights which set limits to the exercise of state power.

However, international law does not foresee any legal standard against which the proportionality test may be measured. But what is then required under international law? A decision rendered by the European Commission of Human Rights on 12 March 1984 provides guidance in this matter (Altun ./. Deutschland). The Commission considered that the extradition of a Turkish national to Turkey, where he was facing prosecution for incitement to homicide, was unlawful because it was not certain that he would not face a disproportionately severe punishment for reasons of his political opinion. What matters is therefore that the political motives of an action deemed criminal under the application of a national law may negatively influence the sentence that the accused has to expect. Because Snowden faces espionage charges, this cannot be ruled out. The crime of espionage is meant to prevent that information is made use of to the detriment of the state. Snowden did not intend to harm the United States but to strengthen American democracy and the rule of law. Under these circumstances, an indictment for espionage suggests that criminal law is used for the oppression of undesirable political opinions rather than in furtherance of its original goals. Thus, Snowden’s political motives have a negative influence on the sentence that he has to expect.

But even if the validity of Snowden’s asylum claim was denied, he could be entitled not to be extradited to the United States. Such subsidiary protection is also subject to judicial review. Assuming that Snowden neither faces the death penalty nor torture in the event of his return to the United States, his deportation would still be disproportionate and therefore unlawful in terms of § 60(5) of the German Residence Law (Aufenthaltsgesetz). This provision prohibits deportation if it violates the European Convention on Human Rights. Proportionality is a principle inherent to the Convention. Again, the question arises which standards should be applied to the proportionality test. But the conclusion is the same as in German national law: it is not proportionate to sentence Snowden to many years in prison for the crime of espionage because this crime is meant to repress actions of a different kind than those he has taken and because it cannot be ruled out that his political motives may negatively influence the sentence.

There exists, however, an undeniable obstacle to the success of Snowden’s application for asylum in Germany: it may only be submitted on the German territory. Does this mean that it is impossible to protect Snowden in Germany? Not if there was a political will to protect him.

Snowden may ask Germany for humanitarian protection without actually being present on the German territory. According to the first sentence of section 22 of the German Residence Law, a foreign national may be admitted to the German territory for urgent humanitarian reasons. Such reasons may arise from the fact that Snowden would be entitled to asylum according to German law, that his lawful stay in Russia is limited in time and that no other country has seriously declared its willingness to admit him to its territory so far. To be admitted on these grounds, both the federal government and the government of the state (Land) where Snowden would take residence would have to consider his demand as a matter of humanitarian urgency. For federal and regional state authorities jointly assess an application for admission under this provision (Administrative Instructions relating to the German Residence Law, Nr. 22.1.2.) and both authorities may exercise discretion.

The Federal Minister of the Interior could also admit Snowden in order to protect Germany’s political interests (second sentence of section 22 of the German Residence Law). His decision would be binding upon both federal and state authorities. This possibility seems to be the perfect fit for Snowden’s case. Whose admission could be more favorable to the protection of Germany’s political interests than the admission of the person who has disclosed systematic violations of the fundamental rights of German citizens and the potential commission of serious crimes against the German state?

No right to admission

The Federal Minister of the Interior has apparently taken a different view and he is free to determine Germany’s political interests. Snowden may not successfully challenge the ministerial decision in court.

No hope in sight? Not necessarily. Lawyers may find it disappointing that Snowden’s protection in Germany is an almost purely political question. But in this also lies a call for a more active exercise of democratic pressure. To protect Snowden, the government must be forced to take action – and the exercise of pressure on governments is in line with the aims that Snowden himself pursues. 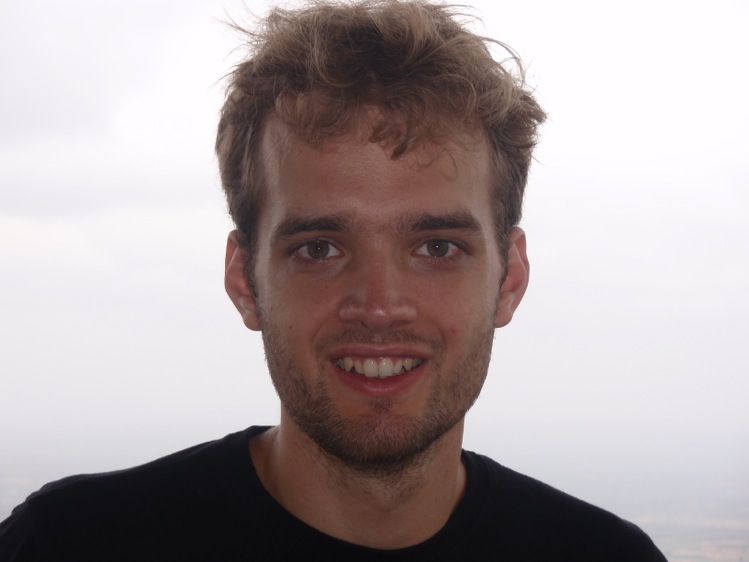