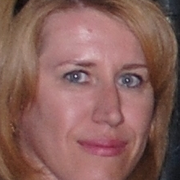 Bianca Selejan Gutan is a professor at the law faculty of Lucian Blaga University at Sibiu, Romania.

After a year 2018 dominated by conflicts between the President and the Government and marked by the adoption and entry into force of major changes of the judiciary legislation, the first part of 2019 brought new challenges to the rule of law in Romania, especially as regards the judiciary. It is worth mentioning that all this comes in the context of the first Romanian rotational presidency of the European Union Council. As an EU member state, Romania is still under the European Commission’s supervision, through the Co-operation and Verification Mechanism, for ongoing issues related to the independence of the judiciary and fight against corruption.

In fact, the developments of 2019 are a continuation of the chain of events started in January 2017 with the famous Emergency Government Ordinance 13, which attempted to indirectly decriminalise some graft offences and the adoption of which generated massive street protests against corruption.

In 2018, the ruling party’s and the Government’s assault on the judiciary continued with the adoption of major changes of legislation, but also with dismissals or attempted dismissals against chief-prosecutors of the General Prosecution Office. In July, the chief-prosecutor of the National Anti-Corruption Directorate (DNA), Ms. Laura-Codruta Kovesi, was dismissed by the President, at the initiative of the Minister of Justice and after a negative opinion of the Superior Council of the Magistracy. This dismissal came as a result of a more than controversial decision of the Constitutional Court which harshly diminished the legal and constitutional powers of the President of Romania. In October, the same Minister of Justice initiated the dismissal of the General Prosecutor of Romania, who, during the whole period 2017-2018, had been vocal against governmental measures diminishing the fight against corruption. The Superior Council of Magistracy gave a negative opinion and the dismissal proposal is still pending at the President, who did not take any action. Meanwhile, the President of Romania rejected the Minister of Justice’s proposal for a replacement of the DNA chief-prosecutor.

But one of the most controversial change of the judiciary legislation has started to show its effects in February 2019. Thus, in 2018, a new prosecutorial structure has been created by changing the law on the organisation of the judiciary: a „special section for the investigation of offences within the judiciary”, within the General Prosecutor’s Office. In Romania, both judges and prosecutors are considered magistrates, therefore this special section would be competent to investigate all criminal offences allegedly committed by them, including in cases of corruption, by having „the exclusive jurisdiction to investigate offences committed by judges and prosecutors, including military ones, as well as by those who are members of the Superior Council of Magistracy” (Article 881(1) of the amended law). These changes were challenged at the Constitutional Court by the parliamentary opposition as well as by the President of Romania, on grounds that the establishment of such a prosecutorial section would be a threat against the independence of the judiciary, but the Court rejected the complaints and declared the creation of the section constitutional. Therefore, after the entry into force of the new laws, in July 2018, the special section started to function in October of the same year.

The changes of the laws of the judiciary were scrutinized and criticized by European fora: the European Commission, in the last report issued within the Co-operation and Verification Mechanism1)European Commission, COM(2018) 851 final, Report from the Commission to the European Parliament and the Council on Progress in Romania under the Cooperation and Verification Mechanism, Strasbourg, 13 November 2018 at 17: “The entry into force of the amended Justice laws, the pressure on judicial independence in general and on the National Anti-Corruption Directorate in particular, (…) have reversed or called into question the irreversibility of progress.”; the Venice Commission2)Venice Commission, Romania. Preliminary Opinion on Draft Amendments to Law no. 303/2004 on the Statute of Judges and Prosecutors, Law no. 304/2004 on Judicial Organization, and Law no. 317/2004 on the Superior Council for Magistracy, CDLPI(2018)007 of 13 July 2018, §51, and esp. §§160–161. and the GRECO raised special concerns regarding the adverse effects on the independence of magistrates that the creation of the new prosecutorial section might produce.

In 2019, the first effects started to show and the law was changed again, this time by an emergency government ordinance. The new special section started investigations against the former chief-prosecutor of the DNA, Ms. L.-C. Kovesi, who had earlier applied for the position of chief-European prosecutor. Ms. Kovesi, who had gained support from various European countries as well as political groups of the European Parliament, was summoned at the section days before her first hearing in Brussels. Another move of the special section was to request from the DNA to decline its jurisdiction on the investigation against the chief of the ruling party and president of the Chamber of Deputies, Liviu Dragnea, on corruption offences. The requests were denied, but, on 20 February 2019, the Government passed an emergency ordinance (EGO 7/2019) which, under the guise of regulating some necessary changes of the admission procedure at the National Institute of Magistracy, brought important changes to the law on the organisation of the judiciary. Thus, the ordinance withdrew the special section from the authority of the Prosecutor General, by saying that, in the case of the special section, by „prosecutor superior hierarchically” will mean the chief-prosecutor of the section. Therefore, the section becomes an autonomous part of the General Prosecutor’s Office, despite the constitutional provisions which provide for the organisation of the „Public Ministry” on the principle of hierarchical control. All the other sections of the General Prosecutor’s Office (DNA and DIICOT – the Direction that investigates organised crime and terrorism) are hierarchically subordinated to the Prosecutor General, in accordance to the constitutional principle. Even the Constitutional Court affirmed the same constitutional principle when it declared constitutional the creation of the section, in 2018: „ regardless the manner of appointment as chief prosecutors, according to the constitutional principle of hierarchical control on which is based the activity of prosecutors’ offices, all chief-prosecutors are subordinated to the General Prosecutor of the High Court of Cassation and Justice”.3)RCC, Decision 33/2018, §150.

The same EGO 7/2019 provides that the function of General Prosecutor and of chief-prosecutors can be occupied by former prosecutors that have become judges and that these functions cannot be delegated. Although at the first glance they seem harmless, these new dispositions have some hidden targets: in the first case, besides infringing the separation of the careers of judge and prosecutor (which was endorsed as a principle by the Constitutional Court)4)RCC, Decision 252/2018, §135., the aim of the new rule might be the appointment of more lenient judges rather that prosecutors at the top of the national prosecutorial offices, with a view to diminish the fight against corruption; in the second case, the hidden aim of the new rule is to practically force the President of Romania into appointing the candidates proposed by the Minister of Justice5)The procedure is detailed by Article 54 of the Law 303/2004 on the status of judges and prosecutors, as amended in 2018., since the temporary delegation will no longer be possible and the top prosecutorial offices cannot function without a chief-prosecutor, even an interim one.

Therefore, all these changes aim at increasing the power of the executive over the prosecutorial part of the judiciary and at removing virtually all checks-and-balances in decision-making on the top prosecutorial offices. The emergency ordinance was adopted by the Government without the advisory opinion of the Superior Council of Magistracy, which is compulsory on legislation related to the judiciary.

After the adoption of the EGO 7/2019, the magistrates’ associations and self-government organs reacted.6)For example, the association Forumul judecătorilor  (Forum of judges) made an appeal to judges and to other authorities to take measures in order to defend the independence of the judiciary.. The prosecutors’ section of the Superior Council of Magistracy criticised the changes and announced that it will give an official opinion. However, the plenum of the Council had no official reaction. The Prosecutor General and the chief-prosecutor of the DIICOT claim that the changes will cause blockages in the system. The magistrates’ NGOs announced protests, which started to take place all over the country. Serious concerns were also expressed by the European organs. There are also unconstitutionality problems, but at this stage, the only authority that can challenge the ordinance at the Constitutional Court is the Ombudsman (Avocatul Poporului), who seems little eager to take any action against the governmental majority.

If we add to all these the fact that the President of the High Court of Cassation and Justice is the subject of a disciplinary investigation by the Judicial Inspection and that the governmental agent for the European Court of Human Rights was dismissed overnight, in the context of some very controversial complaints against Romania brought before the Strasbourg Court, we have the whole picture of the challenges faced by the Romanian judicial system these days. In an article published in December 2018, which reflected the developments of the Romanian system of judicial self-government, I was saying, when discussing the new legislative changes, that „The system is currently under constant and powerful pressure, but only the future will show its capacity to self-regulate and fulfil, despite the imperfections, its original task.” Unfortunately, the effects are already showing and the system seems, at the moment, less capable of defending itself. One possible solution from the outside, to be envisaged in the future, would be a constitutional amendment by which the possibility of adopting emergency government ordinances should be drastically limited, especially in matters related to the judiciary or to anti-corruption measures.