No custom restricting state immunity for grave breaches ‒ well why not?

In a recent judgement (discussed here and here), the Italian Constitutional Court (CC) found that the Italian Constitution barred Italian courts from applying the ICJ’s judgement in Germany v. Italy (discussed here and here) and that the Italian laws implementing the judgement were unconstitutional. The CC did so without wandering off into the field of international law. It did however acknowledge the ICJ’s finding, that there was no customary international law exempting states from immunity in the case of grave breaches of international law. I would like to argue that this should not be the question, but rather that this ruling should be seen as an impulse to form such a customary rule. By proclaiming the access to domestic courts in order to seek compensation for grave breaches of international law as a core rule of the Italian Constitution, the CC has made a clear statement regarding the universal value of this judicial right. It underscores this belief by its willingness to take on the entire international legal order with „only“ the Italian constitution by its side, bringing up the image of David vs. Goliath. My own argument for the establishment of such a custom is based on a comparison with the established exemptions from immunity in (international) criminal law.

In his discussion of the decision, Filippo Fontanelli calls the judgement brave and I can only agree. But at the same time he questions whether there was really a need to go all in, if there was really a hard place the Court was backed up against. Yet, referring to the Italian judiciary’s role in establishing the exemption of acta iure gestionis from state immunity, he describes the CC’s logic as follows:

„If ordinary judges felt entitled to challenge the fairness of international customs then, when Italy did not have a rigid Constitution (that is, of higher rank than statutes), the CC held that it could not hesitate today in a similar scenario, because respect for fundamental right is now required by a Constitution that, in certain parts, is immutable.“

Maybe identifying the hard place is that simple. Maybe it is nothing more than that sense of fairness (even if that is at best a dangerous legal argument). But fairness goes beyond the individual’s right for judicial remedy. It also extends to the question what the legal order is willing to do, seemingly painlessly, when securing judicial remedy in (international) criminal law. There, most arguments with regard to immunity are swept aside in favour of the fight against impunity (and rightly so). Starting with the Pinochet case, continuing with the codification in Art. 27 of the Rome Statute and its first application with the issue of the arrest warrant for al-Bashir and now the Kenyatta case, absolute immunity for heads of state and leading state officials ratione personae and materiae is no longer applicable for grave breaches under international criminal law and it is under fire on the domestic level (even considering the ICJ’s ruling in DRC v. Belgium).

At the same time international criminal law is at a point where it is increasingly being questioned over its focus on Africa. This is starting to weigh on the legitimacy of international criminal law, with the AU criticizing the ICC (discussed here) and having adopted an immunity rule for acting heads of state for the African Court of Justice and Human Rights. Against this general backdrop William Schabas has stressed the need for another Pinochet-moment (here, at 551). I argue that the CC’s ruling could be such a moment. So when reading the comments on the CC judgement, I wondered why we find it easier to take away someone’s personal freedom (even if he//she is or was a head of state) than for a state to have to pay some money.

Whilst I am aware of the intricacies surrounding state immunity, I was also under the impression that public international law as moving away from its former states-only-focus and towards a view centred more around the individual. As it is so often put, this ascension of the individual into the realm of at least partial legal personality comes with rights and obligations. States on the other hand seem to have gained no such new obligations (as we have now heard again: There is no custom restricting state immunity). So it is not really a shifting of focus but rather a mere opening of the lens.

But if said shift is to be more than just a fashionable phrase, then maybe the CC is not heading in the wrong direction. Because would it really be so bad if states could not claim immunity before foreign courts; at least not for grave breaches of international law? Did the limitation of immunity to acts of iure imperii bring international relations to a standstill? Did the German Constitutional Court’s decision on Argentinian debt not show that the world keeps on turning, even if a suffering state invoking necessity is ordered to pay up? Could it be that it is not a striking legal argument, but conservative pride that motivates state practice when it comes to state immunity? The way Argentina has handled the more recent events in its sovereign debt crisis (for the ARA Libertad seizure here, here and especially here and for the ICJ case against the USA here) seems to suggest that there are not only fiscal interests that are being defended.

Now that states have to share the arena of international law with other actors, they at least want to stay primus inter partes. This becomes even more evident when you look at the core argument for international criminal law (ICL)– the public recognition of past injustice before a court of law. While doubt has been cast on other arguments like retribution or the creation of a common historic assessment, this purpose of ICL stands firm. Seemingly the same is not true in front of foreign national courts. But is it sufficient to only recognise past injustice in the form of personal guilt? If individuals have to step up and take responsibility, then states should too. International law cannot stop at individual responsibility for grave breaches against international law. Otherwise the big picture is lost. In most cases of individual responsibility there is also a parallel collective one. Yet there is a tendency to want to channel all that collective responsibility into a few international criminal law cases, put a name to the crime and be done with it. Even ICL itself knows this tendency; for instance in the discussion surrounding the peace vs. justice dilemma, where it is often suggested that individual criminal responsibility could be restricted to a small number of key figures. That argument cannot be discussed here, but if it is accepted together with the ICJ ruling concerning state immunity before foreign domestic courts, that leaves little room to assess collective responsibility in a legal forum. But such a forum is needed for reconciliation and healing. If such a forum can be found without making an exception from state immunity, that is of cause preferable. But if that is not the case, like with the Italian claims, then States should not be able to hide behind the procedural argument of state immunity.

So even if this is a judgement based only on Italian constitutional law, it has to be applauded from an international law perspective. It keeps said legal forum open and goes against the trend of privatizing responsibility.

Filippo Fontanelli puts all this off as a fruitless effort, in light of the ICJ’s finding (discussed here and here) that there was not even evidence that customary law restricting state immunity was in the process of forming. Inspired by a certain stubbornness of the CC’s ruling I can only retort: It has to start somewhere. But on a more serious note, there is the question of judicial dialogue. And while Filippo Fontanelli is probably right when he says that this judgement did not improve the CC’s relationship with the ICJ, there is also the inter-european dialogue to be considered. It is true that the CC did not pick up the ball served by the ECHR in Jones v. UK either. But now we have the English Court of Appeal’s decision in Belhaj & Anor v Jack Straw & Ors (discussed here). While the Court of Appeal did not go anywhere near as far as the CC, it does take a more restrictive stance on state immunity. With the chronological order being as it is, one might speculate whether there is not at least some connection to the CC’s ruling. As the limits of state immunity are constantly being readjusted, we can only wait to see what happens next. 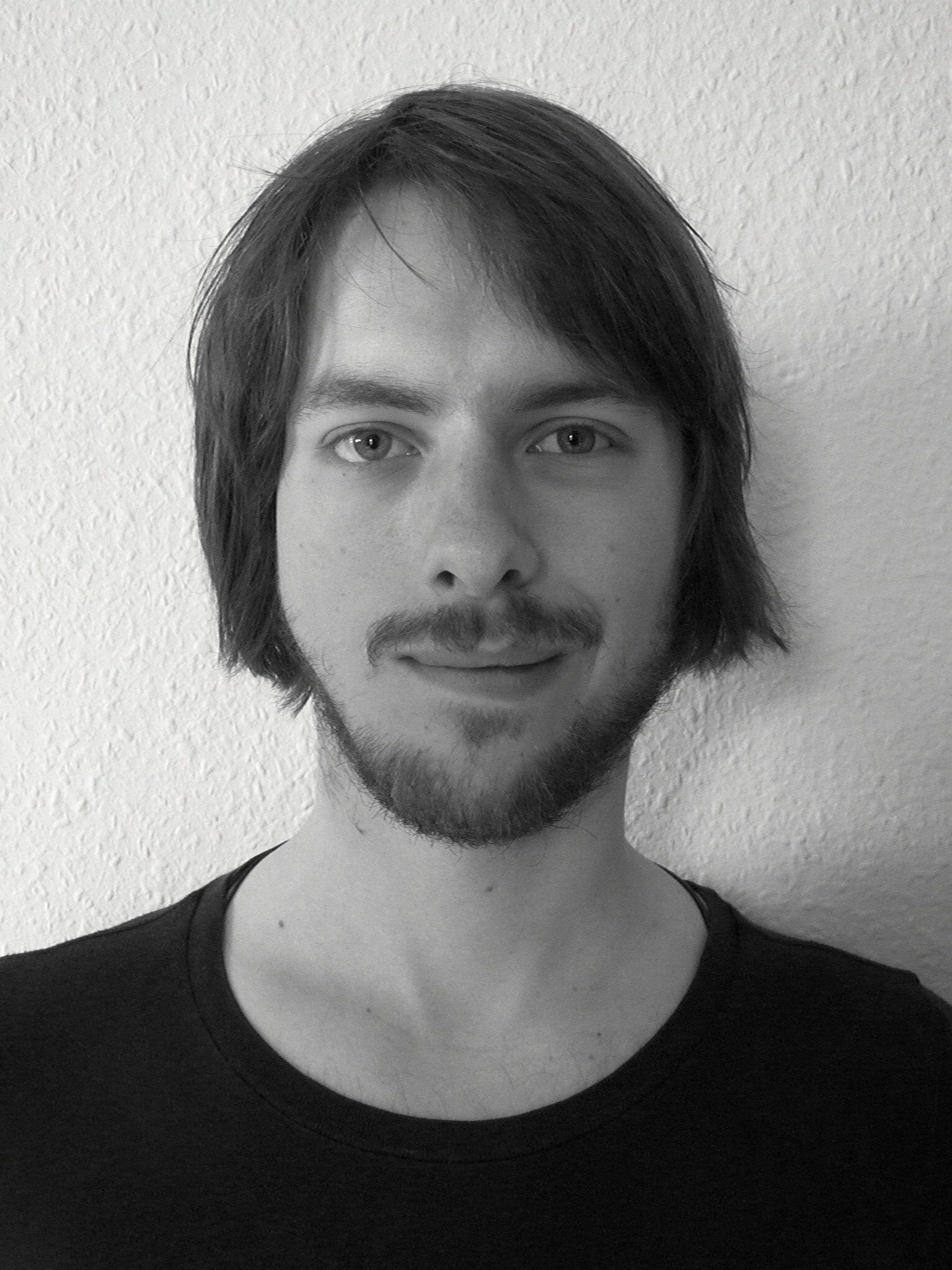