This week the Parliament of South Africa voted against amending section 25 of the Constitution to provide for “expropriation without compensation” after four years of contestations.

South Africa made the political transition from an Apartheid state to a constitutional democracy with a negotiated (interim) Constitution. When that Constitution was negotiated, the property clause was one of the most contentious clauses. On the one hand, the fear was that entrenching existing property rights would make land reform almost impossible. At the same time, the then governing National Party wanted to ensure that existing property rights would not be taken without proper compensation.

Nevertheless, the multi-party negotiation process produced a property clause modelled on the German property clause, guaranteeing property and allowing for expropriation in certain circumstances, with compensation a flexible “just and equitable” amount.  A right to restitution was entrenched in the equality clause, with specific restitution provisions situated outside of the property clause.

The final Constitution is the product of a democratically elected Constitutional Assembly. It retained a property clause in section 25 but without a positive property guarantee and included various rights to land reform (redistribution, land restitution, and tenure reform) in the provision itself. It states clearly that land may be expropriated in the public interest (and for a public purpose), where a public interest includes South Africa’s commitment to land and other reforms. What is more, it expressly states that “[n]o provision of this section may impede the state from taking legislative and other measures to achieve land, water and related reform, in order to redress the result of past racial discrimination, provided that any departure from this provision of this section is in accordance with the provisions of the [limitations clause]”. In other words, where section 25(3) makes expropriation subject to “just and equitable” compensation, section 25(8) makes it clear that this may not impede the state from doing reform. The Constitution does not prescribe a specific economic system, and it also does not have an equivalent of article 15 of the German Basic Law.

The slow pace of land reform

Despite the Constitution enabling the state to expropriate land for land reform purposes, and despite the calculation of compensation remaining flexible, the state has rarely used its powers of expropriation for land reform purposes. This is largely on advice from the Worldbank in the 1990s, which resulted in the ANC adopting a “willing buyer willing seller” policy that determined the state would acquire land in the open market instead of through expropriation.

On top of that, there is consensus that land reform has been dismally slow the past 27 years, for a multitude of reasons well captured in the High Level Panel Report, the Presidential panel on agriculture and land reform, as well as various NGOs. The Constitutional Court has also expressed frustration with the poor implementation of land reform measures. This has led to the issue of land being a useful tool to use for political roulette.

The Economic Freedom Fighters describes themselves as “a radical and militant economic emancipation movement […] an anti-imperialist and leftist movement” based in the broad Marxist-Leninist school of thought.  Viewing the compromise reached in the early 1990s as a sell-out, only benefiting white people, they are against private ownership and for placing all land under the custodianship of the state for redistribution on a needs basis. In February 2017, they tabled a motion calling for the amendment of section 25 to provide for expropriation without compensation. The majority ruling party did not agree with any form of land expropriation without compensation, and the motion was defeated.

Meanwhile the ANC is being crippled by internal strife between the “radical economic transformation” faction (generally aligned with ex-president Jacob Zuma) and a faction that rallies behind President Ramaphosa. At the end of 2017, at the ANC’s 54th conference, the radical economic transformation faction threw the curveball of “expropriation without compensation” to President Ramaphosa, just before he was marginally elected as the new president of the party (and thus the country). This led to the ANC adopting a party resolution to pursue land reform with greater determination and that “[e]xpropriation of land without compensation should be among the key mechanisms available to government to give effect to land reform and redistribution”. It did not call for the amendment of section 25.

The EFF again tabled a motion to amend section 25 in February 2018, calling for an amendment to section 25 to provide for “expropriation without compensation” and place all land under the custodianship of the state. The ANC amended the motion drastically. Certain conditions were placed on expropriation (mainly to protect the economy and agriculture), and the reference to custodianship was removed. A standing Constitutional Review Committee was charged with determining whether the Constitution should be amended to make this possible.

This motion was adopted and set in motion a countrywide public participation process, with a Brexit-like question of whether the Constitution should be amended (yes or no)? Many people participated in this process, where grievances of the slow land reform process were raised. This committee reported back to Parliament in November 2018, recommending that “section 25 of the Constitution must be amended to make explicit that which is implicit in the Constitution, with regards to Expropriation of Land without compensation, as a legitimate option for land reform”.

An ad hoc committee was tasked with coming up with the specific wording.

Parallel to this was the making of an Expropriation Bill that seeks to replace the apartheid-era 1975 Expropriation Act to bring in in line with the Constitution. Its compensation provision mimics the wording of the Constitution. However, in December 2018, parliament published a draft Bill with a new clause 12(3) listing certain types of property that “may be expropriation at nil compensation”, an attempt by the government to signal that it is willing to test the waters of “nil compensation” and that it does not envision taking large tracks of productive agricultural land.

Amongst other things, it provides (explicitly) that land expropriated for land reform purposes may be nil, that the land is the common heritage of all citizens that must be safeguarded for future generations, and that certain land can be placed under state custodianship for citizens to gain access to land on an equitable basis. For the rest, the section does not change. The compensation standard remains “just and equitable”. The state still has a general duty to pay compensation at expropriation, stating that it “may be nil”.

A constitutional amendment requires a two-thirds majority to pass. The ANC no longer have. With their 57% representation, the ANC either needs the help of the liberal Democratic Alliance (21%) who have resisted any form of an amendment or the EFF (10%).

There were, however, fundamental differences between the EFF and the ANC. The EFF wants all land under the custodianship of the state. The ANC inserted “custodianship of certain land” (although vague as to what this means) as a compromise, but this was not enough for the EFF to agree. The ANC also resisted deleting section 25(2), which places a duty on the state to compensate for expropriation. A carefully worded “may expropriate at nil compensation” leaves the obligation to compensate by clarifying that in some instances, just and equitable may be nil (rand). The EFF wants it to state “without compensation”, and basta.

This whole process came to an end on 7 December 2021 when the amendment did not receive the needed two-thirds majority. But all is not lost. Many lawyers are now admitting that “just and equitable” does not mean “market value” by default. The Expropriation Bill that makes explicit what is implicit in section 25, as ordinary legislation is meant to do, should be passed within the first quarter of 2022.

But most importantly, land reform has been placed on the public agenda, and the state is under more pressure than ever to ensure that a successful land reform program delivers. But as the Ugandan proverb goes: A roaring lion kills no game – the government will do well by delivering and implementing instead of talking. Otherwise, this process will be repeated.

DOWNLOAD PDF
LICENSED UNDER CC BY SA
SUGGESTED CITATION  du Plessis, Elmien: No Expropriation without Compensation in South-Africa’s Constitution – for the Time Being, VerfBlog, 2021/12/09, https://verfassungsblog.de/no-expropriation-without-compensation-in-south-africas-constitution-for-the-time-being/, DOI: 10.17176/20211209-112525-0. 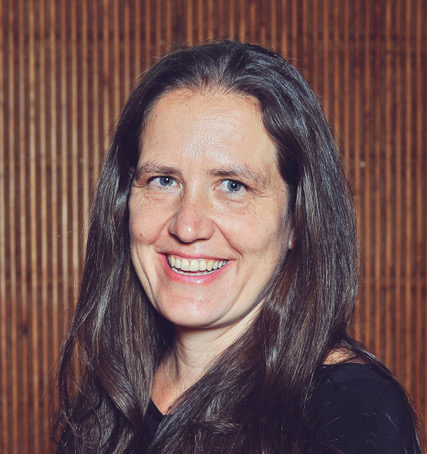 Elmien du Plessis Elmien du Plessis is a Professor at the Faculty of Law of North-West University, South Africa. She teaches land reform and legal interpretation, which is also her research interests.