The cancellation of tennis star Novak Djokovic’s visa by the Australian government last week highlighted some of the legal contestations and confusion surrounding vaccination mandates, but also gave a glimpse of Australian migration and public law. There is hope that the proceeding will provide some momentum for the reform of its most controversial aspects.

On Sunday, 16 January 2022, after a hearing which was watched from all over the world (85,000 people on youtube), the Full Federal Court of Australia dismissed Novak Djokovic’s application for judicial review of the cancellation of his visa. This was a unanimous judgement of a three-bench court. He was subsequently deported and therefore unable to compete in the Australian Open. Technically, Mr Djokovic could have sought ‘special leave’ to go to the High Court of Australia. He did not choose to make use of this further appeal, possibly because seeking leave to appeal to Australia’s supreme court is difficult and would have involved at least another week of litigation, which would have conflicted with his competitive commitments at the Australian Open.

The Full Federal Court made orders on Sunday but did not provide detailed reasons for their decision due to the urgent nature of the proceedings. They published the reasons for their decision four days later, on Thursday 21 January. The reasoning of the court was not surprising to most legal commentators in Australia – the judges applied accepted statutory interpretation principles and established legal doctrine to the case that reflects the strong judicial separation of powers doctrine in Australia.

The Visa Cancellation Decisions Made in Djokovic’s Case

The visa decisions made in relation to Mr Djokovic are complex and I will provide only a brief summary for context. In essence, the Australian Government granted Djokovic a temporary visa to come to Australia on 18 November 2021, but when he arrived in Australia late on the night of 5 January 2022, Border Force officials found that Mr Djokovic did not have sufficient documentation to support his entry. Although Mr Djokovic requested time to contact his lawyers and contest the cancellation, this time was not granted and his visa was cancelled in the early morning of 6 January. He was then transferred to an immigration detention hotel in Melbourne.

Unsurprisingly, Mr Djokovic engaged an experienced legal team and took action against the cancellation before the Federal Circuit of Australia, which is Australia’s first instance federal court. The matter was heard by the court on an urgent basis and on 10 January, Justice Kelly ruled that the decision to cancel Djokovic’s visa had been affected by a legal error called ‘procedural fairness’ (due process) and should be quashed. This arose from a finding that Mr Djokovic had not been given sufficient time to contest the decision to cancel his visa.

The fact that Mr Djokovic’s lawyers were able to successfully argue procedural fairness is interesting as this is one of the most highly litigated grounds of judicial review in Australia. So much so, that a number of provisions in the Australian Migration Act explicitly exclude this ground from use in judicial review.

Although the court had made this finding, the Immigration Minister, Alex Hawke, made a decision on 14 January to cancel Novak Djokovic’s visa for a second time. He did so by relying on his broad and personal ministerial powers under s133C (3) of the Migration Act. That section allows the Minister to cancel a visa if he or she is satisfied that a person’s presence in Australia might be a risk to the health, safety or good order of Australia and the cancellation is in the public interest. The use of the word “might” is important – the Minister did not need to show Djokovic would pose a risk, only that he may do so.

Cancelling Djokovic’s visa for the second time, the Immigration Minister reasoned the tennis player’s conduct and stance against vaccination may encourage others to emulate him by reason of his high profile and status. Most significantly, this section of the Migration Act does not permit affected applicants to lodge a ‘merits review’ to the Administrative Appeals Tribunal, which would have allowed Mr Djokovic to ask for a tribunal to reassess the evidence underlying his cancellation. Further, it specifically excludes procedural fairness which meant that Mr Djokovic was not able to challenge the decision on the grounds of any due process breach.

In the urgent hearing before the Full Federal Court on Sunday, 16 January 2022, two issues of the ministerial decision were discussed at some length. To begin with, Mr Djokovic’s lawyers argued that it was ‘irrational’ for the Immigration Minister to only question the effect Djokovic’s presence would have on anti-vaccination sentiment in Australia and not to consider the other side of this argument: that Djokovic’s deportation might lead to an increase in anti-vaccination sentiment and civil unrest.

The choice of this ground of judicial review is interesting as the ‘irrationality’ ground, which was developed as part of the well-established ‘unreasonableness’ ground in Australia, is considered by some to be ill-defined and controversial. Prior to the case introducing ‘irrationality’ into Australian law (Minister for Immigration v Li, 2013), challenges to executive decisions brought on the ground of unreasonableness were rarely successful. The reason was that the test for unreasonableness was at that time based on the English Wednesbury standard. The Australian standard for ‘unreasonableness’ is now much broader than this. However, the threshold for establishing irrationality remains quite high – there must be some illogically which is material to the decision in question.

Additionally, Djokovic’s lawyers argued the Minister’s reasoning lacked sufficient evidence to support the contention that his presence in Australia might pose a risk to the health or good order of the Australian community and the contention that Djokovic had a “well-known stance on vaccination”. Djokovic’s lawyers conceded that Djokovic had previously said he was opposed to vaccinations. However, they pointed out that, as reported in the BBC article, he “later clarified his position by adding that he was ‘no expert’ and would keep an ‘open mind’ but wanted to have ‘an option to choose what’s best for my body’”.

The Full Federal Court rejected those arguments. It held that the Minister’s finding that an iconic world tennis star may influence people “does not need evidence. It is the recognition of human behaviour from a modest familiarity with human experience.” It further held that there was a rational foundation for the Minister’s view that Djokovic’s presence in Australia might foster anti-vaccination sentiment. On a statutory interpretation point, the court held that it was only necessary under the Migration Act for the Minister to consider the risks arising from the presence of Mr Djokovic and there was no statutory obligation to consider what risks, such as protests, may arise if he was removed from Australia.

The legal team engaged by Djokovic made all the arguments that they were able to, yet there are two aspects of the litigation which made it extremely difficult for Mr Djokovic to win. Firstly, Mr Djokovic bore the onus of demonstrating that there was a legal error in the reasoning of the Minister. The Full Federal Court was asked to assess the legality of the decision by reference to whether it was irrational and lacking in evidence. Whilst it could be said that some of the evidence relied on by the Minister was not overwhelmingly strong, there was some evidence and there was no patent illogicality.

Secondly, the broad powers of the Minister set out in s133C, relating to public order and the public interest, meant that the court had to apply the grounds of judicial review to those particular terms. Terms like ‘public interest’ have been used by Parliament to give the Minister broad power. In turn, the court is limited to only assessing legality, which made it very difficult to intervene in this case by quashing the second cancellation. Since the Minister only had to demonstrate that Mr Djokovic might cause protests and civil unrest in Australia, the threshold for evidence was very low.

In Australia, judicial review of an administrative decision is confined to an examination of the legality of the decision under review. It is not a procedure in the nature of an ‘appeal’. This means that the Full Federal Court was not permitted to undertake a general review of the decision. Neither is it possible for the Court to substitute the Minister’s decision with its own, which is characteristic of the strict separation of powers in Australia between the judiciary and the executive arms of government.

A highly interesting constitutional issue touched by the case is that Australia does not have a bill of rights at the federal level. This is relevant as some legal commentators argued that the case raised freedom of expression issues, because one of the reasons the visa was cancelled was that Mr Djokovic’s presence could have incited anti-vaccination discussions and protests. Although there is no bill of rights in the Australian Constitution, Mr Djokovic could have argued the ‘implied freedom of political communication’, particularly if he had taken the matter to the High Court. The interaction between the case and this implied freedom is therefore still an open matter.

Finally, this case raises a number of issues about the Australian migration system. The expansive personal powers of the Immigration Minister have been subject to criticism by both civil society and academics for years. This case may provide some momentum for reforming those powers. In addition, the Melbourne Immigration Detention hotel at which Mr Djokovic was detained has been the subject to some controversy in Australia. This is because approximately 32 asylum seekers and refugees have been held there in detention, many of them for long periods. Australia is one of the few countries in the world which permits the indefinite detention of asylum seekers. Many in the Australian refugee legal community are hopeful that the public scrutiny of the proceedings in the Djokovic case will improve outcomes for these vulnerable persons and end their harmful detention. 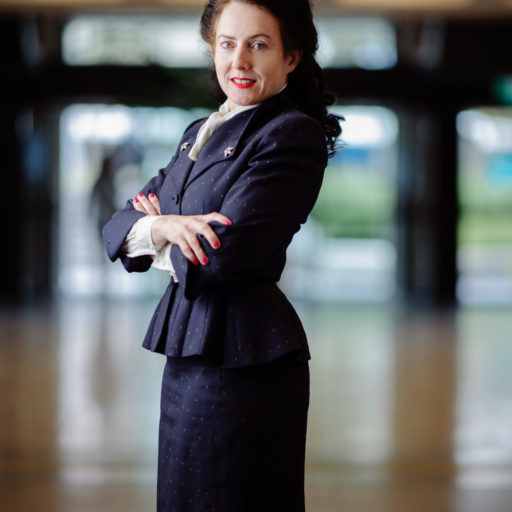 Other posts about this region:
Australien No Comments Join the discussion
pixel_not_set
Go to Top