Of Constitutional Subterfuge and the ‘Integration’ of Kashmir

Kashmir has always had a central place in Indian politics. For decades since our independence it has fed into our nationalistic impulses, externally by conjuring up a ready image of an ‘enemy’ in Pakistan and internally to many, as a painful reminder of an incomplete integration. Amidst the eternal wrangling for Kashmir we had mastered the politics of ‘othering’, making Kashmir an object of gaze, if not the subject of constant indictment. Its special status as a state with its own Constitution, its legal system and its moral codes have always infuriated the ‘integrationists’ – evoking sentiments of discrimination and a constant rhetoric of assimilation. That Kashmir for generations has only witnessed the brutality of enemy lines, of internal upheaval and military force is testament, we have been told, of how Kashmiris have refused to accept India’s generosity and benefaction. It was about time that Kashmir had to be brought into the ‘mainstream’ and ‘integrated’ into the Indian ethos and Constitutional system. Conversely, it was time that the Indian state make its way into Kashmir, in totality, and bring along with itself, as it were, ‘development’, ‘prosperity’ and ‘advancement’ to an ‘alienated’ peoples. Enough with the dialogues, the conversations or for that matter, with Constitutional propriety.

For real prosperity however, the government tells us, one needs to remove all the vestiges of the past, especially the ones that have kept Kashmir distant from the Indian heartland. Historically, in the backdrop of partition in 1947, Kashmir, a Muslim-majority princely state under the reign of Maharaja Hari Singh decided to join the Dominion of India, but only under conditions, as elaborately concluded in the Instrument of Accession with India, that allowed its people the autonomy to be governed by their own legal and constitutional regime. Article 370 of the Indian Constitution encapsulated that promise and mandated that Constitutional provisions could be extended to Kashmir by the central executive only upon the ‘concurrence’ of the state. The original powers of the Indian parliament would extend only to matters that comprised defense, external affairs and communication. For everything else, the state of Kashmir and its own elected representatives would decide for themselves. Art. 370 being the central pillar of this compromise was fully entrenched under the Indian Constitution, malleable only upon the ‘recommendation of the Constituent Assembly of the State’. The Constituent Assembly of Kashmir having finalized its own Constitution in 1956 and thereafter dissolved, meant that Art. 370 was to remain as a lasting emblem of the historical settlement, unless of course, reversed by the dictates of popular will. This much has become part of legal jurisprudence recognized by the Indian Supreme Court on a number of occasions in the past.

Many, especially in Kashmir, viewed Art. 370 of the Indian Constitution as a delicate bridge between Kashmir and India, reminiscence of a relationship that had to be carefully nurtured and mutually reinforced. But the present government’s narrative has been quite the opposite, characterizing Art. 370 as a road to perdition, only fueling separatism and further radicalization in the valley. Throughout its recent electoral campaigns the government has  remained adamant– that it was in fact Art. 370, that was the bane of all that is awry in Kashmir and therefore had to go. Thus with a single stroke and within less than 48 hours, the Constitutional compact which had granted a special place for Kashmir to autonomously determine its own legal and cultural paradigm within the Indian state, was withdrawn, unilaterally and immediately (See also Statuary Resolution). If that was not enough, Kashmir’s territorial boundary was re-drawn and its identity as a ‘state’ under the Indian federal system was revoked, with the central government bifurcating the former into two ‘Union Territories’ under the direct control and mandate of the latter. All this while the people of Kashmir, their voices and their representation was systematically muted, through brute force and raw power. This was at a time when the state apparatus was restrained, the legislative assembly was superseded and the Governor’s rule was in motion. Under the cloud of a state-wide communication black-out, an indefinite curfew and the arrest and detention of the local political leaders of the region, the current government carefully orchestrated a Constitutional manoeuvre that destroyed both, the letter and the spirit of the Constitutional accord.

In what was nothing short of a Constitutional heist, the present government, through a Presidential Order titled ‘The Constitution (Application to Jammu and Kashmir) Order, 2019), effectively extended the entirety of the Indian Constitution to the state of Kashmir, admitting of no exceptions. Recall that Art. 370 contained a set of safeguards and limitations requiring the express consent of the state of Kashmir with respect to any extension of Constitutional provisions, beyond what was originally agreed. Moreover, Art. 370 could not be interfered with, otherwise than through a recommendation of the ‘Constituent Assembly of the state’ of Kashmir. Manifestly disregarding these limitations, the government, instead, adopted an outside option and if one may add, a highly nefarious one. It introduced an amendment to Art. 367 of the Indian Constitution (a provision on interpretation), substituting the words ‘Constituent Assembly of the State’ for ‘Legislative Assembly of the State’ and further clarifying that ‘references to government’ of the state was to include references to ‘Governor’ of the state. In the context of President’s Rule that is currently in force in the state of Kashmir, what this meant was that the legislative assembly was practically defunct, with the Governor of the state assuming powers of the state legislative body. The Constitutional amendment therefore artificially created a chain of authority and legitimation that fused both the ‘Constituent Assembly’ of the state and the ‘Legislative Assembly of the State’ into the office of the ‘Governor’. The ‘Governor’, one may recall, serves ‘during the pleasure of the President’ (Art. 156) and in effect is therefore an appointee of the central government and is beholden to the cause of the government in power. To claim to have received the consent of the ‘Governor’ doubling as both the ‘Constituent Assembly’ and the ‘Legislative Assembly’ of Kashmir, is but a smack in the face of constitutionalism. A Governor is neither a representative of the people nor a substitute for an elected legislative body and to legally argue otherwise is but Constitutional subterfuge and as many have argued is an instance of a ‘colorable exercise of power’.

In this manner, the current government in India struck at the heart of an already persecuted people, denigrated an entire population and effaced an essential relationship that had kept Kashmir tied to India’s past, present and future. It speaks of the myriad ways in which the Constitution bleeds through a consolidation of majoritarian impulse in the country that manifests itself in the force of numbers. It belies every constitutional protection against an overzealous executive and capsizes the relationship between the people and the government. Formal legality of the procedure aside, it begs the question, if matters that affect the very identity of a federal state are to be decided through legal improbity, what remains of the promise of ‘integration’ if not further repression and forceful subjugation? If Constitutional treachery comes to the government so much without even a qualm, what meaning does democracy inspire to those very people, in whose name the government advances? The task was however set, while the modus operandi was hardly a compulsion. Towards the march to Kashmir, it mattered little that Kashmiris may want to write a destiny of their own. Liberation is what was promised, and freedom is what was guaranteed, however, if the language of ‘freedom’, ‘development’ and ‘progress’ operates so as to silence and suppress, how is it different from the story of hegemony and conquest? It is true that the Indian Constitution has witnessed several periods of extreme vulnerability in the past, but none perhaps has come close to the audacity and specificity of an evisceration, that resembles the present government’s response. 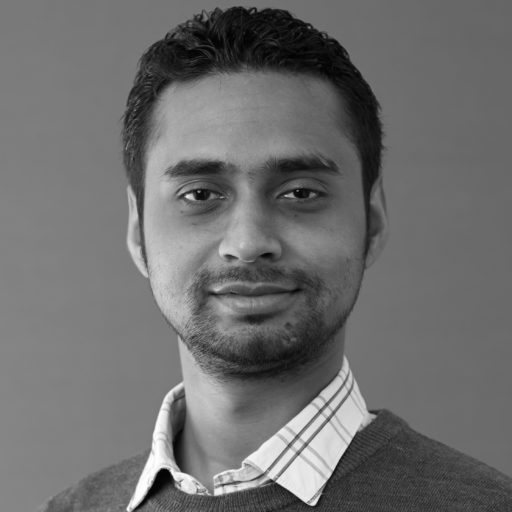