Of Vampires and Enemies

Why the Securitisation of Corruption Can Endanger Democracy

Anti-corruption legalism – defined as a repertoire of legalistic rules, discourses, and practices that perform a regulatory crackdown on corruption – is often a symptom of a broader phenomenon: the securitisation of corruption. Securitisation refers to complex social processes through which political actors frame a certain issue as an existential threat to valued referent objects, construct it as a security problem, and, in turn, acquire broad mandates to tackle it by recourse to emergency measures.

In this blogpost, I provide a historical overview of the dynamics of securitisation in the Nigerian context and highlight some lessons concerning the deleterious effects of securitising corruption in nascent democracies and transitional societies.

Nigeria’s fledgling democracy collapsed on 15 January 1966 after a group of military officers executed a coup d’état in response to the misrule, political corruption, and electoral malpractices in which the civilian government was implicated. Undertaking a violent anti-corruption campaign, the mutineers assassinated prominent members of the Nigerian politico-military establishment including the Prime Minister, the premiers of the Northern and Western Regions, and the reputedly corrupt Federal Minister of Finance. The military administrations, which emerged in the immediate aftermath of these developments, responded to popular demands for decisive anti-corruption regulation by framing corruption as a national security issue and an existential threat to the Nigerian state which had to be tackled separately from ordinary crimes.

As a regulatory paradigm, securitisation involved promulgating draconian criminal law frameworks redolent of militaristic notions of wars and crusades against corruption; excluding the application of the Bill of Rights in corruption trials; and fragmenting the judicial system through the creation of parallel and ad hoc anti-corruption tribunals. By the same token, anticorruption agencies also asserted plenary jurisdiction to promulgate ad hominem and retrospective enactments as well as impose forfeiture orders, administrative detention, and other anticorruption enforcement measures.

The labeling of corruption suspects as ‘vampires’ in Nigerian legal discourse thus marked the logical culmination of a complex and highly charged process of securitisation with roots dating back to the country’s colonial history. Securitised as a predatory class ab initio, corruption suspects therefore emerged as pernicious threats to be warded off and resisted – for within the volatile context of a War against Corruption, they could not be conceded normal procedural safeguards or transformed into legal subjects entitled to assert rights to fair hearing within the ordinary judicial process.

Yet, the anti-corruption sector also emerged as a terrain of contestation in which courts, anti-corruption agencies, and other constitutional actors struggled to preserve – and resist encroachment on – their respective jurisdictional spheres. Against this backdrop, judicial actors, corruption suspects, and other litigants progressively conceptualised securitisation within the anti-corruption sector as a baleful phenomenon. For the courts – as surviving constitutional actors from the preceding democratic dispensation – the repressive anti-corruption framework epitomised a diminution of constitutional norms and democratic values as well as a concomitant decline in judicial power. Corruption suspects – qua securitised public enemies – similarly read draconian anti-corruption decrees enacted by the military regime as minatory texts signalling an imminent loss of legal subjecthood. These tensions were thrown into sharp relief in a landmark judicial decision handed down by the Supreme Court in 1970.

In Lakanmi v Attorney-General (Western State), which involved the forfeiture of property through ad hominem and retrospective securitising measures, the Supreme Court collided with the federal military government by striking down impugned anti-corruption enactments as unconstitutional. In its momentous decision on 24 April 1970, the Supreme Court characterised the military regime as an interim administration that lacked constitutional authority to promulgate anti-corruption frameworks impervious to the rule of law and human rights. Whilst affirming anti-corruption regulation as a legitimate policy objective, the Court nonetheless reasoned that the securitising paradigm tended to severely compromise key normative values enshrined in the Nigerian constitutional order.

Assertively positioning itself as a guardian of the Constitution, the Court also established the principle that the persons depicted as corrupt in Lakanmi ought to have been afforded a meaningful opportunity to contest this framing in an independent adjudicatory forum that guaranteed the civil liberties, substantive values, and procedural safeguards enshrined in the 1963 Republican Constitution. In this respect, an interesting sub-text to the Court’s judgement was indeed the overarching insistence that Nigeria was still a constitutional democracy in 1970 – the military interlude notwithstanding – that could not, by definition, claim authoritarian recourse against any category of socially undesirable citizens.

The Aftermath: Reviving and Consolidating Securitisation

The Lakanmi decision was not well received. On 9 May 1970, the regime reacted sharply by promulgating the Federal Military Government (Supremacy and Enforcement of Powers) Decree No. 28 of 1970. By virtue of this Decree, the regime nullified the Supreme Court’s judgement, proclaimed itself a revolutionary regime impervious to constitutional restraints, and stripped the courts of much of their substantive judicial review powers. In order to consolidate the legislative abrogation of Lakanmi, the regime also successfully mobilised public opinion against the Supreme Court by caricaturing the normative concerns expressed in the judgement and framing it as a subversive attempt to derail the anti-corruption crusade.

The nullification of the Lakanmi decision led to an expansion of authoritarian power with the nascent regime subsequently emerging as a full-fledged military dictatorship. In Hope Harriman v Col. Mobolaji Johnson – a representative case decided after the Lakanmi controversy – the Lagos High Court conceded that Decree No. 28 had rendered legislative enactments and forfeiture orders of the military regime invulnerable to judicial review. Subsequent attempts to challenge the constitutionality of the anti-corruption statutory framework failed when an emollient Supreme Court indicated its reluctance to impugn the absolute legislative sovereignty of the military regime. Thus, against the backdrop of considerable political backlash, judicial resistance to securitisation faltered. The courts subsequently yielded to the military regime by handing down deferential decisions in corruption – and other politically salient – cases. These developments were refracted throughout the legal system with deleterious and far-reaching consequences for human rights, judicial independence, and the rule of law.

The advent of military rule in 1966 constituted a pivotal moment for Nigerian constitutional history and the subsequent trajectory of the country’s (anti)corruption discourse and policy. By dislodging a government perceived as ‘corrupt’, the mutineers who executed the 15 January 1966 coup sought to inscribe corruption within a securitised discourse that posited it as an existential threat necessitating an emergency response. Securitised as public ‘enemies’, persons designated as corrupt thus figured as existential threats who had to be summarily executed in order to secure the survival of the Nigerian polity.

Notwithstanding an initial phase of judicial resistance, securitisation curtailed the reach of judicial power into the anti-corruption sector thereby impeding the judicialisation of a particularly salient sphere of the Nigerian political process. There are good grounds for arguing that the prosecution of a repressive ‘War Against Corruption’ shaped a broader anti-democratic milieu which pressurised courts to deploy judicial power towards the success of the ‘war effort’ and signal their commitment to the anti-corruption crusade through substantial judicial deference.

The Nigerian experience holds some important lessons for transitional societies seeking to consolidate democratic forms of governance. For much of Nigerian constitutional history, successive military dictatorships sought to justify unconstitutional seizures of power by leveraging anti-corruption discourses and presenting themselves as corrective regimes. Thus, anti-corruption legalism, pressed in service of broader securitising processes, provided a basis for recurrent military intervention in politics. This suggests an imperative need to consider the unintended consequences and anti-democratic implications of certain anti-corruption discourses, practices, and strategies.

In more recent times, the securitisation of corruption may not necessarily manifest in violent anti-corruption crusades or overt military intervention. Yet, as an insidious phenomenon, securitisation can also occur beneath veneers of legality that erode constitutional safeguards in corruption cases and effectively shield anti-corruption measures from judicial review and the rule of law. Ultimately, the normative challenge confronting such transitional societies is to evolve anti-corruption strategies that deliver accountability and probity whilst simultaneously upholding other constitutional norms and democratic values.

Other posts about this region:
Nigeria 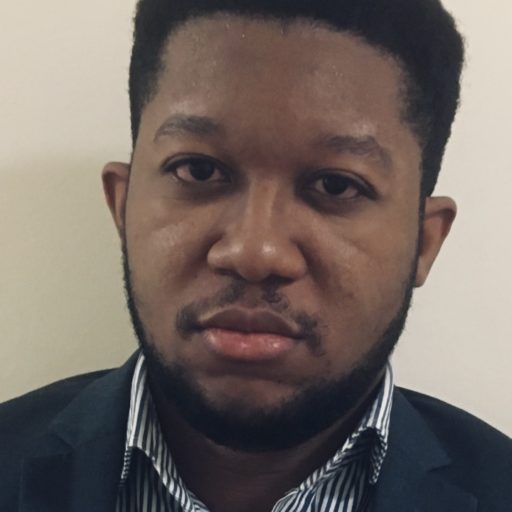 Other posts about this region:
Nigeria No Comments Join the discussion