The notion that scientific progress depends on access to the existing stock of knowledge is an old one. It dates to the 12th century when the French philosopher Bernard of Chartres observed: “We are like dwarfs on the shoulders of giants, so that we can see more than they, and things at a greater distance, not by virtue of any sharpness of sight on our part, or any physical distinction, but because we are carried high and raised up by their giant size.” (John of Salisbury, quoted in Robert K. Merton, On the Shoulders of Giants, 1965, chapter 9, p. 10). And, famously, Sir Isaac Newton echoed this sentiment in a 1675 letter to Robert Hooke saying: “If I have seen further it is by standing on the shoulders of Giants.” (Chaomei Chen, Mapping Scientific Frontiers, 2013).

It is not surprising, then, that scholars are not universally enthusiastic about for-profit publishers acting as gatekeepers of knowledge.

As Joshua Gans has pointed out in his terrific book on open access, in “2012 Tim Gowers – a Fields Medalist in mathematics – wrote a blog post targeting various practices of Elsevier and calling for a boycott of the academic publisher. Gowers cited the publisher’s high prices, bundling practices, tough negotiating tactics, and Elsevier’s support for various public policies.” Similarly, in 2001 economist Ted Bergstrom pointed to the fact that journals are expensive but draw largely on the free labor of academics who write and referee the papers, and edit the journals.

“Open access” can be taken to mean many things. But at its core is an ideal of free or largely-free publishing. In practice it means something quite different. But it is worth asking what an optimal system might look like. I will analyze this question from the perspective of an economist, and through the lens of market design. But before getting to how best to design knowledge markets, some basic economics of innovation must be discussed.

Economists have formalized this concept, and shown how economic growth more generally – not merely scientific progress – depends on “ideas”. In the early 1990s Philippe Aghion, Peter Howitt, and Paul Romer pioneered what has become known as “endogenous growth theory”. This theory emphasized the development of ideas as a crucial determinant of technological progress.

It is worth pausing briefly to discuss this theory, because it shows why some degree of market power for some players in the knowledge-generation ecosystem is valuable. We will return to the question of who should have that market power and how large it should be.

Romer’s contribution was to highlight that producing ideas has large set-up costs but potentially low marginal costs of replication. For instance, a pharmaceutical company may spend a lot of money on research & development, but once that cost has been paid producing additional pills is extremely cheap.In order to get a return on this large investment – and to make the development of new pharmaceuticals viable – some degree of monopoly power is required. Otherwise other parties who didn’t invest in developing the new drugs could simply copy them. This is why economists are generally in favor of government intervention of some sort in these markets – such as intellectual property rights and subsidies for basic research.

Aghion and Howitt highlighted the role of “creative destruction”.  Namely, that innovation can render old technologies obsolete, and hence that innovations come with externalities – costs or benefits for other parties. Romer emphasized the positive externalities – specifically that ideas are non-rivalrous. A classic example is that everyone can use Pythagoras’s Theorem now it has been discovered. Aghion and Howitt focused on the negative externalities – namely that new ideas can render old ideas obsolete, thereby deterring innovation in the first place. Put another way, why make a big investment in R&D if future R&D by others will render yours obsolete?

The answer to this conundrum is that market power protects the rents earned by innovators.

This all suggests that purely free academic publishing will lead to too little knowledge generation. A reasonable response to this is that academics aren’t in it for the money – that they innovate for the love of it, or for recognition and other professional accolades. This is no doubt true, but it raises the question of whether all the work academics do in the publication process – writing, refereeing, and editing – put in the optimal level of effort based on non-pecuniary benefits. In other words, is status enough?

My own instinct is to answer this in the affirmative, but it is ultimately an empirical question. But for the remainder of this article, I will assume the answer is “yes”. This leads us to the question of how to organize the dissemination of knowledge, assuming that the production of knowledge is a separable question, and that production is organized efficiently.

The backdrop against which the open access debate is occurring is well captured by the interventions of Bergstrom and Gowers. It might be roughly put this way: Academics do all the work in the knowledge ecosystem, why don’t they get all the rewards? Or, to refine that slightly: if publishing simply involves collecting journal articles (and other contributions to knowledge) in one place and distributing them (digitally, perhaps), how can it be that publishers get such large rents?

Indeed, a preliminary question is whether publishers do get large rents. One way to think about this is to look at the market value of such publishers. A leading example is Reed Elsevier, which is currently valued in excess of US$60 billion, and has performed strongly in recent years, despite the advent of the open-access debate. 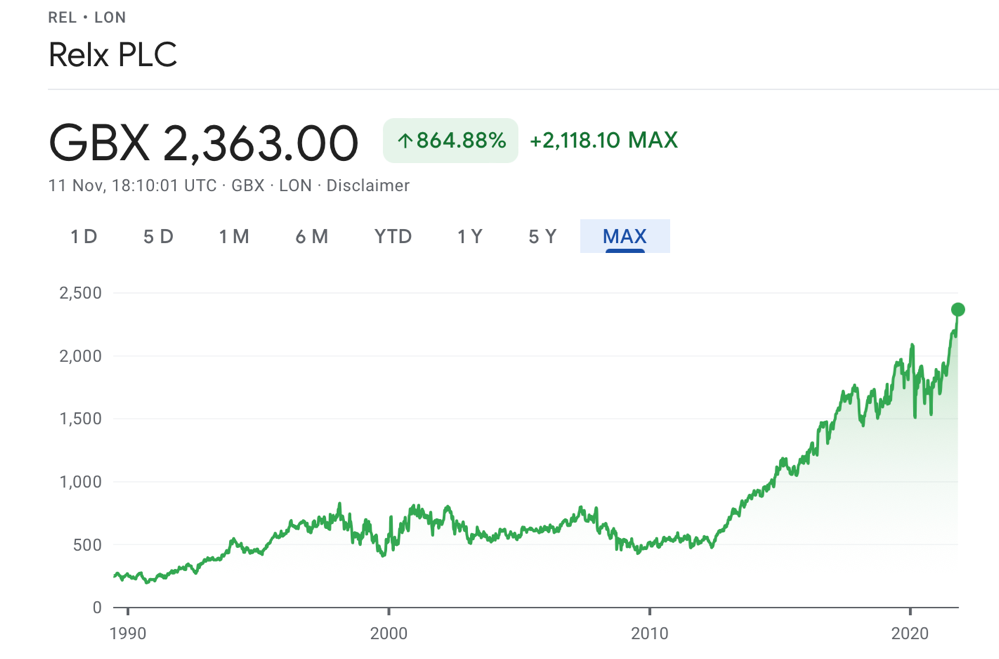 This is one example, but there are many. The question then is what value such publishers add?

There are three possibilities. One is that publishers have monopoly power. They set price above marginal cost, leading to higher prices and lower quantities than is socially optimal. The second possibility is that publishers earn a return commensurate with their marginal product, in the traditional economic sense. Publishing requires financial capital, marketing, distribution, and so on. Perhaps these activities are very valuable. With academic contributing their labor for free, publishers perhaps simply reap the total rewards from valuable production of knowledge.

A third possibility is that publishers play a coordinating role – akin to what Robert Akerlof and I have dubbed “Movers and Shakers”. Our theory emphasizes the potentially outsize returns that can be earned by agents that coordinate economic activity – particularly by being central in a network. A lot has to come together to publish high-quality journal articles month after month. The journal must be seen as prestigious, the editors must be high quality, referees must submit useful and timely reports, and so on.

One thing the Akerlof-Holden framework makes clear is that even if all the agents in a network are ex ante identical, one agent emerges as the centrally-connected agent who earns a rent for their position. In equilibrium this agent plays a valuable role, but ex ante any of the agents could end up being the “mover and shaker”. In other words, maybe prestigious journals controlled by certain publishers play a valuable role ex post – but their existence is a matter of luck.

This squarely raises the question of whether the market could be re-designed to deliver a different equilibrium outcome – perhaps with less market power for particular players.

Let us begin with current proposals for open access. There are two main variants. So-called “gold old open access” involves a journal’s papers being freely available, with fees from authors funding the journal. Under “hybrid open access”, openness is determined at the article level. Journals give authors the option of publishing their paper with an “open access license” which means that readers pay no fees to access it.

How would gold open access at top-ranked journals come about? This would require all authors to pay fees to journals. Would those fees be modest or large? The current operation of hybrid open access provides some clues.

A more practical question is how hybrid open access works. Here authors are given the opportunity to pay for open access of their accepted article. This routinely runs into several thousands of dollars per article. It is unclear what incentive individual authors have to do this, but if they do the proceeds simply flow to the publisher. From an economic perspective this is nothing more than the publisher exercising their market power of a different side of the market. Where once they extracted rents from readers (especially and including libraries), now they extract rents from authors.

Worse, still, some authors are required by their funders to pay for open access. This is true of various private foundations, as well as a number of government funding bodies. Again, the current equilibrium in this market is for very large fees to be paid. It is clear that publishers expect funders to simply “add on” the publication fees to the research grants they are providing eventual authors. This is not “free”. This is research funding that could otherwise be usefully spend doing research that is being diverted to publishing research.

I share the view of Joshua Gans (p. 14) that “the activist movements to counter publishers’ market power have been unsuccessful” and that reforming the knowledge ecosystem will require much more dramatic efforts. As Gans puts it: “rather than opening access to journals, I believe that scholarly publishing reform should focus on disseminating the knowledge contained within them.”

The big question is what that looks like. I don’t know the answer but let me sketch an intriguing possibility. Can publishing be fully decentralized using some of the lessons from – and perhaps technologies of – blockchain/distributed ledgers?

Imagine a pool of scholars who are jointly the authors, referees, and editors involved in the top journals in their field. Imagine these scholars commit to use tokens to “pay” referees on this platform. These tokens can only be used on this publication platform. A token earnt as a referee can be used as a publication fee (and perhaps submission fee). Publication is all digital, and thus the typesetting and other expenses are modest. Authors may need to pay an entry/annual fee (in cash, and presumably from their research budgets) to fund the third parties who typeset the papers and run the website disseminating them.

If many of the top scholars in a field were part of this ecosystem it would, by definition, be prestigious to publish in that ecosystem. Could current journals sustain their reputation as being “the best” in light of that? I conjecture that at a minimum there is an equilibrium in which that reputation is not sustained, and we move to a new equilibrium where scholars, in a decentralized fashion, control knowledge.

This is a version of the “distributed access” model of which Gans speaks in his monograph and of which there have been initial forays.

To me, this fulfills the aspirations of “pure open access”. The existing models of “gold” or “hybrid” seem like pale imitations of it where publishers simply use their market power to extract rents from different sides of the market, but nothing fundamentally changes. 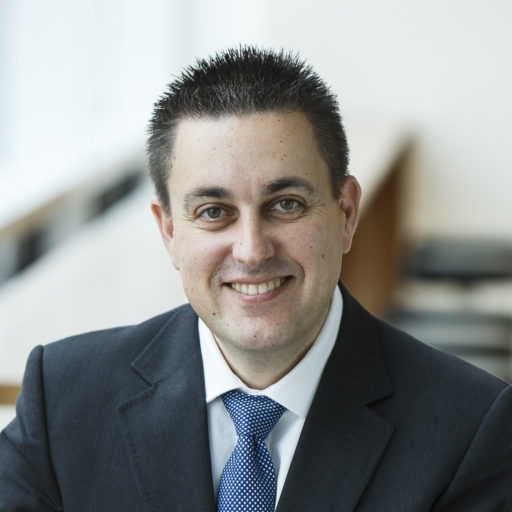 Richard Holden Richard Holden is Professor of Economics at UNSW Business School and director of the Economics of Education Knowledge Hub @UNSWBusiness in Sydney, Australia.