Marijuana use, apparently, does not affect long-term persistence.

It was 1998 when Garreth Prince received the first judicial rejection of his challenge to South Africa’s criminalization of marijuana. That refusal was confirmed by the South African Constitutional Court in 2002, and a subsequent application to the African Commission on Human and Peoples‘ Rights was also unsuccessful.

Two weeks ago, twenty years on, Mr Prince (together with some co-litigants, and with probably decisive help from court-appointed counsel) succeeded where he previously failed. The Constitutional Court confirmed a lower court ruling that cultivation, possession and use of marijuana is now legal for adults provided it is done in private and confined to private personal use. As this phrasing suggests, the basis is the right to privacy.

So what changed? Why a different outcome now? The answers are of interest to the broader debate on liberalization around the world, to watchers of the South African Constitutional Court, and to students of the link between litigation and social change.

First, it seems to have mattered to the judges that the global position is liberalizing.

The limitation clause in the South African Constitution includes a reference to what is ‘reasonable and justifiable in an open and democratic society’. Judges sometimes take cognisance of developments in other ‘open and democratic’ societies when using this text. And twenty years ago, with only a handful of decriminalizing exceptions like the Netherlands, Colombia and Portugal, there was little to see around the world beyond the war on drugs mentality. Today, as the decision notes (paras. 79, 94) and as I have recently discussed elsewhere, there is a much more noticeable trend in this direction.

This apparently mattered enough to the Court that it decided to count ‘societies’ to include federal sub-divisions, so its list of ‘33 jurisdictions’ representing ‘many democratic societies’ actually covers only 9 countries plus parts of Australia and the United States (para. 79).

Second, although the responsible minister opposed the order, the judges expressed disappointment at the government’s weak submissions to justify its stance.

The court of first instance gave the government generous time to prepare, but little was ultimately offered to justify the limitation on privacy intrusive policing represents. Submissions were limited, and not always convincing. The government’s expert affidavit by a medical doctor claimed research showed ‘beyond reasonable doubt’ that alcohol and tobacco’s harmful effects on the user are ‘far less’ than those of cannabis – a view that, as the Court noted (paras. 65-69), is contrary to both the position of the World Health Organization and the statutory drug policy body set up by the South African government itself.

Third, a grounding in privacy apparently helped, including in shifting the burden of proof to the government.

A privacy challenge meant the state was being asked to take negative action – to stop policing private cannabis-related activities done in private. Under the South African rights limitation enquiry, the government bore the burden to justify this infringement on privacy. Uncertainties therefore became government failures to justify the limitation.

By contrast, Mr Prince’s challenge from twenty years ago had sought an exception to accommodate Rastafarian religious practice. The greater positive action that entailed – to show that an exception would be practicable – seems to have led a bare majority of Justices back in 2002 to conclude that doubts about practicability should instead count against Mr Prince. Whether or not it is doctrinally consistent, the later privacy argument seems to have shed this sense of positive, accommodationist pluralism and led to a classical negative liberal kind of enquiry where doubts meant the state had not justified its intrusion.

Finally, this month’s Prince judgment, against the backdrop of the earlier one, also looks like more evidence for the South African Court’s growing assertiveness.

Certainly, factors were present that have long been crucial to the Constitutional Court’s willingness to act. The government’s own statutory anti-drug body has come down against criminalization. There was a thorough judgment in the court of first instance, which included that court commissioning its own expert report on the issue. The Court also suspended most of its order for 24 months in deference to a legislative solution.

But with that said, I nevertheless see a generational shift.

The first Prince application came early in the Court’s life, and was one of its very first cases on an issue of that kind. Nervousness at being perceived to have gone out on a limb and legalized marijuana may have stayed the hands of judges who were very alive to their nascent institutional position, and cautious with the Constitution’s. This may be at least as important as the details of the rights analysis in explaining why uncertainty in 2002 was assessed differently to uncertainty in 2018. Although the 2018 Court shows due care for the issue (paras. 113-27), it is noticeably more sanguine about the ability of the police to deal with challenges arising from its ruling than in 2002, when this was a decisive sticking point.

Twenty years on, Mr Prince may now use marijuana in peace. (Poorer South Africans, with less access to sufficiently private space, might not). For the Court, however, the possibilities and challenges of a shifting institutional stance may be only just beginning. 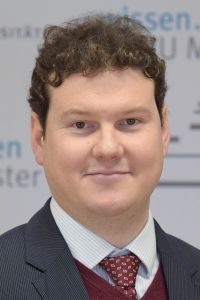