Pandemic and Executive Powers in Colombia: A Problem and a Modest Proposal

The way in which the events surrounding the pandemic in Colombia have unfolded, and the measures taken so far by the executive branch have led us, once again, to think about presidential powers: their scope, extent and limits. The first question we ask ourselves is: what kind of powers does the executive branch exercise when it orders measures such as national mandatory self-confinement? Perhaps in the midst of uncertainty and fear it seems natural to us that mayors, governors and ultimately the President have decided to confine us to our homes under threat of a fine if we don’t follow the precise guidelines of the various decrees and administrative acts. But such power and restriction of our freedom is a matter of concern that we must examine closely. We must also pay attention to the institutional mechanisms that are being deployed to deal with the crisis. In the current situation, not only does the what in the decision matter (i.e., mandatory self-confinement measures), but also the who and the how (i.e., whether the decisions are adopted by mayors, governors or the President – and, in the latter case, if the President does it through exceptional or ordinary powers).

On March 6, 2020 Colombia confirmed the country’s first case of Covid-19. The Minister of Health, governors, mayors and other authorities implemented various measures to respond to the transition from the containment to the mitigation phase of the pandemic. These measures included border controls, restrictions on movement, limitations on social gatherings and curfews. The Ministry of Health’s Resolution 464 of 2020 is noteworthy. Through this Resolution, the Ministry ordered mandatory self-confinement of anyone over 70 years old until May 30, 2020. The goal was to protect the population most vulnerable to the virus. A few days later, when the number of patients affected by Covid-19 was around 70, regional and local governments also ordered self-confinement measures.

The National Government’s reaction came on March 17. Through Legislative Decree 417 of 2020, President Iván Duque declared a State of Social, Economic and Ecological Emergency (hereinafter, State of Emergency) in the Colombian territory as a result of the pandemic. As mandated by Article 215 of the Colombian Constitution, the President declared the State of Emergency for thirty days invoking public health and economic reasons. Following this decree, the President, the Ministries of Health, Labor, Agriculture and several other public offices have issued hundreds of administrative acts to deal with the crisis. Amongst all the possible issues to examine in relation to this subsequent mirage of norms, we are particularly concerned about the mandatory self-confinement measures. The President adopted such measures through ordinary Decrees 457 and 531 of 2020. The constitutional sources of these decrees are Articles 189.4, 303 and 315 of the Colombian Constitution, which give the President broad powers to control public order in the country, even over the actions of mayors and governors in their territories.

In light of current events and the decisions made by the executive branch, an important debate has sparked around two main questions: what are the powers attributed to the President, and what are the appropriate legal mechanisms to face this crisis? According to the Colombian Government’s theory (the “ordinary powers theory”), general mandatory self-confinement measures are a means to preserve and restore public order and, as such, may be adopted through ordinary administrative decrees that are subject to judicial review by the Council of State (Consejo de Estado). Since these measures are ordinary powers, they can be adopted without any time limits and without a direct connection to the declaration of a State of Emergency. Governors and mayors throughout the country have defended a similar theory and derived their powers to adopt these measures from Articles 296, 305 and 315 of the Colombian Constitution.

In contrast, some constitutional scholars have defended the so-called “extraordinary powers theory”, which holds that this type of measures can only be adopted through exceptional executive powers rooted in the Constitution. The ordinary powers thesis (defended by the Government) is not simply inconvenient; it is, in our opinion, openly unconstitutional for several reasons. First, when the President adopts self-confinement measures through ordinary administrative decrees, he deactivates automatic judicial review by the Constitutional Court (Corte Constitucional). Second, to hold that this kind of powers derive directly from the Constitution and are only held by the executive branch could imply that Congress has no power to overrule acts of Government. Such an understanding of Article 189 of the Colombian Constitution grants almost unlimited powers not only to the President, but to the governors and mayors in their respective territories. This would allow for massive restrictions of constitutional rights with very few limitations, since the notion of “public order” can be interpreted very broadly.

For the reasons mentioned above, the extraordinary powers theory is preferable to the one defended by the Government. The former acknowledges a characteristic that any Constitution should have, namely, to be a useful instrument in the control of power. However, this theory also has some flaws, particularly in the current Covid-19 pandemic. There is no denying that we are going through a crisis and that as a society we face a great challenge. The declaration of a State of Emergency is therefore justified. But we also know that this situation will probably last longer than the 90-day limit mandated by the Constitution for a State of Emergency. What will happen once these 90 days have passed and it is still necessary to maintain measures of obligatory social distancing? This theory seems to imply that we will need successive declarations of a State of Emergency in coming months once the limit has been reached. What we have just described is not a minor issue since the President acquires special legislative powers during a State of Emergency. Additionally, this situation seems contrary to Article 215 of the Constitution, which establishes the strict 90-day limit for a State of Emergency.

Exceptional powers are not a lesser issue in Colombian constitutional history. The Colombian Government’s abuse of the State of Siege (Estado de Sitio) throughout the 20th century under the old 1886 Constitution led to important changes in the Colombian institutional framework. These changes took shape in Articles 212 to 215 of the 1991 Constitution, which regulate the states of exception that exist in the Colombian legal system: Foreign War, State of Internal Disturbance and State of Social, Economic and Ecological Emergency. In an institutional system characterized by the excessive weight of executive power, the aforementioned articles limit the President’s power by establishing time constraints for extraordinary powers and automatic judicial review by the Constitutional Court.

If, as many experts have suggested, the crisis generated by SARS-CoV-2 lasts two years or more, it is clear that the situation cannot be overcome in the 90 days that the Colombian Constitution establishes as the maximum term in cases of social emergency. Moreover, it is doubtful that a situation that lasts this long could be considered “exceptional”. We should begin to think about what institutional tools are at our disposal to deal with the difficulties linked to the pandemic and, specifically, how to best regulate compulsory social isolation measures.

Several institutional tools may be adequate to deal with this crisis. Favoring one tool over another depends on the particular theory defended by authors and advisors and their legal and political assumptions. According to the ordinary powers theory, an ordinary decree is the best way to impose self-confinement measures. It is expeditious, flexible, allows successive policy changes, is discretionary and makes the acts of Government subject to less strict control. According to the extraordinary powers theory, a legislative exceptional decree is the right tool. It has some of the advantages of an ordinary decree (such as its flexibility), but has stricter judicial control and fixed time limits (although it also runs the risk of granting broad powers to the President and such decrees have the same hierarchy of laws adopted by Congress).

In the Colombian case, these two theories have occupied all the space of the constitutional debate. There is, however, a third option. One that might be called the “political process’ theory” in which Congress takes a more predominant role in the crisis. The value of this theory is that it starts the process of creating a solid, comprehensive and flexible normative framework for dealing with both the current crisis and future public health events involving measures of self-confinement. This framework attends to constitutional democratic principles, where issues of this magnitude are discussed openly before Congress and scrutinized by the public.

A comprehensive normative framework should address questions such as who can order isolation measures (the national Government? Mayors? Governors? All of them?). It should specify: the coordination mechanisms to be used among the different levels of government (national, regional and local); the procedures that must be followed to take these measures (the creation of experts committees, whether it should be a requirement to have the prior opinion of an experts committee, and whether such opinion should be binding); the precise role of Congress in exercising political control; and, the judicial mechanisms that would be available to control the actions of Government. Finally, this framework should include transparency requirements in connection to data and information that would serve as the basis for self-confinement decision-making, as well as measures to mitigate the damage that self-confinement causes to the most vulnerable social groups.

These issues address some of the main concerns that institutions such as the Committee on Economic, Social and Cultural Rights (CESCR) have raised recently with regards to the Covid-19 pandemic. The CESCR has recommended that responses to the crisis should be based on the best available scientific evidence. It also recommends that emergency measures and powers adopted by authorities should not be abused, and should not extend indefinitely in time. These guidelines reflect the democratic controls needed at this point in time, and suggest that the political process’ theory is a more robust basis to generate public and Congress scrutiny of measures being taken in Colombia to deal with the pandemic. Likewise, this theory allows better control of the abuse of power by establishing jurisdictional mechanisms aimed at avoiding the arbitrary exercise of the powers through the direct intervention of the Constitutional Court. Similarly, the requirement to establish formal scientific committees to accompany the executive’s decision processes, as has been done in other countries, is a way of demanding that the authorities base their decisions on solid scientific evidence.

We recognize that conversations about the fine details of political process’ theory are just starting, but it is important to embrace right away its constitutional and democratic ethos. If we keep in mind that there is a national and international consensus that we still have a long way to go before we overcome the pandemic, it is the right time to focus our attention on what legal and political alternatives are at our disposal to ensure robust mechanisms of governmental accountability and the best outcomes, especially for those in most need. 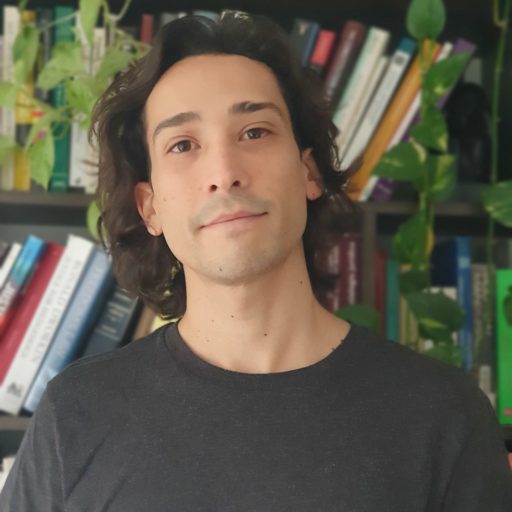 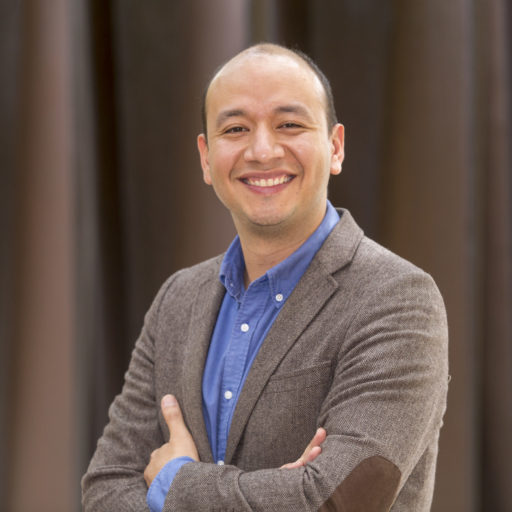