Parallel Paths that Need to Cross?

On 27 July, three Sudanese migrants were shot and killed by the Libyan coastguard. They had attempted to escape at the moment of disembarkation on the Libyan coast, after having been pulled back while trying to reach Europe.

This was not an isolated incident: according to reports by NGOs, journalists, and the UN, violence and abuses perpetrated against migrants by the Libyan coastguard are the norm. This notwithstanding, the 2017 Memorandum of Understanding (‘MoU’) whereby Italy and Libya committed to cooperate to stem irregular migration was recently renewed. Based on this MoU, the Libyan coastguard is supported and trained by means of funds and resources coming from Italy and the European Union. In fact, the EU backs this MoU financially and politically, even if the document was concluded as a Member State’s soft deal (i.e. a non-binding cooperation tool displaying a certain normative force).

The above sheds a disquieting light on soft deals in the field of readmission, which are multiplying also at the level of the Union. The EU-Turkey Statement (2016), the EU-Afghanistan Joint Way Forward (‘JWF’) (2016), the EU-Bangladesh Standard Operating Procedures (‘SOP’, 2017), and the EU-Ethiopia Admission Procedures (‘AP’, 2019) are prominent examples of a trend towards informalisation of cooperation on readmission, which deserves attention from the standpoint of EU constitutional law.

Why Use Soft Deals in the Field of Readmission?

The relationship between soft law and constitutional guarantees has attracted increasing academic attention, as the use of soft law has become an ever more pervasive phenomenon in the Union’s legal order.

Supporters of soft law underline several qualities that make it a particularly promising tool for internal Union governance, in areas such as the development of the internal market. Soft law adopted in these fields has the advantage of being participatory and non-hierarchical. This is so at least when it results from transnational coordination among networks of peers which commit to certain goals and review each other’s performances. This structure arguably makes certain types of soft law more transparent, as the decision-making process is not only visible, but also open to the input of all stakeholders. In addition, soft law is capable of adapting to the peculiarities of national contexts, by relying on diverse sets of commitments by different Member States or on loose guidelines rather than detailed standards. Finally, soft law is flexible and easier to agree upon. By its very nature, it does not require lengthy procedures (such as the process of ratification typical of binding international agreements). Moreover, it has a low reputational cost (precisely because of its non-binding nature) and does not subject its authors to classic accountability mechanisms.

Its capacity to create synergies among experts and civil society and to orient action while allowing for differentiation are considered the main strengths of soft law in addressing issues ranging from social policy to environmental protection. Arguably, to achieve objectives such as coordinating national policies or supporting Member States in applying technical legislative documents, soft law has a potential that hard law cannot match. Soft law is capable of reaching areas that are impervious to binding regulation, as well as of complementing framework legislation that requires incremental implementation and continuous input from experts. When fulfilling these goals, soft law perfects the normative framework built by traditional hard norms without trumping them.

These considerations do not seem capable of justifying the use of soft deals in the field of readmission.

First, the use of soft deals in this area does not make negotiations more transparent or participatory. To the contrary, the negotiation of soft deals excludes actors that would otherwise have a say, such as the European Parliament (‘EP’), and are conducted in an opaque manner. Even ex post access to documents related to the negotiations is often denied (see, for example, the General Court’s judgment in Access Info Europe v Commission).

Secondly, with respect to external action, soft law is no more adaptable to the diversity of the national contexts than binding international treaties, as the latter are negotiated with individual third states and, thus, diversified based on the results of such negotiations. Even the participation of only some Member States in international agreements is already possible within the sphere of hard law, by means of recourse to mixity.

Thirdly, soft deals do not enable outcomes that could not be negotiated in the context of binding readmission agreements or reach areas that are unreachable for ‘hard’ regulation. In fact, informal deals such as the EU-Turkey Statement, the EU-Afghanistan JWF, the EU-Bangladesh SOP, and the EU-Ethiopia AP are analogous, in their content, to binding readmission agreements.

The only elements that distinguish soft deals from formal agreements are flexibility (often to the detriment of the Union, as the Turkish threats to stop complying with the EU-Turkey Statement show) and lower negotiation costs (due also to the lack of transparency surrounding their negotiations).

Based on the above, one could argue that soft law does not fulfil a complementary role in the field of readmission when compared to hard law. Rather, it presents as its main advantage the strategic bypassing of procedural and substantive constraints, embedded in the EU legal system, which would be operative with respect to binding international treaties.

In a legal system that claims to be autonomous, and founded on a set of values which include the rule of law, recourse to alternative forms of governance precisely to bypass the law, rather than to improve or complement it, is problematic. It may lead to the conclusion that such a use of soft law is unconstitutional tout court.

If soft deals in the field of readmission are to achieve quick and flexible solutions without becoming a sheer strategy of elusion of the constitutional framework of the Union, they must stand the shackles of at least certain constitutional parameters. In particular, soft deals concluded by the EU should be considered subject to those constitutional principles that govern EU institutional action in all circumstances, regardless the binding or non-binding nature of its outcomes. Among those principles, institutional balance is particularly promising to contain soft deals within constitutionally acceptable boundaries, allowing for flexibility but eschewing the risk of strategic norm-avoidance.

According to Art. 13(2) TEU ‘Each institution shall act within the limits of the powers conferred on it in the Treaties, and in conformity with the procedures, conditions and objectives set out in them.’ The Court of Justice of the EU (‘Court’) has interpreted this article as enshrining the principle of institutional balance, by requiring the institutions not to encroach upon each other’s prerogatives (see, for example, Council v Commission, para. 64). Such a principle has a role to play in the framing of institutional action leading to the conclusion of soft deals for two reasons.

First, the principle applies every time an EU institution ‘acts’, including through soft deals, as confirmed by the Swiss MoU judgment. Accepting the relevance of institutional balance for soft deals also implies that the latter are subject to the principle of conferral and, as a consequence, grounded on an (albeit implicit) Treaty legal basis.

Secondly, institutional balance fully displays its normative force precisely when no decision making procedure is envisaged in the EU Treaties for the adoption of certain acts, as is the case for soft deals. In fact, those Treaty norms which codify decision-making procedures in detail crystallise and thus safeguard different sets of institutional prerogatives. For example, by describing the procedure to conclude a binding international agreement, Art. 218 TFEU already specifies the way in which the different institutions are required to interact. In this scenario, the principle of institutional balance is left to perform, at best, a supplementary interpretative function. In contrast, in the absence of a codified procedure, institutional balance becomes key in preventing the institutions from acting arbitrarily by recalling that each of them is granted a certain set of prerogatives in general architecture of the EU, as well as in relation to each legal basis, including readmission.

The prerogatives of each institution in the field of readmission can be inferred through a combined reading of the general institutional provisions (Arts 13-19 TEU) and the legal basis in the field of readmission (Art. 79(3) TFEU). Albeit not directly applicable, Art. 218 TFEU is also relevant, to the extent that it gives useful indications on the role that the different institutions are required to play in the EU’s external relations after Lisbon.

The combined reading of these provisions leads to the conclusion that the Commission is to represent the Union externally, and to conduct negotiations based on political decisions adopted at the level of the Council. The EP is required to perform a significant political control function in the AFSJ field, so that it must be kept informed on the main developments of negotiations and must be consulted by the Council before final decisions are made. In addition, the Council’s decision-making role must be embedded in – but not replaced by – the high-level guidance deriving from the European Council. Finally, the allocation of powers among institutions is to be closely guarded by the Court, itself subject to the principle of institutional balance and, at the same time, charged with the task of ensuring its respect.

Institutional balance tells the relevant actors that this allocation of roles must be respected, albeit through flexible procedural arrangements, when concluding soft readmission deals. This has not been the case so far. The most prominent example of this subversion of institutional balance is the EU-Turkey Statement, negotiated by the (Member States in) the European Council in total disregard of the allocation of roles among institutions. However, an elusion of the constitutional allocation of powers is characteristic also of the other three deals mentioned above. In fact, the EU-Afghanistan JWF, the EU-Bangladesh SOP, and the EU-Ethiopia AP were all negotiated by the Commission following the Council’s directives. Thus, their negotiation and conclusion marginalised the EP.

The qualification of these deals as non-binding has – in and of itself – entailed the potential to exclude direct scrutiny by the Court under Art. 263 TFEU, because the latter is limited to acts ‘intended to produce legal effects vis-à-vis third parties’. Naturally, direct reviewability of soft deals partially depends on the interpretation of Art. 263 TFEU by the Court. The Council and Commission may attempt to elude political control by the EP and judicial scrutiny by the Court though recourse to soft deals, but it is for the Court to ultimately determine whether the normative force of these deals is sufficient to allow for direct judicial review. In addition, indirect review through the preliminary ruling procedure remains possible.

The Court has already scrutinised soft deals and reaffirmed institutional balance by sanctioning the Commission’s encroachment on the political decision-making function belonging to the Council (Swiss MoU). It is hoped that, if the Court was presented with the occasion to reaffirm the EP’s prerogatives in the negotiation of soft deals, it would seize it as well. 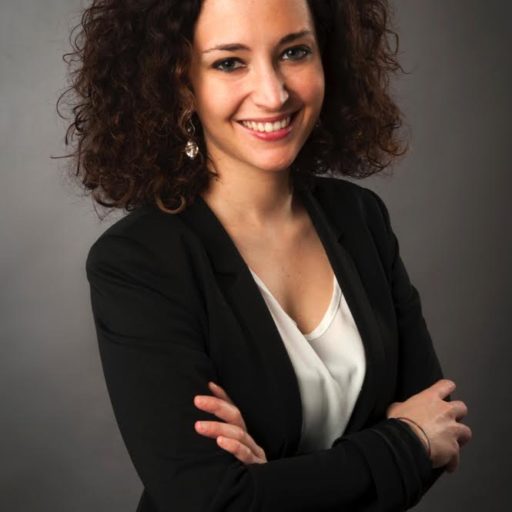