Pathogen Dematerialisation as an Existential Threat to Global Health Justice

There is little denying that this is a critical moment in time for global health justice; the ongoing COVID-19 pandemic has highlighted the fundamental inequality which exists between developed and developing states with regards to access to vaccine. This is not a new phenomenon, with developing states having long been unable to secure sufficient or timely access to vaccine during a pandemic. The favoured solution to this problem has been the use of transactional access and benefit sharing (ABS) agreements, where low-income countries “trade” their pathogen samples in exchange for vaccine or other medical countermeasures. By placing benefit-sharing obligations on the users of genetic resources, the use of ABS agreements within global health seeks to deliver justice and equity to developing states, narrowing the gap which exists between them and their developed counterparts with regards to access to life-saving medical countermeasures and the distribution of other advances in medical science, whilst simultaneously ensuring that public health researchers are provided with access to pathogen samples in a timely manner.

However, the ability of dematerialised pathogen samples to bypass the provisions of ABS agreements raises several concerns surrounding not simply their functionality, but also fairness, equity, and justice. Whilst solutions to the problem have been proposed within academia and policy-circles alike, the argument presented here outlines the flawed nature of a number of the suggestions and of ABS more broadly. An alternative solution is therefore essential in order to secure the welfare of future populations, particularly those inhabiting developing states, and to offer a source of protection to the long-term future.

Pathogen Dematerialisation and the ABS Loophole

Rapid levels of growth and development within the field of synthetic biology pose an undeniable threat to equity and global health justice as a result of the rise in the dematerialisation of pathogen samples. Until fairly recently, it was impossible to detach physical virus samples from the information they contained – the sample was the information – but technological advancements have allowed for the dematerialisation of pathogen samples to occur on a global scale. Whilst there are undoubtedly benefits to be derived from dematerialisation, it poses an existential threat to those international agreements which are underpinned by ABS arrangements, most notably the Convention on Biological Diversity (the Convention) and its supplementary agreement, the Nagoya Protocol (the Protocol).

Whilst the ABS schemes provided by the Convention and the Protocol play a vital role in providing developing states with access to life-saving vaccine and other medical countermeasures, thereby helping to ensure the continued survival of their populations, both agreements fail to explicitly include reference to dematerialised pathogen samples – commonly referred to as Digital Sequence Information (DSI) – within their scope. The application of both the Convention and the Protocol is limited to ‘genetic resources’ and to the benefits arising from their utilisation, with ‘genetic resources’ referring to ‘genetic material of actual or potential value,’ whilst genetic material means ‘any material of plant, animal, microbial or other origin containing functional units of heredity.’ As genetic resources are understood by their ‘physical materiality,’ increased dematerialisation of pathogen samples has resulted in questions surrounding whether DSI falls within the scope of ‘genetic resources’ under the Convention and the Protocol, with a benefit-sharing loophole ultimately being created. This loophole is the result of the common belief that DSI falls beyond the scope of the Convention and the Protocol, and as such, is able to bypass ABS requirements and be shared on a global scale without the obligation to share the subsequent benefits, undermining both international agreements in the process.

The existence of the benefit-sharing loophole here will have a significant impact on pandemic preparedness and access to medical countermeasures in the event of a pandemic (either naturally or synthetically derived) in developing states. Both the Convention and the Protocol were clearly designed to ensure more equitable distribution of advances in medical sciences which are derived from physical biological specimens, and so a future move towards synthetic biological materials or dematerialised specimens could lead to suboptimal distribution of benefits, causing humanity to permanently lose great potential and allowing great suffering, most notably in those developing countries which are reliant upon the Protocol in order to access life-saving vaccine and medical countermeasures. With the availability of dematerialised pathogen samples expected to rise in the coming years due technological advancements making the process easier and less costly, it remains vital that a satisfactory solution is found which will enable the benefit-sharing loophole to be closed and for the growing dematerialisation of pathogen samples to be captured by, and governed within, the ABS transaction.

The Role of National ABS Legislation

A partial solution emerges through the acknowledgement that the parties to the Protocol are able to include reference to dematerialised pathogen samples within their national ABS legislation, requiring a user to obtain Prior Informed Consent and to negotiate Mutually Agreed Terms which define  conditions for the access and utilisation of DSI, as well as the sharing of benefits arising from their use. The consequence here is the closing of the benefit-sharing loophole, albeit on a national level, which significantly reduces the threat posed by synthetic biology and the dematerialisation of pathogen samples to equity, fairness, and global health justice. The problem in taking or relying on such an approach to circumvent the threat, however, is the patchwork of national legislation relating to the sharing of dematerialised pathogen samples which emerges on a global scale, with the measures implemented by the parties being likely to vary dramatically. The result here is an increase in ‘jurisdiction shopping,’ with the intention of finding the state with the least restrictive DSI benefit-sharing obligations in place. This ultimately results in the sub-optimal distribution of benefits once again, with distribution being restricted to those states with the least demanding obligations, if benefit-sharing occurs at all.

Including DSI within the Scope of Article 3

The issues which emerge from the reliance on national legislation to capture dematerialised pathogen samples within the ABS transaction can seemingly be avoided through expanding the scope of both the Convention and the Protocol to explicitly include DSI. This would seemingly introduce greater consistency and certainty, whilst ensuring that DSI is subject to benefit-sharing obligations. Whilst claims have been made that it is possible to interpret the current language and terminology utilised by both the Convention and the Protocol to include DSI, contention exists within the international community as to whether the definition of genetic resources or genetic materials could or should be recognised as including DSI. Powerful developed states, and non-state actors, in particular are strong advocates for DSI remaining beyond the scope of the Protocol in order to avoid additional benefit-sharing obligations.

Although the inclusion of DSI within the scope of the Convention and the Protocol may go some way to preventing the sub-optimal distribution of benefits, through ensuring that dematerialised pathogen samples are subject to benefit-sharing obligations, there is the potential for it to enhance human suffering and limit human potential as a result of it being perceived to stifle necessary and timely scientific advancements. Many within the scientific community have expressed concern that open research and development – both of which are vital for pandemic preparedness – would be significantly hampered should DSI be included within the scope of the Protocol. This is a direct result of the complex and burdensome ABS framework, with it being debatable as to whether the transfer or movement of DSI can be tracked at all.  Whilst the long-term future of developing states is undoubtedly threatened by the ability of DSI to bypass the ABS transaction, delay in scientific advancements, the production of vaccine during a pandemic, and so on would equally threaten human potential and the continued existence of populations on a global scale, suggesting that more needs to be done to balance the interests of all relevant stakeholders instead of simply expanding the scope of the Convention and the Protocol to include DSI.

In order to secure the welfare of future populations, particularly those inhabiting developing states, and to offer a source of protection to the long-term future, the dematerialisation of virus samples ultimately must not be allowed to bypass the ABS provisions of the Convention, the Protocol, or other international agreements which may emerge in the future. However, it is clear that the current methods or suggestions for how to capture DSI within the ABS transaction are insufficient and inherently flawed in nature, often producing greater problems in the long run. A potential solution may be to abandon the use of ABS altogether and to treat the issues which it is trying to solve separately; finding a means of ensuring that pathogen samples – whether physical or dematerialised – are shared freely and in a timely manner on a global scale and finding an altogether separate solution to ensuring that developing states are able to access vaccine and other medical countermeasures during a pandemic. Either way, it remains vital that a suitable solution to this growing problem is found before it is too late and the long-term future of some populations is irreparably jeopardised. 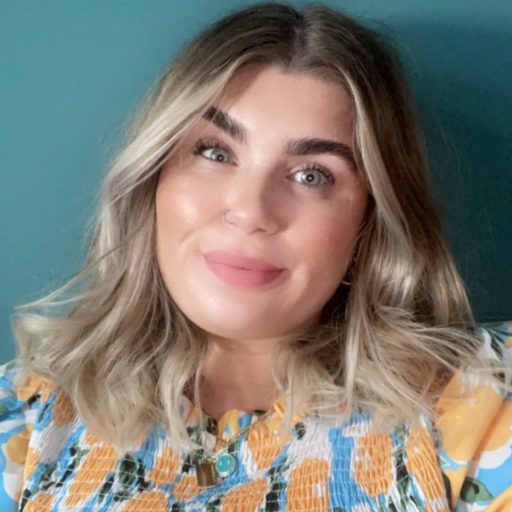 Abbie-Rose Hampton Abbie-Rose Hampton is a PhD Student within the Department of Global Health and Social Medicine at King’s College London. Her research project seeks to determine whether transactional ABS agreements are capable of delivering global health justice during a pandemic.