Penning a New Narrative of Turkey as a Military Nation

Amid heated discussions over the upcoming elections, one of the largest set of prosecutions in the history of the Turkish Republic has been completed this year. In the aftermath of the military coup of July 15, 2016, which claimed the lives of 250 people in a single night and triggered a state of emergency rule that endured two years, over 100.000 investigations had been carried out and 289 trials were opened against the perpetrators. As of May 2022, all 289 cases are concluded in the courts of first instance. Appeal procedures of the roof trials are also close to an end. The courts proved to be a constitute element of this new constellation of powers in the post-2016 era, re-adjusting the narrative of Turkey as a military nation.

Trial Retribution Was not Prompt, but Thorough

The procedures were organized into two roof trials, General Staff Roof trial and Akıncı Airbase trial; the first one concerning the planning and organization of the coup, the latter dealing with civil-military cooperation in the coup making. The court handed its decision on the General Staff Roof trial in June 2019, sentencing a total of 126 defendants to life in jail, while acquitting 33. In July 2022, the case was finalized with the decision of the Court of Cassation to overturn the life sentences of four defendants and to approve the rest. In Akıncı Airbase trial, the court handed 75 life sentences and 19 jail sentences between 12 and 16 years in November 2020. The case was approved by the Court of Appeal in June 2022.

Given the highly political nature of the matter in dispute, one expected a swift retribution from the courts in line with the victor. Nevertheless, the coup attempt cases neither started nor finalized in a short span of time. The first hearings of the two main trials started only ten months after the coup bid and lasted three to five years at first instance. As of July 2021, the number of trials whose appeal process was completed in the higher courts was 83; meaning that only 28 percent of the cases could be closed in five years. The absence of special tribunals and retroactive usage of law, on the other hand, did not avert injustice as the suspects suffered from severe violations of due process and illegalities such as leaking of information to pro-government press, torture, and ill-treatment. Actually, manifest bias of the court boards against the suspects let these trials to be seen as sham. Just to give an example, the Ankara Chief Public Prosecutor spoke to the media and assured the public that the prosecution process was only a procedure and those involved in the making of coup would get aggravated life sentences. They did. Among nearly 7500 charged, the courts sentenced 3,000 defendants to life in jail. Of these, 1761 were former military officers including 109 generals, state-owned Anadolu News Agency reported.

The coup attempt case is significant in many respects. For a country that was ruled by military juntas following two successful coups in September 1980 and May 1960, experienced strong military interventions in 1971, 1997 and 2007, and consequently classified as a military democracy for decades, life sentences on soldiers were unprecedented. Convicting these former military officers, the courts also radically altered the narration of civil-military relations in official history.

The official narrative of the relation between army and the nation has two intertwined elements. First, the military and military virtues are inseparable from Turkishness, which is captured by the terms “military nation” or “nation in arms”. The military is perceived as the symbol of nationhood and national pride.1) Second, their relation is hierarchically designed, so that the army tutors the nation and guards the national ideals and interests. The armed forces do not only defend the homeland, but also the Republic and the constitution.2) However, the July 15 coup attempt, exercised largely by parts of the military challenged this relationship.

The government’s narrative on the July 15 coup attempt sees the putschists as an instrument of western powers – primarily of the US – and that their action should in fact be considered as an act of foreign invasion. Therefore, when the President Erdoğan appealed the people on the night of the instigation to take the streets against the putsch, he revived the ethos of resisting to an invasion. In the same vein, the coup bid is believed to fail because of popular resistance. The nation is said to have stood against and thwarted the coup attempt and protected the Republic and its institutions at the cost of their lives. Not the military, but the people as natural born soldiers without a uniform faced off and defeated traitors in military uniform.

Othering the Gülen-Terrorists from the TAF

The victory of the nation over the traitors in military uniform and its emergence as the savior of homeland reversed the tutelary relation between the army and the nation. The nation’s guardianship over the Turkish Armed Forces (TAF) was backed by legal and constitutional civilianization reforms of the government between 2016 and 2018. Notably, the Chief of the General Staff was placed under the Ministry of National Defense, controlling mechanisms of the President and the Ministry of National Defense over the TAF was enlarged, the Supreme Military Council is now dominated by civilians, and judicial autonomy of the armed forces was terminated.

The courts played a critical role in the modification of the military nation cult by detaching those in the dock from the military. In the indictments3), the putschists were introduced not as military officers, not even proper members of the army but those of Islamist Gülenist Community, an old ally of the government who had already been designated a terror organization by the time of the coup attempt. Accordingly, the putsch took place in the form of Gülenist Terror Organization acting through his militants nested in the TAF. Before courts, the July 15 incident was officially called “the Coup Attempt of Gülenist Terror Organization/Parallel State Structure”, portraying it as an attempt not by the military members but by terrorists, who captured military ranks and acted in line with the aims of this terror organization. In that way, the courts gave the remaining cadres of TAF a chance to dissociate themselves from the putschists.

Additionally, the courts created the image that they were just a servant of the gallant nation. Since the nation was the real owner of the victory against the putschists, its desires would shape the courts’ decisions. The crowd was allowed to gather outside of the court halls, harass the defendants while they entered the buildings, and voice their demands concerning the court judgment. Those familiar with the broad strokes of the developments will remember the scenes of public enthusiasm before the court halls in Sincan Prison Compound in Ankara, where the General Staff Roof trial took place: people were chanting for reenactment of death penalty, holding posters and demanding a new single dress code for coup plotters. After they had protected the national will and democracy against the coup makers on the night of July 15, the people were then ensuring that the so-called terrorist were getting what they deserved. In this context, state sponsorship of the gatherings before the court halls is noteworthy: Transportation to and from the court halls was provided mainly by municipalities free of charge. In the summer days, municipalities pitched tents in front of the court halls to comfort the audience while it waited outside, and procured food and beverage.

After July 15, the military hierarchy was reshaped by executive decree-driven purges. During the state of emergency rule 15,021 military personnel were removed. Even afterwards, another 4,562 soldiers were sacked until June 2020. The disregard for procedural safeguards caused profound human rights violations. The most common of these infringements concerned the post-coup mass detentions and the following pre-trial detention practice. Recently, the European Court of Human Rights (ECtHR) ruled in September 2022 for 230 detained judges on the cases of Ataman and Others v. Türkiye, Bayram and Others v. Türkiye, Geleş and Others v. Türkiye, and Ulusoy and Others v. Türkiye that applicants’ rights to liberty and security were violated due to the lack of reasonable suspicion and the longevity of their pre-trial detention within the frame of Article 5 of the Convention. Actually, the ECtHR has arrived at similar decisions for about 430 more applicants since 2019 on the usage of pre-trial detention measure by the domestic courts,4) which clearly attests to the widespread use of unlawful practices in coup attempt prosecutions.

While all this was happening, the government continued to work in partnership with the TAF. In the immediate aftermath of the coup attempt, the TAF launched three unilateral military operations in Northern Syria and four in Northern Iraq. In January 2020, it deployed armed forces to Libya, followed by Azerbaijan, Qatar and the Eastern Mediterranean. As a consequence, effectiveness of military operations in foreign policy has increased, while frustrating expectations of a civilianization of politics at the same time. The courts proved to be a constitute element of the new power shift in the post-2016 era. While reprehending the suspects as terrorist and traitors, the July 15 coup attempt case managed to scapegoat and ostracize those in the dock. In that way, the courts provided the TAF with an exit from humiliation and restored the unity between the army and the nation under the supreme power of the government, basically of its leader.

DOWNLOAD PDF
LICENSED UNDER CC BY SA
SUGGESTED CITATION  Kars Kaynar, Ayşegül: Penning a New Narrative of Turkey as a Military Nation: How the July 15 Coup Attempt Trials Helped to Reconciliate the Nation and the Army, VerfBlog, 2022/10/05, https://verfassungsblog.de/penning-a-new-narrative-of-turkey-as-a-military-nation/, DOI: 10.17176/20221005-230721-0. 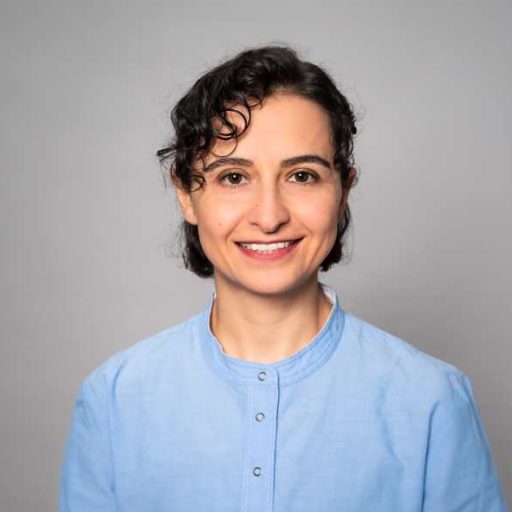 Ayşegül Kars Kaynar Ayşegül Kars Kaynar is a doctor of political science and an Alexander von Humboldt Stiftung research fellow at Humboldt University in the Department of Social Sciences as well at the Center for Comparative Research on Democracy. ORCiD >>

Other posts about this region:
Türkei No Comments Join the discussion