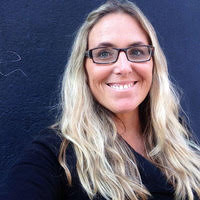 Dr. Yael Berda is an assistant professor at the Department of Sociology and Anthropology at Hebrew University.

SHOW ALL ARTICLES OF
Yael Berda

In the ABC of the OPT, Orna Ben-Naftali, Michael Sfard and Hedi Viterbo offer a guidebook for the legal tourist – a narrated cartography to the strange legal planet that has become Israel/Palestine, governed by hundreds of military and civil officials that harbor wide discretion and a flexible rule that I call phantom sovereignty. Shaped as a lexicon, it includes entries that offer both a thematic and a chronological history of what Ben-Naftali has previously called "the Israeli version of international law". It is also a guide to the relics and ruin of old colonial practices, and to the legal and administrative legacies of old empires that have been adopted, innovated upon and developed into international law, as well as into the Palestinian past and present (see Stoler, Duress: Imperial durabilities in our times, 2016, 37-67).

Fleshing out the concepts, doctrines and toolkits of rule that make up the legal terrain of the world’s longest remaining occupation, the format of the lexicon revives the colonial and imperial phantoms that have created international law, and how those legacies are used today by the Israeli state against the Palestinian population in the occupied territories and beyond. Since one of the most powerful tools of colonial rule has been the creation of colonial knowledge, and the transformation of the world of the subjects through administrative, economic and physical means of violence, as well as international institutions (see Anghie, Colonialism and the birth of international institutions, NYUJ Int’l L. & Pol. 34 (2001): 513), the use of the lexicon seeks to cut through the colonial political grammar of the occupation. The legal grammar of the occupation is usually boxed in within some complex mode of analysis of asymmetric conflict; or the thin cobwebs of human rights law that look at the occupation one violation at a time, essentially doing away with the larger political context of the occupation – the partition plan, the war of independence and the Nakba of 1948.

In this brief review, I will explore two aspects of the legal cartography offered in the book in the entry on nomos and the entry on military courts. The entry on nomos, authored by Orna Ben-Naftali, takes on a thematic thread of the entire book and explains how Israel created an alternative legal universe of international law. The entry on the military courts, written by Hedi Viterbo, looks at the institutions that have intervened in the lives of most of the Palestinian population: Israel has arrested and detained over three quarters of a million Palestinians. In 2018 alone, the military arrested 6500 Palestinians, 1800 of whom were children.

Both entries demonstrate the ways in which sovereignty over Palestinians is deployed by bureaucratic means, its weapons of procedural violence creating thousands of mundane daily routines and decisions carried out by clerks, soldiers and judges that remain unknown – Phantom sovereigns.

Ben-Naftali, in her entry on nomos, takes us on an exploratory journey to the land where the Israeli version of international law rules. Like a dedicated guide, she enters this terrain, which is the text of Judge Edmond Levy’s report, without preliminary judgment, or disdain. She truly tries to speak the language of the strange legal country that pops up with every page of the report. She does not, as some liberal legal theorists would do, cling to the procedural flaws of the legal language of the strange country, or to the broken way it uses international law. She does not remain at the edges of the interpretation, threatened by the way it conjures a semblance of law, devoid of its spirit. She is willing to look over the shoulder of the bureaucrat, or the lawyer, as sociologist Max Weber suggests, in order to understand the boundaries of their respective worlds.

The text she chooses to guide through and which “succinctly exempliﬁes the Israeli nomos is contained in a report of an expert committee, established by the Israeli prime minister […] to examine the legal status of Israeli construction in the Judea and Samaria” (p. 278). This report concludes that from an international legal perspective, the West Bank is not occupied territory; the law of belligerent occupation is not applicable to the area; the “prevailing view” in international law is that Jewish settlements are lawful; and that Israel has a valid claim to sovereignty over the territory.

Ben-Naftali goes into the report, trying to understand what kind of world is created by the Israeli understanding of international law that has been developed in the text. Woven throughout the lexicon are possible explanations for the question how Israel uses international law as a regime of justification. Regimes of justification, according to sociologist Luc Boltanski, explain the way people make moral and political sense of their world and justify their particular actions and collective way of life.

Although the Levy committee report was to determine the status of the Israeli settlements according to international law, it was actually a government response to domestic pressures. On the one hand, pending petitions in the High Court of Justice to demolish illegal outposts put forth by human rights organizations and Palestinian residents of the occupied territories; and on the other, the demand from the Israeli settler lobby for a legal basis for the settlements. While there is nothing new in the understanding that domestic politics forge national interpretations of international law, the Levy commission’s report brings the disparity between the norms that can be agreed upon at the domestic level and the norms that can be agreed upon at the international and transnational levels to a new benchmark. The disparity severs any continuity of interpretation and reference between international law as understood by the Israeli government and the rest of the legal world. The Levy committee decides in its report that there exists no belligerent occupation – and if there is no occupation, than the law of occupation does not apply. Moreover, most importantly for their purposes, the very thing deemed illegal by the law of belligerent occupation, which is settling the occupied area with the occupier’s population, is seen as not illegal at all.

The peculiar way in which the Levy committee uses the long life of the occupation of the OPT in order to legitimate its legalities is not original, but has roots with imperial discourse concerning occupied populations. The committee concluded that Israeli rule over the occupied territories through administration and law over time has laid the groundwork for the very legality of Israeli control of the territory, because the law of belligerent occupation can apply only to short-term occupations. Legalizing occupation with its own duration is reminiscent of the response of the British colonial government of India, when facing the Indian independence movement’s claim that they must "quit India". The British, in response, claimed that India was British by law and had been for over a century. Alongside the temporal argument lies the language of the mandate for Palestine, given to the British by the League of Nations in 1922, that included the text of the 1917 Balfour declaration that Palestine was the territory in which the Jewish national home was to be built. Ben-Naftali, in her entry on nomos, writes on how international law becomes inseparable from the historical ethno-national narrative. "That narrative unfolds a deep conviction in the exclusive right of the Jewish people to sovereignty over the land of Mandatory Palestine. This conviction – indeed, vision – informs its construction of international law. Transported to the normative world, this vision posits a revision of international law." (p. 283 (

Actually, the Levy committee does not engage with international law. It is almost unconcerned by the community, legal technologies, text and mechanisms of power that scholars, practitioners, politicians and the public call international law. Ben-Naftali brilliantly shows how for decades, it was actually the mere utilization of the framework of the law of belligerent occupation by the High Court of Justice that was supposed to provide legitimacy for the military rule over the occupied territory. The Levy committee’s narrative itself exposes the illegality of Israel’s occupation, for if there is not a belligerent occupation, then the military commander has no authority to rule, which means that all legal and administrative decisions taken by the military apparatus of the occupation are illegal and were illegal retroactively. This illegality is further advanced by the committee’s vision for international law Israeli style, including an exclusive right to Jewish self-determination in the land of Israel, which is based on British colonial documents: the Balfour declaration of 1917 and the mandate for Palestine of 1922.

The Levy committee’s understanding of international law as enabling a racial hierarchy of self-determination and sovereignty is frozen in imperial time, yet deeply rooted in contemporary bureaucratic practices. Any and every critique of the Levy committee and the settlement project based on international law are met with domestic disdain. Ben-Naftali’s audience no longer inhabits the territory she writes of.

The nomos in which there is no occupation shares the same cartography with military courts, segregated physical spaces, with one gate opening to Israeli citizens, mostly lawyers, and the other opening for Palestinians residents of the occupied or unoccupied territories. In these mundane, bureaucratic courts, which are – as Hedi Viterbo shows in his entry – anything but exceptional or extraordinary, the product of the British colonial emergency defense regulations of 1945, there are no citizens, only subjects. These are courts, run by the military prosecution, in which thousands of cases are solved through plea bargains, usually after indictment sheets are filled with 20 items, to be reduced to five and bargained upon, with not a shred of evidence shown by anyone to any judge. The plea bargains are signed because very few Palestinians accused in military courts are willing to take the risk of chance and run the course of a trial. The footnotes of Viterbo’s entry on military courts that describe the structure, procedures and decision-making practices of the military courts tell the chilling story of one the most powerful institutions that govern Palestinian life since 1967. In this brief entry, Viterbo focuses on the ways procedural violence is employed in the military courts in the constant creation of uncertainty in the legal process and in legal outcomes.

The institutional cartography of the military courts is based on a series of contradictions between international law, military decrees and administrative practice. I call the contradictions that allow for an extreme flexibility in the decision-making of the colonial officials of the civil administration and the colonial judges of the military courts the building blocks of phantom sovereignty, formed and shaped by bureaucratic practice.

The nomos of the military courts, and the nomos of settlers in the view of the Levy commission is created in and through daily practices and routines of a colonial bureaucracy whose operation is based on legal emergency and raison d’état, and which adheres to a racial hierarchy that binds certain laws to specific populations. These laws are entirely based on a series of exceptions – exceptions to a rule that is never adhered to. A routinization of emergencies.

In many ways, Israel’s view of international law is precisely based on such permanent exceptions to a series of rules that were never adhered to from the outset of the occupation.