Pius Langa: a man who knew the meaning of transformation

Former South African Chief Justice Pius Langa passed away earlier this week at the age of 74. This measured man, one who never seemed flustered and always seemed to have time to reflect before speaking, was both a good person and a brilliant jurist. His many meticulously crafted judgments leave behind a fitting memorial to his life and work. But it was his famous 2006 speech on the nature of “Transformative Constitutionalism” for which he might very well become best remembered.
When a famous person passes away in South Africa, it is customary to laud the deceased and to gloss over the more unsavoury aspects of his or her personality or his or her life and work. Even scoundrels like the late PW Botha and the late Hansie Cronje were lauded by many after their deaths; lauded for qualities it would be difficult (if not impossible) to believe they ever possessed. In an attempt to respect the deceased and his or her family, the harsh truth is discarded in favour of soothing fiction.

This problem does not arise in the case of the late Chief Justice, Pius Langa. He was a soft spoken, even quiet, man; one who had to leave school at the age of 14 to earn a living to help support his family, but who later completed his matric and then his various law degrees with the help of his brilliant mind, iron discipline, hard work and his tenacity.

After joining the Durban Bar, he gravitated towards political cases and became deeply involved in the struggle for democracy, helping to found the National Association of Democratic Lawyers (and becoming its President in 1988), and serving in the United Democratic Front. He was also involved as a legal advisor for the ANC during the CODESA negotiating process.

A fact that few people might be aware of is that Langa spoke just about every language and dialect spoken in South Africa (according to former Constitutional Court Justice Johan Kriegler). He was a true polyglot.

It was no surprise when then President Mandela appointed him as a judge to South Africa’s first Constitutional Court. It is difficult to single out for praise any one of his many judgments authored during his term as Constitutional Court Justice, Deputy Chief Justice and eventually Chief Justice. However, if I am forced to, I would have to say that his judgment in Bhe and Others v Khayelitsha Magistrate and Others, displayed some of his best qualities: his political astuteness and his deep concern for the marginalised and vulnerable members of society.

The case dealt, among other things, with the question of whether the customary law rule of intestate succession which only allowed male heirs to inherit was unconstitutional. His judgment reaffirmed the importance of customary law in our legal system, bemoaning the fact that the “positive aspects of customary law have long been neglected” in our law.

The inherent flexibility of the system is but one of its constructive facets. Customary law places much store in consensus-seeking and naturally provides for family and clan meetings which offer excellent opportunities for the prevention and resolution of disputes and disagreements. Nor are these aspects useful only in the area of disputes. They provide a setting which contributes to the unity of family structures and the fostering of co-operation, a sense of responsibility in and of belonging to its members, as well as the nurturing of healthy communitarian traditions such as ubuntu.These valuable aspects of customary law more than justify its protection by the Constitution.

Langa dealt sensitively and with great insight with the manner in which customary law has changed in the encounter with colonialism. He pointed out that originally the customary law rules did not operate in isolation. They were part of a system which fitted in with the community’s way of life and that the system had its own safeguards to ensure fairness in the context of entitlements, duties and responsibilities.

Despite the many impressively constructed judgments written by Langa, his address on “Transformative Constitutionalism” – which he delivered at Stellenbosch University in 2006 (later published in the Stellenbosch law Review) – probably made the greatest impression on me personally.

In this address he affirms that ours is indeed a “transformative Constitution” before asking what this might mean and answering the question posed by saying:

This is a magnificent goal for a Constitution: to heal the wounds of the past and guide us to a better future. For me, this is the core idea of transformative constitutionalism: that we must change.

This insight is not particularly remarkable. What is remarkable is the manner in which former Chief Justice Langa engaged with the question of how we must change. If the Constitution serves as a bridge between the past and our future (a metaphor first used in the interim Constitution and popularised by the late Etienne Mureinik), “how,” asked Justice Langa, “does the society on the other side of the bridge differ from where we stand today?” His answer to this question suggests a quite radical understanding of the role of the Constitution and its ultimate aims.

The new society our Constitution is supposed to help bring into existence is one based on substantive equality. “Transformation”, in this sense, requires a social and an economic revolution:

a complete reconstruction of the state and society, including a redistribution of power and resources along egalitarian lines. The challenge of achieving equality within this transformation project involves the eradication of systemic forms of domination and material disadvantage based on race, gender, class and other grounds of inequality. It also entails the development of opportunities which allow people to realise their full human potential within positive social relationships.

In the legal field, “transformation” also refers to a radical overhaul of the formalistic legal culture, away from (in the words of Etienne Mureinik) “a culture of authority’’ to:

a culture of justification – a culture in which every exercise of power is expected to be justified; in which the leadership given by government rests on the cogency of the case offered in defence of its decisions, not the fear inspired by the force of its command. The new order must be a community built on persuasion, not coercion.

What Langa understood better than many liberal lawyers is that this approach to adjudication requires an acceptance of the politics of law.

There is no longer place for assertions that the law can be kept isolated from politics. While they are not the same, they are inherently and necessarily linked. At the same time, transformative adjudication requires judges to acknowledge the effect of what has been referred to elsewhere as the ‘personal, intellectual, moral or intellectual preconceptions’ on their decision-making. We all enter any decision with our own baggage, both on technical legal issues and on broader social issues. While the policy under apartheid legal culture was to deny these influences on decision-making, our constitutional legal culture requires that we expressly accept and embrace the role that our own beliefs, opinions and ideas play in our decisions.

Lastly, in his address Langa also seemed to reject the potentially conservative and even oppressive view that “transformation” is a distinct event, requiring a once-off change from one situation towards another or the transfer of power from some individuals to others. Providing a ringing endorsement of pluralistic, democratic politics, Langa remarked:

Transformation is a permanent ideal, a way of looking at the world that creates a space in which dialogue and contestation are truly possible, in which new ways of being are constantly explored and created, accepted and rejected and in which change is unpredictable but the idea of change is constant. This is perhaps the ultimate vision of a transformative, rather than a transitional Constitution. This is a perspective that sees the Constitution as not transformative because of its peculiar historical position or its particular socio-economic goals but because it envisions a society that will always be open to change and contestation, a society that will always be defined by transformation.

These selected quotations from the former Chief Justices’ 2006 Stellenbosch address provide us only with a flavour of the nuanced and important ideas contained in it. Personally it reminds me of the utmost integrity and eminence of the man whose judgments and speeches we will continue to study in years to come.

PS: For those who are interested in exploring Chief Justice Langa’s judgments in more depth, there will be a conference honouring his life and work at UCT on 16 and 17 January next year.  The original call for papers (18 June 2013) can be found here.

This article was previously published on Pierre de Vos‘ Constitutionally Speaking blog and is reposted here with kind permission by the author. 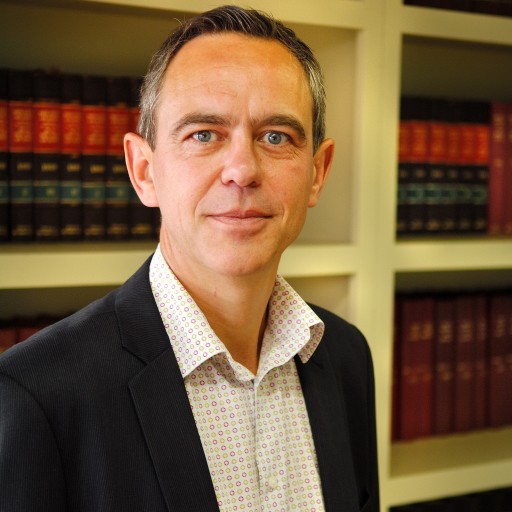 Pierre de Vos Pierre de Vos hat den Claude Leon Foundation Chair in Constitutional Governance an der Universität Kapstadt inne und ist Vizedekan der dortigen Rechtsfakultät.
Other posts about this region:
Deutschland 1 comment Join the discussion
to receive information about new articles and services of Verfassungsblog.de. I know that I may withdraw my consent at any time. More information in the privacy policy.
Verfassungsblog complies with the new GDPR.
Read about it in our Privacy Policy. I opt-out
permanently of anonymized tracking via Google Analytics on Verfasssungsblog.de. This will create a cookie on your device to save your decision.
Go to Top