Democratic “populism” is on the rise worldwide. In the last decade, Latin America has seen a wave of populist, neo-Bolivarian political change; Hungary and Poland have seen the election of nationalist parties openly opposed to the European project; and a majority of voters in the UK have voted for Brexit.  In the US, for the first time since 1953, a candidate with no prior political experience has been elected President, and the Tea Party has continued to make inroads in controlling the Republican Party.  If recent trends continue, in countries such as France, there is also likely more change of this kind to come.

For constitutional scholars, this new form of populist politics invites us to rethink many key assumptions of the field – i.e. that there are certain countries that count as “stable” rather than fragile constitutional democracies,1) or that we can expect a continuing commitment to openness, internationalism and regional co-operation at least among such democracies.  Before we can begin this task or reassessing our core assumptions, however, we clearly need a better understanding as a field of the new phenomenon we are grappling with – i.e. what exactly is this new form of democratic populism, or populist constitutionalism?

One way of drawing this distinction is procedural: Jan-Werner Müller, for example, in his insightful post, Populist Constitutions – A Contradiction in Terms?, suggests that populist constitutionalism should be understood as consisting of three key elements: first, a claim by proponents to represent or speak for the will, or views, of ordinary citizens, unmediated by traditional democratic institutions (such as existing political parties, or parliamentary or judicial structures); second, a discourse that is critical of existing political and institutional arrangements; and third, a form of politics that is inherently exclusionary or anti-pluralist in nature.  Müller also highlights this third criteria in particular – i.e. an exclusionary or anti-pluralist politics – as the key to distinguishing between populist and popular forms of constitutionalism.

A procedural distinction of this kind, however, also arguably fails to capture a key dimension to the populist constitutionalism we are currently witnessing in countries such as Venezuela, Ecuador, Hungary and Poland– i.e. the degree to which it involves a claim of popular sovereignty, or authority, in the service of eroding longstanding commitments to free and fair elections, the separation of powers, basic human rights and government accountability, or what David Landau and I have called the substantive “minimum core” of democracy.5)

There are a range of important and challenging definitional issues, for any court or scholar, in seeking to define what is within, or outside, the scope of the “democratic minimum core”. The idea, as Landau and I understand it, is not based on political theory, or transcendental understandings of democracy, but rather on the actual practices of existing constitutional democracies.  Deciding what counts as “sufficient consensus” among democracies in this context is also clearly a difficult evaluative exercise.6) Among other things, it requires deciding how best to characterise the appropriate level of abstraction in comparing different practices, and the global versus regional nature of relevant democratic commitments.

These difficulties, however, are far from insurmountable: in criticising recent constitutional changes in Hungary, Poland and Turkey, the EU and Venice Commission arguably relied on a Europeanised version of just this kind of idea. There is also implicit support for the idea in the decisions of the Supreme Court of India, the Constitutional Court of Colombia and the CCSA.7)

Without an idea of this kind, it is also hard to accept the conclusion Müller reaches – i.e. that “partisan” or exclusionary constitutional changes of the kind he identifies are necessarily normatively problematic. They may be in many cases, but need not be in all cases. The US Constitution arguably assumes a thin, procedural idea of shared constitutional morality.8) But this is not the only model of democratic constitutionalism in circulation: many modern democratic constitutional systems adopt a much thicker, more substantive definition of the identity of the constitution, and make it impossible to change that identity – other than via constitutional replacement, or revolution.9)

Yet this also does not mean that the restrictions they impose are illegitimate.  To borrow a phrase from the US Supreme Court, there is simply no moral equivalency between ‘popular’ measures that seek to repudiate human rights, basic accountability or the European project, and those that seek to overcome the historical legacy of apartheid or the Holocaust.10)

To illustrate the point, it is useful to take Müller’s criteria and apply it to a country such as South Africa, and the commitment under the 1996 South African (SA) Constitution to overcoming the legacy of apartheid. Müller’s leading example in his post, which I will suggest does in fact constitute an instance of populist constitutionalism, is the 2011 Hungarian Constitution or “Fundamental Law” (FL). The 2011 FL contains numerous invocations of the people, and Hungarian national identity, and was adopted against the backdrop of a highly nationalist discourse. Further, he suggests that the 2011 FL was anti-pluralist in two senses: first, because “opposition parties did not take part in writing or passing the constitution”; and second, because it “highly constrains room” for policy choices by the opposition in the future. He thus joins Dieter Grimm in emphasizing that the FL was a “partisan constitution”: he notes that “it sets a number of highly specific policy preferences in stone, when debate about such preferences would have been the stuff of day-to-day struggle in non-populist democracies”.

It is also important, however, not to overstate the degree to which the 1996 Constitution was a bipartisan or consensus constitution:  it reflected an inclusive process, and a broad process of consultation. But in most key respects, it was the Constitution of the ANC majority, not a “bipartisan” agreement between the ANC and the outgoing National Party (NP).13)

This is also exactly as it should have been in the relevant historical and political circumstances: if the NP had enjoyed a broad veto over all aspects of the 1996 SA Constitution, the resulting document would have lacked even the most basic claim to substantive democratic legitimacy. Instead of creating a framework for large-scale redistribution of political, social and economic power from white to black South Africans, it would have protected existing employment, contract and property rights, at the expense of any real prospect of meaningful social and economic transformation.14)

The same analysis could be applied to the level of detail – or programmatic content – of various aspects of the SA Constitution. Unlike the Hungarian Constitution, the SA Constitution explicitly endorses an understanding of South African constitutional identity that is broad and inclusive. Many parts of it are also quite broad and framework-like in nature.15) But there are also many provisions that are more specific in nature: provisions regarding the allocation of power between national, provincial and local governments are perhaps the clearest example. But even the bill of rights, which is generally quite broad and abstract, contains a range of quite specific carve-outs, or add-ons, designed to constrain the scope for future policy-makers to certain policies: Section 16 of the Constitution explicitly carves out hate speech from constitutional protection, thereby seeking to promote the chances of effective hate speech regulation. Section 9 attempts to make clear that various affirmative action, or restitutionary measures, are constitutional, and thus to encourage their adoption. Section 25 provides detailed guidance on the direction of future land reform; and on the kinds of market-based approaches to property rights that will, and will not, be possible in the new democratic South Africa.16)

Most of these provisions could be amended relatively easily, by a 2/3 majority of the National Assembly.  Some, however, involve the role of the provinces, or touch on the fundamental values found in s 1 of the SA Constitution, in ways that would likely make amendment more difficult.  They are thus anti-pluralist in the sense Müller notes, of quite strongly constraining the scope for future policy change, in certain areas, by a government of a different partisan or ideological persuasion.  Again, however, we have substantive reasons for thinking that these restrictions are legitimate, or at least arguably legitimate, given the legacy of apartheid in South Africa.

In Hungary, while the changes brought about by Fidesz had the aim, or at least consistent effect, of eroding this democratic minimum core, in South Africa, the ANC’s commitment to social and economic transformation was entirely consistent with it. Indeed, because of the way in which the Constitutional Court of South Africa (CCSA) defined its task in certifying the 1996 Constitution as valid, the CCSA itself ensured that the commitment to transformation found in the 1996 Constitution was fully consistent with a broadly shared understanding, among democracies, of the “minimum core” of basic human rights and structural democratic guarantees.

To understand the true scope of populist constitutionalism, we thus need criteria that are sufficiently substantive, as well as procedural in character. The two criteria may be closely related – in that more inclusive democratic processes are less likely to be substantively anti-democratic in character. But they are also far from perfectly correlated. Sometimes elite rather than popular actors may be the crucial obstacle to the erosion of the democratic minimum core in a country; and popular majorities actively vote in favour of measures that erode the democratic minimum.

Making this clear also seems critical to defining the focus of our collective research on the new democratic populism, and how law and legal institutions can most effectively respond to it. 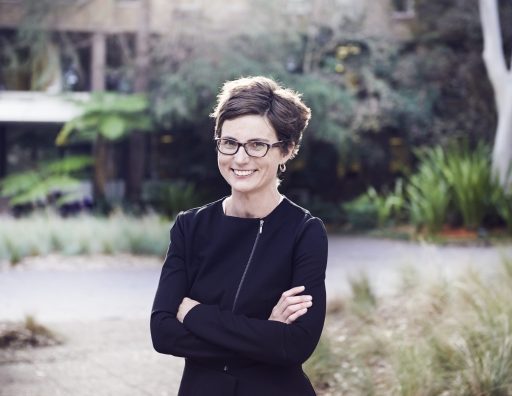 Rosalind Dixon Rosalind Dixon is a Professor of Law at the University of New South Wales.
No Comments Join the discussion
Go to Top