Despite its revolutionary potential, the movement towards amplifying open access can backfire if it does not expand quickly across the world. As it is today, the vast majority of authors who publish open access are based in European research institutions. By making these authors’ works more easily available than others, open access initiatives may end up dictating the terms of the international legal debate around the world.

Without proper access to premium scholarly work, it is difficult for lawyers to operate as part of an international legal community. Accessing scholarly work is the first step to understand the current issues faced in the field and to develop their own voices, strategies, and opinions on them.

However, not every lawyer in the world has the same access to international law scholarship. In lower income states, including much of the Global South, university and public libraries offer students and scholars limited resources. Instead of simply going to a library and picking up works, law students and lawyers in lower-income regions need to spend their time and money – or engage with shadow libraries – if they want to access the knowledge produced among the international legal community.

The movement towards amplifying (and possibly even universalizing) open access scholarship could be a game changer for those who have limited resources. By facilitating access to premium scholarship, the modern open access initiatives would ensure that lawyers with less resources will be able to focus efforts on engaging with academic work, rather than trying to just find it. It could potentially level the playing field between lawyers and academics who have facilitated access to resources, usually in Global North institutions, and those who do not.

There is a limited profile of authors that benefit from open access initiatives. This is a consequence of how Plan S, the main collective initiative towards amplifying open access scholarship, was designed. Plan S was developed by major funding authorities in European states and even today the vast majority of its supporters are based in Europe. The entities adhering to Plan S have adopted the following measures as part of their commitment towards expanding open access: (i) require authors that are awarded grants to publish their research open access; and (ii) cover open access fees for authors based in universities and research institutions in their own territories, regardless of whether their research is made in the context of a grant or not. However, all of the entities of the Plan S, with exception of Canada, Zambia and South Africa, are based in Europe.

What open access initiatives do not show, however, is whose work is not eligible for open access, remaining hidden behind paywalls. The scholarly work of practitioners, judges, and others who are not professionally tied to research institutions remains closed. The same applies to the work of those who are not based in Europe, Canada, and other regions where research agencies adhere to Plan S.

While authors whose work is not covered by Plan S agreements are still, in theory, able to purchase open access themselves, the fees to do so are often prohibitive. Most scientific publishers (legal and non-legal) charge between US$ 1,000-3,000 for publishing an open access article, but fees can go as high as US$ 11,000. Values such as these would make even established professionals, based in law firms and international organizations, flinch, so imagine what they would do to junior professionals, consultants, and to researchers based in the Global South, who often work underfunded or for free. For a reference, a post-doc researcher in Brazil gets paid, at best, US$ 8600 per year. When funding is barely enough for a researcher to survive, it is alien to even consider whether to publish open access or not.

While open access initiatives are based on the noble premise that premium research should be easily and freely accessible, they are still extremely limited to those of a single professional profile. In doing so, they may end up exacerbating pre-existing gaps in the resources that are available to authors by making some work more easily available than the rest.

Current open access initiatives have thus created two categories of scholarship. The first, produced in mostly-European-based research institutions, is open access and therefore easily and freely accessible on publishers’ websites and other official portals. The second, produced by authors from various professional and geographic backgrounds, is locked behind a paywall being therefore reserved for those who either have means to access it or are willing to spend considerable time and effort into trying to find a freely available version.

We cannot underestimate how making some scholarship more easily accessible than the rest can impact our field. In most scientific fields, articles published in open access have more readers and more citations than others (see here and here although this may vary from one area to the other). By giving open access articles a larger audience, these initiatives also make these works more likely to educate and influence stakeholders.

For those who have limited access to scholarly libraries, as it is the case for most Global South lawyers, open access articles are much more influential than non-open access ones. Given how hard it is to gain access to paid scholarly work, many lawyers may conclude that having facilitated access to some premium scholarship is already enough to give up on looking for other perspectives. In these cases, the open access movement would not only amplify European-based academic visions, but also overshadow the work that is left behind paywalls. Global South lawyers would be left reading and being guided by the work of European-based scholars. At the same time, those based in the Global South are less likely to be read and cited, therefore decreasing the influence that their work might have in shaping international law.

In recent years, there has been growing discussion about why there are so few globally-prominent international lawyers that have been trained and that are based in the Global South. One of the common explanations for this is that international lawyers from the Global South are trained and guided by materials that are built on traditionally Western worldviews (as clarified by Roberts 2017, but also Chimni in an excellent 2018 interview). Without being exposed to different visions it is harder for lawyers to read critically the few works that they can access. And open access initiatives may enhance these disparities by selecting whose scholarship they make easily available.

An Artificial Bibliography of International Law

The inherent limitations of the current open access initiatives result in a select group of authors, mostly composed of scholars based in European research institutions, being able to publish their work open access, while others are still stuck behind paywalls. By facilitating access to some articles to the detriment of others, partial open access initiatives such as those related to Plan S so far could create an artificial bibliography of international law – one that spotlights the work of a rather homogenous group of lawyers, leaving other authors stuck behind paywalls.

For most of those who struggle to access subscription scholarship, including many of those that are based in the Global South, this open access bibliography may be the only work that they ever read. This limited body of work may erroneously seem representative of the full body of scholarly work, of the legal discussions, arguments, and visions that is out there. By giving Global South scholars facilitated access only to these select visions, we might end up reinforcing old hegemonic patterns of legal thought and argumentation, therefore contradicting modern movements to diversify international legal voices and speech. 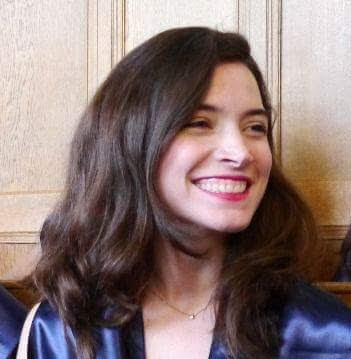 Paula Baldini Paula Baldini is a researcher and practitioner in the field of public international law. She is currently pursuing her PhD at the Grotius Centre for International Legal Studies, Leiden University.