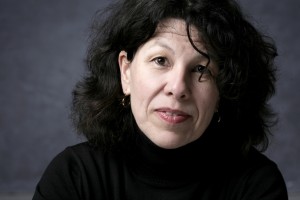 While “safety umbrella” (German: “Rettungsschirm”) is perhaps not the word of the month, the Solange Reversed proposal suggested by the Bogdandy team makes a strong case for linking fundamental rights and citizenship. Both are type 1 norms of constitutionalism, i.e. norms which express fundamental ethical values of a community and which are therefore generally agreed among democratic actors. As such, both fundamental norms are uncontested in the way they are defined by Article 2 (fundamental rights) and Article 20 (citizenship rights) of the Lisbon Treaty (TEU), respectively.

What is novel – and may therefore become subject to contestation – is the change of ‘European’ citizenship practice which follows putting the Solange Reversed proposal into place, as suggested by the Bogdandy team. This change of legal practice has political implications. In practice, the proposal involves a branching out of current ‘European’ citizenship practice which is likely to consolidate the European Union’s genuine normative order. The litmus test of this effect remains the performance of the European Union (EU) and it’s institutions towards other such orders, to be sure. In any case, the debate about the proposed change will shed new light on the political impact of legal integration. So far, the map of European integration has most decisively been charted by a trail of court rulings. In their sum, these rulings reflect a strong impact of citizens’ (and residents’) everyday-life in the EU.

Building on some forty years of ‘European’ citizenship practice and a steady line of sensitive court rulings, the Solange Reversed proposal more substantially and critically sheds light on the question of stateness, and the familiar link between sovereignty and stateness. In the following, this comment develops that argument in some more detail.

Put simply, the Solange Reversed proposal adds a new dimension to ‘European’ citizenship practice. In addition to the constitutive relation between an individual and a polity as the backbone of any type of citizenship, Solange Reversed would imply an additional relation between the European non-state polity and the member state polities. The change is derived from the somewhat complex, yet legally highly efficient, new link between fundamental rights and citizenship legislation. It allows for a legal practice that is considerably more effective in protecting the fundamental rights of Union citizens. The following elaborates on this argument with reference to the trajectory of citizenship practice in the EU.

The second innovation was the fragmentation of rights, access and belonging as the three historical elements of citizenship practice. While the conditions of access to political participation remained limited to EU and local political participation, the elements of rights and belonging consistently contributed to the evolving constitutional quality of the EU. Rights evolved largely unnoticed by political scientists and politicians, yet carefully and often keenly observed by lawyers as working citizens within the European market sphere, and now, residing citizens on EU territory claimed their rights with the courts (compare Marschall, Kalanke, Kreil, Martinez Sala, Grzelczyk as well as the Rottmann and Ruiz Zambrano cases, respectively). By contrast, the changing degree of belonging went largely unnoticed by ordinary citizens and social scientists, as pollsters in their wisdom continued to ask European citizens whether they thought of themselves as Europeans, while elsewhere belonging was constituted through citizenship practice on an everyday level, and largely unnoticed to such questioning. Yet, it is precisely this practice which matters for mapping constitutional change, i.e. accounting for constitutional quality in any polity.

Different from what lawyers thought at the time when the ink of the Maastricht signatures was still drying, it turned out that it was law rather than politics which had most decisive influence on the evolving new type of fragmented citizenship practice. The Solange Reversed proposal of the Bogdandy Team is a fine example of a tradition which has become known as “integration through law” (Capelletti, et al. 1985) among students of European integration. But it leads beyond the general thrust of the integration by law literature by putting significantly more weight on the spirit of the law than on black letter law. The following elaborates on this argument.

As the German Federal Constitutional Court (FCC) noticed in its Lisbon ruling, fundamental rights protection in the EU rests, according to the Lisbon Treaty on two grounds: The European Charter of Fundamental Rights and the unwritten fundamental rights of the Union. Both are sustained through Article 6, Paragraph 2 of the Lisbon Treaty which empowers and obliges the EU to join the European Convention of Human Rights (ECHR). The unwritten rights leave room for interpretation of the spirit of the law. Solange Reversed picks up on that.

Who wins, who loses through this process?

In this concluding section I argue that the Solange Reversed proposal sheds light on the puzzling perception of a coexistence of pooled sovereignty and unscathed stateness which is suggested by legal players. Addressing the puzzle with reference to conduct, it is suggested that the way morality is re-enacted by any actor (not exclusively states) might be a more fitting indicator for assessing legitimate stateness than the notion of (state) sovereignty. The following briefly elaborates on this suggestion.

I contend that both innovations with regard to citizenship practice, i.e. the direct link between citizens and the EU and the fragmentation of formerly bundled modern citizenship rights carry substantial political weight. They are therefore key to understanding and solving the puzzle constituted by the process of shifting sovereign rights from member states to the EU, on the one hand, yet apparently leaving the stateness of member states intact, on the other (compare the FCC’s Lisbon ruling on this perception).

How, we need to ask, can stateness remain untouched, when sovereignty is removed? What makes stateness, then? And (how) does it matter to what citizens want?

According to Kant, the practice of government matters more than the form of a state. In other words, stateness is based on conduct. What states do, matters to their moral status as partners in the erstwhile modern citizen/state relationship. It follows that, if the sole indicator for stateness in the EU consists in the right for member states to leave the EU – as held by the FCC’s 2009 Lisbon ruling – then stateness has come a long way since Maastricht. If, in addition to this scenario, the European Court of Justice (ECJ) fills in for member states in the role of protector of fundamental rights of individuals (as in Kadi, Rottmann and other cases), then this is an indicator for shifting morality. Through enacting the normative structure of meaning-in-use of fundamental rights, non-state actors thus accumulate moral standing, if you will.

Solange Reversed is likely to sustain this path of legal integration. From a political science perspective, the proposal offers a welcome opportunity to substantively scrutinise the concept of stateness. The much used expression of “beyond the state” just doesn’t do much for understanding a world in which the sum of moral conduct is not constituted by the parts of state action, any more. Surely, a legal doctrine which builds on the conduct rather than the form of a state runs contrary of assumptions about international organisations which maintain a culture of sovereign equality (Jean L. Cohen, Sovereignty and Globalization – Building Institutions of a Non-State, 2012, in press) even though the EU Treaty is a treaty of international law.

Likewise, and relatedly, we need to assess the conduct of the EU as a non-state which has accumulated moral substance through the conduct of several of its institutions, not least the ECJ. One analytical focus for such a check-up is provided by the concept of citizenship practice as the process which links the individual with a polity or, as in the European case, with multiple polities, and – with Solange Reversed – it links different types of polities as well. Examining this practice includes the three historical elements of citizenship: the implementation of the modern rights triad, conditions of access to political participation and the development of belonging to a community. In other words, and with implications for global non-state/state actor relationships more generally, the outcome of focused scrutiny with regard to fundamental rights protection will reveal the changing moral character of states and non-states alike.

Antje Wiener is a professor for political science at the University of Hamburg.

Antje Wiener Antje Wiener (PhD Carl) is Professor of Political Science, especially Global Governance at the University of Hamburg and founding Editor of the Journal Global Constitutionalism: Human Rights, Democracy, Rule of Law (Cambridge). Since 2011 she is a member of the Academy of the Social Sciences in the United Kingdom. Currently she is a Visiting Fellow at the Lauterpacht Centre for International Law at the University of Cambridge.
No Comments Join the discussion
Go to Top