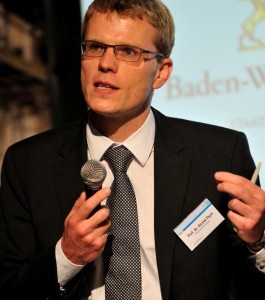 The parallels between the emergency rescue operations for the Euro and the fundamental rights intervention of the ECJ in Hungary are evident: both cases reveal structural shortcomings of the EU Treaties and the advocates of „more Europe“ support enhanced supranational supervision and control. This return to the method of integration of the 1970s is risky.

The shortcomings of the EU Treaties are obvious. The creation of the Euro has not been accompanied by a common EU economic policy and EU fundamental rights are characterized by  asymmetry. It is unconvincing that the EU scrutinises the human rights compliance of accession candidates (such as Serbia) and third countries (such as Syria), but may criticise Hungary only indirectly with regard to the independence of the data protection commissioner.

Given these structural shortcomings, it is natural to look to  the ECJ for a solution. After all, it is up to the courts to develop  a coherent legal order from current inconsistencies.  Why should the ECJ not become active and enforce the European values? There are three considerations against this: practicability; preoccupation for legal integration; and the hope for political solutions.

No Practical Solutions for Hungary

As a starting point, the proposal of Armin von Bogdandy and his team (at least in the long version) deals with a concrete problem: the Courts should cope with Hungary’s constitutional changes by linking  Union citizenship with fundamental rights. This creates the impression that the proposal would be of practical help for Hungary – which is not the case. In particular the application of the reversed ‘Solange’-formula is not feasible. Why? The legal standards for assessing the ‘substance of rights’ benchmark remain vague.

The only thing that is certain is that the ‘substance of rights’ relates to a minimum level of protection. By way of example the proposal mentions ‘refusal to abide by a final judgment of the ECtHR in a domain that touches upon the essence of fundamental rights’ or ‘intentional, reckless or evidently illicit conduct of highest state authorities.’ What this means in concrete terms is not stated, for  good reason. Legal certainty could only be achieved if ‘regular’ fundamental rights applied instead of a reference to a vague minimum level of protection. But this recourse is prevented by the proviso that Article 51 Charter of Fundamental Rights should be expressly preserved.

The Ruiz Zambrano judgment of the ECJ shows the difficulties of applying such abstract standards. It states in vague terms that the ‘genuine enjoyment of the substance of the rights’ (Kernbestand der Rechte / l’essentiel des droits) conferred by EU citizenship may not be touched (that von Bogdandy and his team speak of ‘essence / Wesensgehalt’ instead underlines the lack of clarity on the applicable legal standard). Moreover, the ECJ’s Grand Chamber does  not itself know  what is covered in concrete terms. In its Dereci judgment of 15 November 2011 on five different cases in a  preliminary reference form Austria, the ECJ remains deliberately vague: presumably the substance of rights was not denied, although a different conclusion was also conceivable; the national court should therefor re-consider the cases and decide by itself.

A quick remedy can thus not be expected by the ECJ. In any case, the ‘substance of rights doctrine’ can only be a subsidiary safety net. This is required not least because of the procedural respect for the self-correction mechanisms, which the Federal Constitutional Court rightly demands from the ECJ in its ‘Solange’ cases. Before engaging Luxembourg, national courts and the ECtHR must be called upon. This is what we should focus on: strengthening Strasbourg in order to avoid  the possibility that ECtHR judgments are permanently ignored.

Limits of Integration through Law

Most of the innovations of the ECJ can be explained by concern for the supranational legal community. This applies to the doctrines of direct effect and state liability as well as unwritten human rights which secured the supremacy of EU law. Even at present, legal integration remains at risk. Public opinion is (wrongly) convinced that EU law is systematically broken, in order to rescue the Euro and only recently, on 15 February 2012, a national constitutional court denounced for the first time an ECJ ruling as an ultra vires act, to which allegiance at national level was to be refused.

Note that I do not claim that the proposal of Armin von Bogdandy and his team is an ultra vires act. It is far too intelligently reasoned out. In a clever and dogmatically convincing way, all key counter-arguments are considered (albeit at the price that the legal standard remains vague). One can without doubt defend the proposal. It is another question, however, as to whether another innovative judgment from Strasbourg would ‘ensure that in the interpretation and application of the Treaties the law is observed’ (Art. 19 TEU) at this moment in time.

In my opinion, the risks outweigh the benefits. The supranational legal community relies on the national courts’ compliance. But compliance must be reaffirmed regularly. If the ECJ seeks to foster compliance, its rulings must be perceived as legitimate. This includes sound reasoning and predictable outcomes. The ECJ neglected both in  Ruiz Zambrano  and doctrinal tricks with the scope of fundamental rights would meet similar criticism. It would endanger the credibility of the ECJ  and the supranational legal community at large. This is a high price, especially as the ECJ  could very well entrust the ECtHR with the supervision of Hungary.

There is an important difference between the Euro crisis  and the Hungary debate: the latter can be solved by politics alone. If the Hungarian government relents, the problem ceases to exist. You do not need private investors which satisfy national governments’ credit needs. The solution should take this political character of Hungary debate seriously – in the long-term self-interest of the European Union. A sustainable strategy for ‘more Europe’ cannot  be achieved only by strengthening supranational supervision, but instead requires the construction of the European Union from below by EU citizens, national courts and political parties.

In the Europe of the future, the end does not justify all means anymore. Maybe the reduction of the Greek minimum wages and pensions is in the best interest of the Greek people, because the alternative, state bankruptcy, would bring much higher real wage losses. Similarly, Hungary has to respect the fundamental right to freedom of the media uncompromisingly (and not only the essence!). But rescue packages for the Euro and for  fundamental rights shouldn’t only consider the result. If we want to build a democratic Europe, the path taken as well as the process are of intrinsic value.

For this reason I am not persuaded by the return to the method of integration of the 1970s. It has been rightly pointed out that the proposal relies on an integration through law and courts (similar  to the Euro Fiscal Pact enforcement by the Commission). This is not enough. There is more at stake than the ECJ’s order to the Netherlands to reduce the tariff rate on formaldehyde (as per the facts in Van Gend en Loos). Those who cut pensions and prohibit a democratically elected government ,to implement its election programme, should not solely rely on supranational supervision. The European Republic cannot be prescribed by the ECJ.

Daniel Thym Daniel Thym is a Professor for Public, European and International Law at the University of Konstanz.
No Comments Join the discussion