Rights for Others, Firing Back?

A blog post is no place to fill this lacuna. Yet, what this contribution can and will do is explore the possibilities of a better integration of decolonization history in Dutch constitutional history by focusing on moments in which the new postcolonial Charters figured in domestic debates on human rights. Showcasing how, occasionally, rights seemingly meant ‘for others’ backfired on the Netherlands, it moreover questions rigid divisions between ‘citizen rights’ and a more cosmopolitan understanding of human rights observed in much of the historiography.

Human rights as rights for others?

In spring 1950, when the dust of the Indonesian decolonization had only just settled, the Dutch government started preparing for a general reform of the constitution. An advisory committee led by vice-prime minister Joseph van Schaik was tasked with preparing reform proposals. Following international trends, the committee also briefly considered revising the constitution’s rights catalogue. In this regard however, Van Schaik famously stated that there was no need for the Netherlands to update its constitution, for example by including a right to equality. In his view, such clauses merely were aimed to elevate new, in other words: backward, states.

The only female member of the constitutional committee, Hermine Revers, disagreed. In her proposal1) to include a right to equality in the constitution, she not only mobilized the 1948 Universal Declaration of Human Rights (UDHR) and the 1950 European Convention on Human Rights (ECHR), through which the Netherlands had recently subscribed to similar provisions. Revers also pointed at the 1949 Charter of the Dutch-Indonesian Union to emphasize that the right she aimed to include in the Dutch constitution was not just a matter for others – it also mattered to the Dutch themselves.

The debate between the catholic politician Van Schaik and Revers, whose career came at the cost of a family life because of a law forbidding married women to work in public service, is in many ways very telling about Dutch early post war politics: legislation on gender equality was on its way, there was a great enthusiasm for international cooperation, and the Dutch-Indonesian Union was now a fact of life (or so it seemed).

With regard to human rights, in particular the position of Van Schaik seems typical not only of the Dutch position, but also of the global developments in the field of human rights around the 1940s. As the abundant historiography of the last decade has pointed out (see for an excellent overview here), the question to whom these rights apply has been answered in radically different ways over time. Before the 1940s, human rights had mostly taken the shape of ‘citizen rights’ guaranteed by national constitutions. In the 1940s, the arrival of new international human rights instruments did not yet really change this understanding: states were still required for enforcing these rights, continuing the ties between rights and citizenship. A new, more cosmopolitan notion of human rights only rose from the 1970s onwards, transforming human rights into the global norms to be mobilized against (authoritarian) national states.

For Western states such as the Netherlands, this shift – or rather the postwar incarnation of rights – has been labelled as a situation in which human rights merely were meant ‘for others’. Especially from the 1970s onwards, human rights became an important Dutch export product. In domestic debates however, human rights were remarkably absent. Maybe this is best illustrated by the fact that the Van Schaik – Revers debate led nowhere, at least at the time: a non-discrimination clause was only added to the Dutch constitution in 1983.

Yet, the brief episode also invites consideration of the alternatives available at the time – such as the understanding brought to the table by Hermine Revers. The availability of new human rights instruments – partly as instruments of international law, which due to the remarkably open nature of the Dutch constitutional order were directly applicable, and partly as integral parts of the new postcolonial constitutional arrangements – raises the questions: could Dutch domestic understandings of human rights in the 1940s and 1950s also have turned out otherwise? And what was the impact of the new, postcolonial arrangements on these understandings?

Why the 1949 Charter of the Dutch Indonesian Union cited by Revers included references to fundamental rights is not a question that can conclusively be answered. What is clear is that in the drafts that were exchanged both in discussions with the ‘West’ (Surinam and the Antilles) and with the ‘East’ (Indonesia), ‘fundamental rights’ soon appeared as an element of common concern of the various parts of the Kingdom or Union – whatever shape that was taking. Based on these exchanges, the constitutional clauses introduced in 1948 to legally ‘enable’ the Dutch Indonesian Union also mentioned as preconditions for this future Union ‘guarantees with regard to legal certainty, fundamental human rights and freedoms and good governance’. Eventually, the Charter of the Union that resulted from the 1949 Round Table Conference included an annex listing the specific rights that were to be guaranteed by both members of the Union.

Any explanation for the inclusion of these rights must probably address the broader context of the United Nations (UN), as has also been observed elsewhere. As the Netherlands looked to maintain its rule over its former colonies, its diplomats could not but adapt to the language of trusteeship that dominated the UN Charter. Thereby, as has been highlighted by Fabian Klose, human rights language had replaced – or was included in – earlier rhetoric of the paternalistic ‘civilizing mission’. At the same time, it is very likely that the negotiators from the former colonies themselves initiated the clauses on fundamental rights, as the Dutch government suggested. This not only points at a certain level of ‘mimicry’, but also can be explained as a strategy to demonstrate what in Western eyes qualified as the ability to govern.

What should interest us here is however not the negotiations themselves, or the unequal settings in which they took shape, as is reflected by the fact that the Dutch considered the national constitution as conditioning any new settlement. What is striking is that, in spite of these unequal conditions, there was a clear acknowledgement that the new Charter’s clauses on fundamental rights were to affect the Dutch domestic legal order too. In fact, this prevented the Dutch government from formulating more strict clauses regarding legal certainty, fundamental rights and good governance. In other words, these rights and guarantees did not just regard the ‘other’ members of the Union or the Kingdom – they also would affect the domestic legal order.

Firing back: mobilizing the 1949 Charter

Anecdotal evidence proving that this domestic impact was at least to some extent recognized can be found in the 1949 annual report of the Association ‘Vrouwenbelangen’. Keen on changing legislation discriminating women, the Association explicitly welcomed the Union Charter, along with the UN Declaration and other human rights conventions, as new legal grounds for pleading their case. In parliamentary debate however, this framing of the question in terms of the human rights conventions was not followed up on. Neither do the legal frameworks seem to have been used to challenge discriminatory legislation in court.

That courts were nonetheless confronted with the Union charter was the result of various cases filed by representatives of the Moluccans that had fought alongside the Dutch against Indonesian independence in the 1940s and started arriving in the Netherlands in 1950 hoping to return soon to an independent Moluccan state. In 1950, they first mobilized the Charter against the Dutch Paketboot shipping company, claiming that the transportation of Indonesian troops to Ambon violated their fundamental rights. Although they initially succeeded, their claim was rejected again in full proceeding, as the issue was deemed too political for being decided in court.

A second case, about the way the Moluccan community’s rights were restricted by the house rules of the camps in which they had been ‘temporarily’ housed, was filed in 1951. This case too was rejected, as the restrictions were held necessary for maintaining order. As a rights catalogue, the Charter after all left sufficient room for such restrictions. After the dissolution of the Union in 1956, all that was left in this regard were the even more vague references to ‘fundamental rights and freedoms’ in the 1954 Charter of the Kingdom.

Rights for others, firing back?

As these preliminary explorations show, the impact of the 1949 Union Charter was eventually rather limited. Both in the political debate on equal rights and in the court cases started by the Moluccan community, they did not suffice to change the outcome by themselves. At the same time, the way in which the Charter was mobilized does highlight that the rights listed in it indeed were not merely there ‘for others’. They also could affect the domestic legal order, even though their eventual impact remained limited. In fact, as Fleuren noted, both Charters explicitly authorized courts to review national legislation on its compliance with the (human rights) provisions in these documents. This preceded the 1953 constitutional review that acknowledged the standing practice of ‘internal effect’ of international law in the Dutch legal order, which also ensured the direct effect and primacy of amongst others the ECHR in the Netherlands.

Thus outsourcing the guarantee of rights to international instruments, which however needed to be upheld by national institutions, the Dutch continued to operate based on a mostly ‘citizenship-based’ conception of rights – but at the same time moved towards a more hybrid understanding of where the rights could be found. This more open and multilayered understanding of legal orders was significantly encouraged by developments on the international level. As this contribution has tried to illustrate however, it also was importantly informed by colonial and postcolonial arrangements. 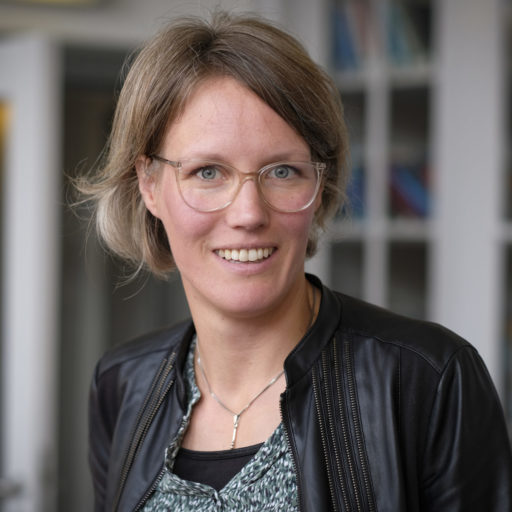