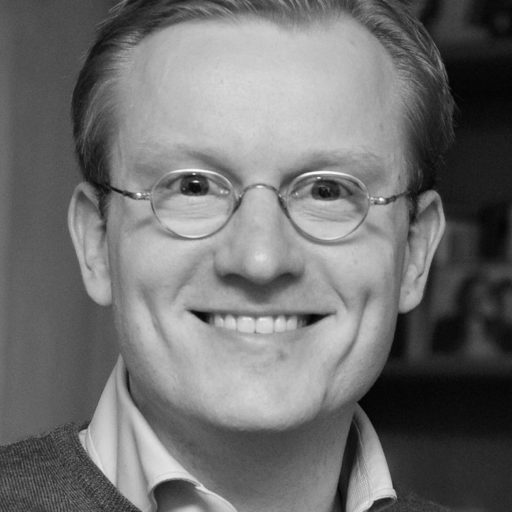 Benedikt Reinke is a PhD student at King’s College London and a Research Fellow at the Transnational Law Institute.

SHOW ALL ARTICLES OF
Benedikt Reinke

On 19th May 2020, the First Senate of the German Federal Constitutional Court (FCC) delivered a decisive judgment on the German Act on the Federal Intelligence Service (Gesetz über den Bundesnachrichtendienst, short: BND-Gesetz) and ruled that the Act’s provisions on telecommunications surveillance of non-German nationals outside German territory by the Federal Intelligence Service (BND) violate the German Basic Law. At the same time, the Court decided not to void the provisions with immediate effect, but to keep them in force until 31st December 2021, by which time the legislature would have to revise the existing provisions in accordance with the German Basic Law. While this judgment entails a number of important legal questions, I would like to focus on one aspect in particular: the FCC’s findings on whether German state authorities like the BND are bound to the fundamental rights of the German Basic Law when their interventions exclusively affect non-German nationals in non-German territory. I will briefly present the Court’s position on this question and subsequently evaluate its legal implications, both for the case at hand and for the understanding of the extra-territorial reach of fundamental rights more broadly. If foreign nationals can appeal to the fundamental rights of the German Basic Law in their protective capacities against the intervention of German state authorities, as the FCC judgment affirms, will they also be able to rely on these rights in their obligating and positively protective capacities, claiming Germany’s intervention for their protection abroad?

The FCC judgment responds to a constitutional complaint against certain provisions of the BND-Gesetz by a group of journalists and NGOs, including Reporters Sans Frontières. These provisions allow the BND to conductso-called Ausland-Ausland-Fernmeldeaufklärung, which entails telecommunication surveillance for the collection and (subsequent) processing of communication data exclusively between non-German nationals outside German borders. Characteristic of this form of strategic surveillance is its targeted analysis of the entirety of all transmitted data, without the requirement of any concrete grounds for suspicion. The complainants argue that the provisions of the BND-Gesetz violate inter alia their right to privacy of telecommunications and the freedom of the press. The German Federal Government, joined by the State Government of Bavaria, objects that the BND is not bound by the fundamental rights of the German Basic Law when conducting surveillance operations on foreign nationals abroad and, even if it were, that the provisions of the BND-Gesetz comply with the German Basic Law. The FCC responds to these claims in two steps: first, it addresses the question of whether the BND is bound by the German Basic Law in its surveillance of non-German nationals abroad and, second, it conducts a full constitutional review of the challenged provisions. The first step and its legal implications lie at the core of the present discussion.

Extraterritorial reach of fundamental rights as protection against state interference

This judgment is of central importance, I propose, especially in two regards: in how it affects the work of the BND and, pointing beyond the case at hand, in what it reveals about the extra-territorial reach of the German fundamental rights. Let me turn first to the former. While the judgment is celebrated by some, including the prominent complainant Reporters Sans Frontières, as a much-needed confirmation of the centrality of the German Basic Law in protecting individuals against German state surveillance world-wide, Christine Lambrecht, Germany’s Minister of Justice, is confident that the BND will be able to continue its work in compliance with the FCC’s ruling. Indeed, the judgment itself acknowledges that the measures of strategic telecommunication surveillance, as established in the BND provisions, are, in principle, compatible with the German Basic Law – if not in their current form. The provisions on cooperating with foreign intelligence agencies provide a case in point: while the FCC notes that the German Basic Law, in principle, allows for a cooperation between the BND and foreign intelligence entities in order to conduct telecommunication surveillance of non-German citizens abroad, it asserts that the legislature needs to ensure that the fundamental rights under the German Basic Law are safeguarded in any such cooperation. It remains to be seen, however, how significant a limitation the changed legal framework that the FCC ruling necessitates will pose for the intelligence work of the BND. Will BND surveillance operations that target foreign nationals abroad, once they are bound by the German fundamental rights, still be able to provide the same amount and quality of intelligence? Critics of the Court’s ruling strike a cautious note. Thus, Peter Neumann of King’s College London anticipates that the judgment might result in a significant weakening of the BND’s effectiveness and make the intelligence service more dependent on foreign intelligence agencies. At the same time, it is bound to make such cooperation more difficult since foreign intelligence services might not adhere to the same standards and would thus no longer be eligible as sources for German intelligence.

Implications for the other dimensions of fundamental rights

The second important implication of the FCC judgment points beyond the BND case and raises the question of the extra-territorial scope of the German fundamental rights. The FCC’s ruling establishes that the German fundamental rights guarantee protections against the interference of a German state authority like the BND also for non-German nationals in non-German territory. Yet, does this extra-territorial reach of the German fundamental rights also extend to situations in which a non-German national abroad demands Germany’s active intervention on their behalf? The judgement’s reading of Article 1(3) of the German Basic Law provides a fruitful starting point for approaching this question. The FFC holds that the Article constitutes that German State authority is comprehensively bound by the fundamental rights. The provision does not contain, so the FCC adds, any restrictive qualification to this principle with regard to territory or specific acts of sovereign power. The next sentence of the judgment, as Russell A. Miller has rightly pointed out, requires particular attention: “Das gilt jedenfalls für die Grundrechte als Abwehrrechte gegenüber Überwachungsmaßnahmen, wie sie hier in Frage stehen“ (emphasis added). The adverb “jedenfalls” is particularly significant. It introduces an important element of qualification to the Court’s preceding assessment of the extra-territorial applicability of the fundamental rights. Based on the following sentence in the official press release on the FCC judgment, Miller translates the term as “at least”: “At least Art. 10(1) and Art. 5(1) second sentence GG, which afford protection against telecommunications surveillance as rights against state interference, also protect foreigners in other countries” (emphasis added). We find an even closer correspondence to the original wording of the German judgment at a later point in the press release, where “jedenfalls” is rendered as “in any event”: “In any event, this holds true for fundamental rights affording protection against surveillance measures as rights against state interference, which are at issue in the present case” (emphasis added). In both cases, the adverb suggests that the FCC limits the scope of its judgment on the extra-territorial applicability of the German fundamental rights to a specific case: fundamental rights as protective rights against the particularly intrusive state interference constituted by telecommunication surveillance operations.

In the light of these arguments, I propose that the FCC’s ruling in favour of an extra-territorial scope of the German fundamental rights, in their protective capacities against state authorities, cannot be straightforwardly applied to the other dimensions of the fundamental rights without causing potentially significant conflicts with both the meaning of the German Basic Law and the principles of international law. New cases are likely to arise that will test precisely how far the principle of extra-territoriality may be taken and that require the FCC to explicit adress what remains a lacuna in the present judgment.