Regulating News Recommender Systems in Light of the Rule of Law

The use of recommender systems by online news media is a particular case. News media are a cornerstone of democratic societies. They publish information on matters of public interest, act as a public watchdog over public bodies and powerful companies, and provide a forum for public debate. A well-functioning media sector contributes to the rule of law. At the same time, the rule of law requires media freedom. In this context, I distinguish news media from social media. People increasingly find news via social media, but these media are fundamentally different. News media produce and publish news themselves and exercise editorial control over the content they distribute, while social media only repost news produced elsewhere. Social media do not have media freedom, and the comments in this contribution apply solely to news media, not social media.

News recommender systems create opportunities and risks for individuals and societies. These personalised systems may help individuals find the news that is important to them and navigate the online information overload. At the same time, news recommenders’ risks for individuals include a loss of privacy and autonomy in making news choices. On a societal level, there are fears around filter bubbles and a decline of media diversity, an increase of polarisation, and the amplification of disinformation, which could have even more harmful effects when recommended to individuals who are specifically susceptible to false and fabricated information. While empirical research consistently shows that filter bubbles are much smaller and less prevalent than is commonly thought, news recommenders’ effects do warrant attention, seeing the news media’s democratic role.

A Need to Regulate News Recommenders?

The principle of media freedom raises issues for the use of recommender systems by online news media. How can news users’ interests and fundamental rights be guaranteed, and how can public values be preserved if media freedom limits media regulation, specifically around decisions on what type of content to offer and how?

This question requires differentiation between public service media and commercial media. Commercial media, be it printed, broadcast, or online media, are not regulated in their decisions what stories to investigate, how to report on these stories, and which stories go on the front page. Nevertheless, these news media are subject to self-regulation. They adhere to journalistic codes of ethics and organise in press councils and are guided by strong ethical values, differentiating them from social media and other online platforms that are not led by similar standards. Many news media are highly aware of the risks of recommender systems, and not interested in building addictive services, where news users spend all day. Most news media use personalised recommender systems only on parts of their website or app to prevent filter bubbles. For instance, the mobile app of the Dutch news service NU.nl has three main sections in the bottom bar: ‘Front page’, ‘Just in’, and ‘My NU’. The app opens on ‘Front page’, where everyone sees the same news, while the ‘My NU’ section provides personalised recommendations. NU.nl wants ‘to be the place for everything you should know and everything you want to know. What you should know is what our editors believe is important, regardless of your interests […] What you want to know ties in to your interests’. The mission of providing quality content to news users and providing them with societally relevant news is at the heart of most news media, who might not need an explicit legal obligation to develop responsible news recommenders.

Supporting Instead of Regulating the News Media Sector

Even though many news media responsibly use recommender systems, not all news media fit this optimistic view. Some are less guided by journalistic ethics and more by profit. Tabloid-like media thrive on publishing sensational news and othering people. Mainstream news media sometimes play a role in spreading mis- and disinformation or (unwittingly) boost false content created by other accounts. Europe is also seeing a rise of highly partisan news media, which influence how citizens view the political system and are linked to low trust in mainstream media.

When these kinds of news media use recommender systems, the risks for individual rights and societies at large may increase. For instance, the German tabloid newspaper Bild has a fully personalised app called BUZZ. What is the effect on BUZZ users and their communities if they receive mainly personalised news recommendations via their mobile app, on topics such as the current covid-19 pandemic, German and international politics, and recent crimes? At the moment, we simply do not know the consequences of citizens mainly receiving news through recommender systems on tabloid or partisan news media, or media outlets containing disinformation. On the one hand, while filter bubbles are limited, as mentioned above, empirical research suggests that news recommenders can lead to selective exposure. If people are consistently exposed to news that confirms their views, they may become less tolerant to other views or groups. On the other hand, people usually use multiple news sources. The harmful effects of tabloid news recommender systems may be compensated by other, better news sources that citizens use, including public service media. Before law and policy makers take steps, we should empirically research whether recommender systems on less responsible news media threaten individual rights, democratic debate, and social cohesion.

If empirical research leads to the conclusion that news recommender systems on “less responsible” media should be addressed, the question is how to do so while respecting media freedom, which is crucial for the rule of law. In any case, the question of which media are less responsible than other media should be left to news users and the news sector themselves. It would infringe media freedom if the state made such a determination, and media freedom means we cannot subject some news media to regulation and others not. Likewise, standards of journalistic ethics and responsible news recommenders should be developed and enforced by the news media sector, not by the state.

One solution could be to support the news media sector instead of regulating news media and their recommender systems. We can take inspiration from approaches suggested to counter disinformation while respecting media freedom and freedom of expression. For example, the EU High Level Group on fake news and online disinformation recommended to fund independent quality news media and public service media as an antidote to disinformation spread by less trustworthy news media. 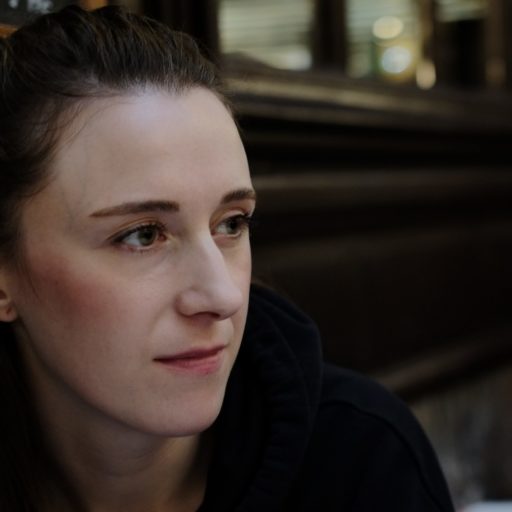 Sarah Eskens Sarah Eskens is an Assistant Professor in Law and Technology at the Vrije Universiteit Amsterdam. She wrote her dissertation on fundamental rights and recommender systems in the online news sector. In general, she researches and teaches privacy, data protection, and media law.