The Rule of Law in Georgia

What can the EU leverage?

Mediation efforts between the government and opposition forces, initiated by President Michel in Tbilisi, brought the rule of law and the institutions of justice to the forefront of negotiations. The abuse and subsequent erosion of the rule of law are familiar problems for the EU inside the bloc. Recognized as the foundational pillar of the Union’s constitutional architecture, the EU has been actively promoting it in its neighbourhood, including in Georgia, which sought closer ties and the prospects of eventual EU-membership.

The EU institutions’ experience of handling rule of law crises at home should better inform its neighbourhood policy. Somewhat paradoxically, the EU has greater leverage in its neighbourhood countries, like Georgia, than it has towards its internal problematic members.

The impetus for the rule of law crisis

Georgia’s political stalemate has been deepening since the October 2020 parliamentary elections, in which GD (Georgian Dream party), led by billionaire tycoon Bidzina Ivanishvili, claimed victory for the third consecutive term. Opposition forces have declared the election massively rigged and boycotted the work of the legislature. As a result of this ongoing boycott strategy, only 6 out of 60 opposition MPs have assumed their office in the 150-member chamber. Talks facilitated between GD and opposition forces by the ambassadors of the EU and the US have quickly deadlocked.

The detention of Melia in 2021 goes back to a charge from 2019. In June 2019, Melia gave an inflammatory speech at a spontaneous mass demonstration against the GD government’s Russia policy, for which he was charged with the “incitement of violent takeover of the parliament premises”. Riot police brutally cracked down on this protest, citing the imminent storming of the parliamentary premises as a justification. While the GD-controlled parliamentary supermajority had immediately stripped Melia off his parliamentary immunity, he was not detained. The prosecution motioned for his detention after Melia had not complied with the court order to pay bail: Melia deliberately chose disobedience as part of the overall protest strategy against the regime.

Melia’s detention was preceded by PM Giorgi Gakharia’s scandalous resignation. Among the numerous PM’s Ivanishvili’s party has had for its ninth year in power, Gakharia turned out to be the only one who resigned on his own will, in anticipation of imminent ouster, and furthermore slammed the door behind him. In a brief televised resignation speech, Gakharia bluntly stated that his inability to convince “the team” of the political impropriety of Melia’s detention was the reason for his resignation. He exposed what was already widely known in Georgia – that the judiciary had acted as Ivanishvili’s executioner against his enemies, and that the oligarch’s close circle in the party leadership (“the team”) had been in charge of making final determinations on the fate of opposition leaders (and anyone else in the country for that matter).

Gakharia’s refusal to enforce the court order on Melia’s pre-trial detention and his subsequent exit, has been followed by the return of Ivanishvili’s old confidant: Irakli Garibashvili. The once estranged former PM and Defense Minister under Gakharia is known for his unconditional personal devotion to Ivanishvili. It was Garibashvili who ordered the enforcement of Melia’s detention without hesitation.

Ironically, even after former PM Gakharia’s public statement, GD has not dropped its rhetoric of the rule of law in justification of its defiant stance on Melia’s case. Melia, GD’s speakers continue to insist, enjoys equality before the law and has to comply with the verdicts of “independent” courts. GD’s preaching on the rule of law and judicial independence, while undermining the very same values in practice, goes beyond mere hypocrisy and assumes overtly comic forms of public mockery.

In Georgia, it has become common knowledge that the judiciary is personally controlled by Ivanishvili through a notorious elite of judicial bureaucrats, known as “judicial clansmen”. Judicial clansmen are a powerful group of former and current court presidents, who switched their masters following the change of government in 2012. By 2019, in the words of Freedom House, Georgia has established itself among  “… hybrid regimes and autocracies that routinely mete out politicized justice.”

By the end of 2019, via a combination of abusive constitutional amendments and legislative reforms, the ‘clansmen-Ivanishvili’ coalition had successfully packed the Supreme Court, „following a ‚highly dysfunctional and unprofessional‘ appointment process […] in an ominous sign that such incidents [of politicized justice] would not be limited to the lower courts”. Ivanishvili has constitutionally entrenched the clansmen’s grip on judiciary power by cementing their control across judiciary institutions. An already tense situation has since been aggravated by arbitrary arrests and a number of controversial court cases.

While Georgia’s rule of law problem may not be that different from the problems the EU faces from within – in fact, they are often all too similar to Poland or Hungary – the EU’s institutional responses to these challenges necessarily differ. Paradoxically, the EU has greater leverage to address these problems in Georgia than at home.

Internally, the EU’s response to rule of law crises has been undermined by the leverage the suspect member states enjoy inside the Union’s institutions and politics. Much has been written (this blog included) on the series of infringement proceedings against these states and developing ECJ jurisprudence on judicial independence in the context of, inter alia, the Polish rule of law crisis. The Hungarian and Polish cases should make it clear to the EU that offending governments respond to different sets of incentives, which are more related to practical needs of survival in power, than ideational or value commitments. In this respect, the EU has significantly more powerful leverage vis-à-vis the Ivanishvili regime in Georgia than it has over its internal villains.

Due to the Ivanishvili regime’s incoherent response to the COVID-19 pandemic, the Georgian economy is in shambles. The regime needs the EU’s aid to balance the budget and sustain its extensive networks of clients, which comprise much of its electoral power base. By making its aid conditional, the EU could exert significant pressure on the regime to stop the rampant rule of law abuse. Currently, given the hopeless trajectory of Georgia’s economic recovery, Ivanishvili’s survival strategy stands on twin pillars of foreign aid funds and his immense personal wealth (large portions of which are located in Europe).

Aid conditionality coupled with (the threat of) personal sanctions on Ivanishvili’s wealth could serve as the most effective deterrence of abusive behavior. The case of Vladimir Plahotniuc, an oligarch who, like Ivanishvili, had captured Moldova’s institutions of public power, is instructive here. He fled the country and his regime collapsed, after an opposition effort supported by western powers and paired with sanctions succeeded. In part, for corrupt practices involving allegations of instrumentalizing Moldova’s judiciary in grand money laundering schemes.

For decades, since regaining independence, hopes for an eventual integration into the EU have energized Georgian society’s efforts for liberalization and democratization. Public opinion polls show steady support for EU integration. GD exploits this sentiment, while undermining every constitutional value of the EU, sabotaging even distant hopes of Georgia’s possible EU integration, despite proclaiming its intention to apply for Georgia’s EU membership in 2024. The EU’s neighborhood policy should capitalize more on Georgians’ public support. It should tailor the pressure it applies to the regime so that Georgian society is affected the least. It should be more careful to make sure that the EU’s aid to Georgian society is not abused by the regime to perpetuate itself and undermine everything that the EU stands for.

Over years, especially after the signature of EU-Georgia association agreement in 2014, the EU has been investing increasing efforts and resources into rule of law promotion projects in Georgia, specifically targeting judicial institutions. Following the Supreme Court packing in 2019, the EU has become increasingly frustrated by the waste of its rule of law assistance in the hands of an abusive regime.

Before giving an additional Euro to possibly ineffective projects of rule of law promotion in Georgia, the EU should make sure that it does not further empower judicial clansmen and thus strengthen Ivanishvili’s grip on Georgia’s judiciary. More has to be done to empower the struggle of civil society against the degradation of the rule of law at the hands of Ivanishvili’s judicial clansmen and other elements of his regime.

The EU continues to press Georgia on the rule of law and judicial independence. Decision-makers in Brussels are clearly aware of the failures of their previous efforts, hence President Michel’s emphases on the rule of law and the judiciary in the recent mediation, but it is not as apparent whether they have a coherent strategy on how to deal with it.  The EU needs to focus more on not wasting its funds on façade projects of the rule of law promotion. Without a systemic reshaping of Georgia’s judiciary and the dismantling of politicized justice, present purely technical assistance programs will not bolster the capacity or legitimacy of Georgia’s justice system. This is a task of fundamental political importance; it requires strong political consensus in Georgian society and politics, and the EU is in a strong position to help make it happen. 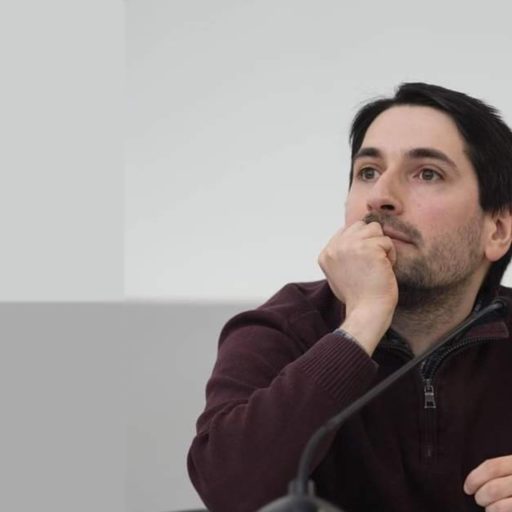