(Rule of) Law in the Time of Covid-19: Warnings from Slovenia

Painful as they may be, it is beyond question that radical limitations of a wide range of human rights are necessary to limit the spread of Covid-19, keep healthcare systems afloat, and help saving human lives. The aim of this contribution is not to argue against such measures per se. In spite of the gravity of the situation, however, any measures adopted to combat it must be adopted by competent bodies, following the procedure and under the conditions envisaged by law. In other words, rule of law concerns have to be fully respected. It is my concern that Slovenia has been failing this “rule of law in times of emergency” test.

Like Slovakia, Slovenia too has had two different governments in power during the pandemic – the first led by Mr Marjan Šarec, and the second, led by Mr Janez Janša, incumbent since March 14, after a reshuffling of parliamentary majorities.

While the handling of the crisis under Mr Šarec was not perfect from the rule of law point of view – in the early stages of contagion, the Minister of Health passed a decree limiting labour rights of healthcare workers that could only be passed during an epidemic, without having yet declared one – there was not a systemic rule of law failure during that time.

The approach followed by the current government of Mr Janša is less kind to the ideals of Rechtsstaatlichkeit. Here, I highlight three most crucial aspects. First, most of the invasive emergency measures are being passed by bodies that have no statutory authority to pass them. Second, the content of the decrees goes beyond what the statute permits. And third, the crisis is managed through an extralegal body, a parallel structure of power established with no legal basis and thus having no defined competences and accountability.

Governmental Decrees with No Statutory Basis

Slovenian law governs public health emergencies in the Communicable Diseases Act (ZNB). A less than perfect piece of legislation by the most benevolent of standards, it regulates measures that may be adopted to prevent and contain communicable diseases, as well as procedures through which those measures may be put into place. At the heart of the issue are Articles 37 and 39 of ZNB. They grant the Minister of Health the authority to pass certain extraordinary measures during an epidemic (Article 37) and to combat the spread of communicable diseases in general (Article 39). Measures include the temporary regulation of certain aspects of the healthcare system through decrees (Article 37) and limitations to freedom of movement and assembly, as well as limitations to goods that may be sold freely on the market (Article 39).

But even if we assume that it is the Government, and not the Minister of Health, that has the power to pass decrees under the ZNB, the material scope the decrees may cover has been interpreted excessively broadly. Even to the extent that it could be argued that the executive has illegitimately stepped into the shoes of the legislature.

For instance, Article 39(1)(3) of ZNB provides that the Minister of Health may “prohibit assemblies of people at schools, cinemas, public bars, and other public places”. Put simply: assembling in public places may be banned. On the basis of this provision alone, however, the Government has decided to evict all students across the country from student housing on a less than 12-hour notice without offering any housing alternatives – a move that has been heavily criticised by a number of legal scholars, including myself. On this same legal basis, the Government also decreed that schools, universities, and student housing (!) may be used by the Civil Protection to perform tasks related to containing the epidemic. Again, a measure not even remotely related to a prohibition of people assembling in public places.

To be clear, this is not a criticism of what was decreed – it might very well be that additional facilities are going to be needed to host patients and preparing for this scenario is laudable. What is not praiseworthy, however, is that these measures are passed by a body that has no statutory authority to pass emergency decrees of the kind and that the substance of the decrees oversteps what is statutorily permitted. To achieve the ends that might very well be epidemiologically required, the Government cannot arbitrarily pass any decrees it may deem necessary, but it has to better navigate the existing legal framework. If it considers that the framework is ill-suited to tackle the epidemic, it can either change it or, as a matter of last resort, declare a state of emergency.

On the very same day the Government of Mr Janša took over, it formed a body it named the “Crisis Headquarters” or “Crisis Unit”. It was formed to coordinate an action response to the Covid-19 pandemic through a “comprehensive approach when developing measures and advance mutual coordination”. While this sounds great, the problem, again, is that there is no legal basis for the creation of such a body. Thus, the composition of the body, its legal competences, its function, how it relates to other public bodies, how it can be publicly scrutinised, and what accountability mechanism are in place, is completely undetermined and unregulated.

Yet, the Government decided to form this mysterious body regardless of the fact that Article 20 of the Government of the Republic of Slovenia Act (ironically, the very same Article the Government has been referring to in justifying its power to pass emergency ZNB decrees) already fully regulates the procedure to be followed in emergencies, defines the public bodies to be involved in tackling the crisis, defines the relations between them, and maintains a clear line of accountability.

Such a limbo, opacity, and extra-legality of the Crisis Headquarters is all the more concerning considering that it is in fact within and through this body, and not those envisaged by law, that most of the intrusive emergency governmental decrees are debated, drafted, agreed on, and communicated to the public. Bypassing existing legal structures and forming extra-legal ones is suspicious in the best of times, let alone in times when governments across Europe have been exercising executive powers arguably unseen in the post-WW2 era.

Awkward Crisis-Management or Reason for Concern?

Distinguishing between legitimate limitations of human rights for reasons of public health and illegitimate usurpation of public power is always going to be a fine line to walk. And while empty speculations as to the motives of the Slovenian Government for following such a questionable approach would not be fruitful, there are reasons for concern that there might be more than legal illiteracy at play here.

Crucially, the Government does not seem to be particularly keen on public scrutiny. When a journalist required the Government under the Public Information Access Act  to cite the legal basis for the formation of the Crisis Headquarters, the General Secretary of the Government mockingly responded to him on Twitter that he will receive his response within the time limit prescribed by law. After a couple of days of a smear campaign, the Government passed a law suspending most deadlines in administrative proceedings, including those under the Public Information Access Act, thus de facto suspending all freedom of information requests. Needless to say, this renders any real public scrutiny of government action impossible.

The Government also succeeded in passing a law granting it full and complete control of the budget until September 2020. In addition, they proposed a provision which would eliminate all parliamentary control over how they exercised this authority. However, the provision did not pass in Parliament. At the same time, the Government also suspended the reporting of public expenses to the Anti-Corruption Commission, which publishes all transactions by public bodies online. After a public outcry, they have now resumed the practice some days later.

And finally, in spite of strong-worded protest by the Journalists’ Association, the Government de facto suspended press briefings to, allegedly, limit the spread of Covid-19. Even though the Government has tried to respond to the journalists’ protest by changing the format of briefings again, journalists are still not able to directly ask questions (and follow-up questions) in real time. In 2020, it seems that holding an e-press briefing with direct real-time questions would not be an insurmountable logistical hurdle.

Regardless of the motives behind such actions, it is crucial to understand that this is not only a matter of rule of law and of legality of executive action. It is also a matter of effectiveness of government regulation. As the late Justice Brandeis put it: “In a government of laws, existence of the government will be imperilled if it fails to observe the law scrupulously. /…/ If the Government becomes a lawbreaker, it breeds contempt for law; it invites every man to become a law unto himself; it invites anarchy.” Thus, if these exceptionally restrictive measures are not perceived by the public as legitimate limitations of individual rights to contain the Covid-19 pandemic, but are instead perceived as a dangerous power-grab by any part of the executive branch, compliance is inevitably going to suffer. And this will mean a worsening of the pandemic at best, and a collapse of health care systems at worst. 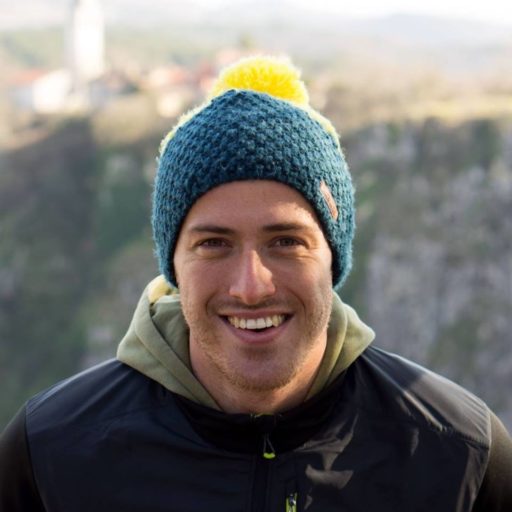 Other posts about this region:
Slowenien 4 comments Join the discussion
pixel_not_set
Go to Top