Fast-tracking Scotland’s re-entry to the EU

The legal and political realities of accelerating accession

The SNP and the Scottish Green party made the idea of ‘independence in Europe’ central to their campaigns for the May 2021 Scottish election. As the dust settles with a pro-independence – though not an SNP – majority in the Scottish Parliament, it is worth considering what an independent Scotland’s path back to the EU could look like.

A recent report by the Institute for Government concluded that the route to EU membership could take the best part of a decade. The two sets of negotiations – with the UK government on the terms of independence, and with the EU on the terms of accession – would both be extremely complex. But there have been calls to ‘fast-track’ this process, with a letter from a coalition of artists, philosophers and cultural figures across the UK and EU the latest in this line.

There is currently no formal way to fast-track the EU accession process. Increasing the speed at which an independent Scotland could rejoin the EU is primarily an issue of political will and domestic preparation, limited by the legal realities of meeting the terms of the acquis communautaire (the EU body of law) and the treaty requirements.

The process of joining the European Union

The legal process for joining the EU is set out in Article 49 of the Treaty on European Union (TEU). The article itself is short, standing at only 145 words, and it provides limited conditions and details for the process. This is an indication of the politically-driven nature of the accession process – the decision to open negotiations, as well as to formally open and close the chapters of the acquis, belongs exclusively to the member states.

Article 49 does make it clear that Scotland would not be able to formally submit an application for membership to the council until it had become an independent European state, meaning that the process could start only once Scotland had finalised its secession from the UK. It also requires the applicant country to respect and commit to promoting the values set out in Article 2 of the TEU, including human dignity, freedom and democracy, which would be unlikely to cause problems for an independent Scotland.

However, in 1993 at the European Council meeting, member states agreed the ‘Copenhagen criteria’, which set additional prerequisites for accession. Scotland would also have to demonstrate compliance with all these criteria. These are grouped into three strands:

If a country meets the criteria, then negotiations can begin. There are 35 chapters of EU law to be negotiated, covering six thematic groups: fundamentals; internal market; competitiveness and inclusive growth; green agenda and sustainable connectivity; resources, agriculture and cohesion; and external relations. Over the course of the negotiations, the candidate country must demonstrate that it can translate each chapter into its national law, policy and practices and each cluster of chapters requires separate unanimous approval by the member states.

Scotland would also have to reach agreement with the EU about the politically tricky areas of whether it would join the euro and the Schengen area. The UK had secured opt-outs for both of these, which Scotland will likely seek to replicate, in order to maintain the Common Travel Area across the islands of Great Britain and Ireland and avoid joining the eurozone, which is domestically very unpopular.

The legal limitations of fast-tracking accession

The open letter in favour of a fast-track accession process, which was recently published in the Guardian, calls on the EU to make “a unilateral and open offer of membership” to Scotland.

The letter argues that Scotland should not have to go through the usual application process, whereby the applicant country notifies the European Parliament, member states’ national parliaments and submits a formal application to the Council of the European Union. It states that Scotland “need not apply as a “new” accession candidate”, in recognition of its unique circumstances as a former EU member.

But fast-tracking the accession procedure would be a difficult and laborious process – that EU member states would have little appetite for. It would require bypassing or modifying Section 49 of the TEU. The TEU can only be modified by the ‘ordinary’ revision procedure (unlike the simplified procedure for ‘less fundamental parts’ of the EU treaties). This would require an intergovernmental conference and unanimous decision between the governments of member states, as well as approval in each member state. This must take place in accordance with national constitutional requirements – which could include a referendum in countries such as France. Accession agreements can include adjustments to the central EU treaties, but any such agreement with Scotland would be too late to permit a change to its own application process.

Changing Article 49 would be slow, and likely controversial, and European officials have steered away from any such suggestion.

Another way to speed up to the process might be for Scottish government to pursue negotiations with the EU in parallel with independence negotiations with the UK. However, there would be no precedent for the EU negotiating with a non-sovereign entity in this way, so the EU would have to agree to establish a bespoke process to manage any such negotiations. This would also likely require the consent of the UK government.

Even if those conditions were met, it would pose a big challenge to the Scottish government to negotiate two huge deals simultaneously. Not only would the capacity of the government be stretched, but the two deals could affect each other, with terms of accession impacted by the terms of independence. All in all, this approach seems unlikely to be viable, although informal discussions with the EU could take place prior to Scotland having left the UK if there is political willingness.

Any potential fast-tracking depends on political will

It is much more probable that the processes for application and negotiation will stay fundamentally the same, but political attitudes will provide impetus for a quicker than average accession. EU members will almost certainly treat Scotland very differently when it comes to making the political decisions about whether or not to open accession talks, as well as how quickly to close chapters.

Claims that Scotland will have to ‘go to the back of the queue’ are unhelpful. Scotland would be joining a list of applicant countries, and will technically be behind in terms of the steps it has taken, but this does not mean that it would necessarily admitted behind countries such as Montenegro and Albania – particularly given the EU’s tendency to prefer countries to join at the same time.

If the Scottish government prioritises a swift accession and negotiations, it must be also willing to compromise. Warnings should be taken from the experience of Iceland – the most recent comparable country to apply for membership, in 2009. There was discussion of fast-tracking Iceland’s application and very swift negotiations, with newspapers at the time predicting that it could be a member state by 2011. However, it took a year simply to secure the opening of negotiations. Iceland had completed negotiations on only 11 chapters, when it suspended its application in 2013, despite already being part of the EEA and therefore having already adopted much of the necessary EU law. In another potential parallel with Scotland, the difficult issue of fishing quotas was as a key obstacle to Iceland joining the bloc.

The Scottish government should focus on domestic preparations

To ensure the fastest accession possible to the EU, an independent Scotland’s focus should be on its domestic situation.

A Scottish state would need to develop institutions in many areas that are currently governed by Westminster to function independently, as well as to meet the EU accession criteria. This includes new capacity to carry out functions such as foreign affairs, defence, monetary policy, a comprehensive system of taxation, and immigration and customs controls.

Delays in establishing these institutions and capabilities would slow the rate of negotiations and the ability to close chapters, when an independent Scotland’s separation from the rest of the UK would already be extremely complex and time-consuming. The Scottish government should ensure that maximum progress is made in developing new institutions throughout this period, putting it in the best possible position when formally applying to the EU.

Narrowing the divergence between law in Scotland post-Brexit and EU law would also make the acquisition of the acquis quicker and easier. The Scottish government is already aiming to keep pace with EU law in areas of devolved legislative competence and has recently passed legislation to facilitate this. Scottish ministers can now make use of a fast-track procedure to give effect to new EU regulations, decisions and directives, but it is currently uncertain whether there is the capacity for this procedure to be effective. Previously, it was UK government departments who would lead on monitoring EU legislation and would notify the Scottish government of any new EU obligations concerning devolved matters. In 2019, more than 2,000 regulations, directives and decisions were passed by the EU. While only some of this will fall within Scotland’s devolved legislative competence, identifying what does will be a big task that Scotland should prioritise.

Finally, Scotland would also have to decide whether to incorporate the use of referendums into the accession process, perhaps setting the tone for the role that this style of direct democracy would play in an independent Scottish state.

It has become accepted practice for imminent member states to hold a referendum on the accession deal, with referendums being held to approve joining the EU in 10 of the 11 newest member states. If an independent Scotland should choose to do hold a referendum on joining or on the accession deal, then it would further lengthen the process by a number of months. For comparison, the Brexit referendum was held 6 months after the necessary legislation received Royal Assent.

Currently, there are mixed messages from leading SNP figures with Sturgeon stating she doesn’t think a vote on EU membership would be necessary, given that 62% of Scots voted against Brexit in 2016. Whereas, Michael Russell, Scotland’s former constitution secretary, claimed it could be “desirable” to hold a referendum on the EU, “depending on the circumstances”.

It is through these domestic choices that an independent Scotland could most effectively accelerate the accession process. 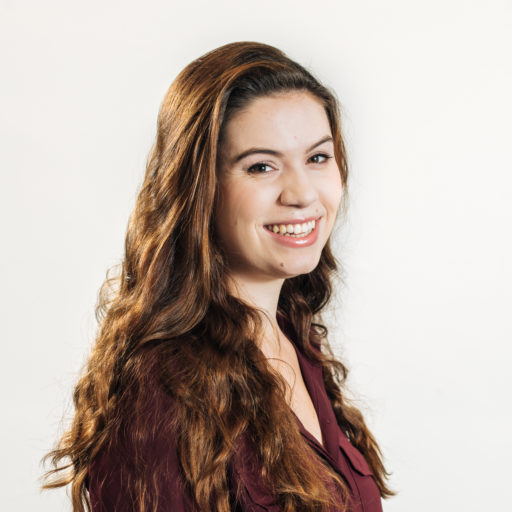