Von Bogdandy and Ioannidis make a radical proposal for the institutional reform in Greece that has to be thoroughly studied by the European institutions. The travails of the country seem to have no end. Even though Greece avoided imminent collapse and civil unrest in 2015, the reform process has not reached the threshold of irreversibility after seven years of austerity. Entrenched interests, including oligarchs and trade unions, and political patronage, hold the country back. Successive governments have been following the same script: preserving the sclerotic public sector at any price, building cosy relationships with ‘willing collaborators’ from the big capital, and shifting the burdens to the middle class through unsustainable taxation. In the absence of a credible liberal alternative, here is where the Greek left meets the Greek right.

This self-defeating routine has to be broken, if Greece is ever to become a ‘normal’ country. The proposal to use persons of the diaspora as ‘agents of change’ in critical leadership positions is attractive, even revolutionary. There are good chances that it will succeed in stabilizing the country, but the path is fraught with predictable risks. Resistance to reform is directly or indirectly sponsored by the ‘deep state’, and this factor will not change. However, predictability is its weak point: so far, the ‘resistance’ has been neither ‘smart’ nor in any sense ‘innovative’, but rather crude and robotic.

There will be four formidable challenges to the new system: ‘resistance’ by the entrenched interests, legal challenges against the reform measures, lawfare against the persons in charge, and risk of assimilation of the reformers into the system. As a general principle, EU monitoring and control mechanisms should be strengthened in order to face these challenges. External consultancies should be used at all stages of the introduction and evaluation of the new system, as well as for the support of the new administrators.

First, the opponents of the reform will present the new leaders as ‘stooges’ of foreign interests and will try to discredit their mission. Trade unions, finding themselves in a pre-Thatcherite state of mind, will use all means available to block the change. They will mobilize the mass media, controlled by the state or by the oligarchs, to attack the reform and incite the population against it. They will push for disobedience at work and will attempt to isolate and intimidate those who will be prepared to assist the new leadership. Law-abiding individuals may be excluded from professional organizations and threatened to lose their license to work, if they do not follow the policies of ‘resistance’. Members of the government will be prompted to attack the reforms at the convenient moment. Routine mistakes in an administration run by the reformers will be magnified and attributed to an alleged ‘hidden agenda’.

The reformers should make use of social media to counter the attacks. It will not be sufficient to hold a defensive posture, but they should go into the offensive and provide evidence of the deficiencies of the old structures. They should expose instances of corruption and maladministration, and demonstrate the need for change. Transparency of public administration is the strongest weapon against ‘whispering’ and ‘palace conspiracies’. The Commission should assist by creating digital platforms, where this information would be easily accessible. Moreover, the new leaders should be media savvy and capable of defining the terms of the public discourse.

Challenges of that kind can only be managed in time and no quick fix is possible. It is therefore necessary to combine the implementation of the proposal by von Bogdandy and Ioannidis with the introduction of new measures of structural reform that would streamline the legislation. One source of opaqueness is found, for instance, in ‘pseudo-privatizations’ of public enterprises, where the state maintains control, but creates the illusion that market rules apply. Labor law should be made more flexible to facilitate business; the state should concentrate on its core function of supervision of economic activities and restrict the direct provision of services as far as possible.

Therefore, to avoid legal challenges in the long-term, the mandate of the newcomers should not be to implement existing rules and procedures, but to introduce a re-defined and codified reform package. The European institutions should also consider employing the instruments of European law (binding decisions, for instance) as far as possible, to protect the reforms from legal challenges before the Greek courts.

Third, the opponents of reform will probably engage in personal lawfare against the newcomers, as they have done in isolated cases in the past. They may use civil or criminal procedures to intimidate individual administrators and to generate a chilling effect on others. Protracted legal procedures are also expected to knock the defendants out of their functions, even if the accusations are unsubstantiated or fake.

To avoid derailment of the reform process, the newcomers should be held accountable only to the Commission. Furthermore, a special court should be established under European and Greek law with the exclusive competence to decide on legal disputes relating to the fulfilment of their duties.

The fourth challenge is linked to the new administrators themselves. The Greek diaspora is a diverse group composed of individuals with different ideas and personal histories. Some of them, in particular the younger, have an ‘activist’ interest in Greek politics, and they genuinely believe in the agendas of the Greek political formations. Others are fully assimilated in their new countries and they show no interest for the situation in Greece. Most members of the diaspora, however, belong to a third group, who are socially liberal, fiscally conservative, reform-minded, but not-activist, and follow the Greek developments from a distance. It is from this last group that the Commission should recruit the new leaders of the administration.

As in any rule of law system, control, supervision, and continuous evaluation of the newcomers is necessary. Some of them may be tempted to integrate in the system they are expected to challenge, or use their positions as a springboard for a political career, while others may bow to the pressure of the entrenched interests. Therefore, there should be a continuous evaluation of their performance, preferably not only in the form of the usual technocratic ‘box-ticking’ exercise on reaching quantitative targets. It is necessary for the Commission to evaluate the ‘policy impact’ of the new system, in the sense of overcoming resistances, establishing real authority over the administrative systems, and fencing off the various administrative units against government interference.

The proposal by von Bogdandy and Ioannidis can be a watershed moment for the management of the crisis, if properly implemented. Otherwise, it will be another lost chance for successful state-building in Greece, and the responsibility for the failure will be shared between the Greek governments and the European institutions. Because by now, the Union should know better. 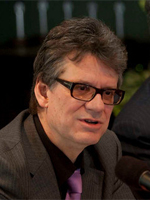