“News resources today indicate that at least seven atypical pneumonia cases were reported in Wuhan, China. Their health authorities replied to the media that the cases were believed not to be SARS; however, the samples are still under examination, and cases have been isolated for treatment.”

On December 31, 2019, the Taiwan Centers for Disease Control (CDC) sent the above message via email to the International Health Regulations (IHR) focal point under the World Health Organization (WHO). In the meantime, Taiwan also initiated COVID-19 epidemic prevention measures. This article endeavors to explain Taiwan’s emergency command and response system, to summarize Taiwan’s current regulatory actions against the epidemic outbreak, and to provide a few remarks on the emergency measures undertaken from the perspective of constitutionalism.

Since the outbreak of COVID-19, various parties have urged President Tsai Ing-wen to issue an emergency decree in accordance with Article 2 (3) of Additional Articles of the Constitution of the Republic of China (Taiwan).1) Until now, however, the possibility of issuing an emergency decree has never been considered. Based on my observations, there are three main reasons for the reluctance.

First, owing to the severe lessons drawn from the experience with the Severe Acute Respiratory Syndrome (SARS) epidemic in 2003, Taiwan has already made substantial improvements to the legal mechanism for the prevention and treatment of contagious diseases. During SARS, Taiwan was not informed by the WHO due to international exclusion. This led to a chaotic experience in treating hundreds of infection cases without international support and the controversial lockdown of one hospital in Taipei. Despite the difficulties, dedicated efforts by the government and the people of Taiwan, along with the enactment of the “Provisional Act for Prevention and Relief Measures for Severe Acute Respiratory Syndrome” (hereinafter SARS Act) which was effective from March 15, 2003 to December 31, 2004, had the SARS outbreak in Taiwan under control by July 5, 2003. A total of 346 cases were recorded as confirmed SARS cases. Among them, 73 died, of which 37 died directly from SARS.

Such an experience prompted Taiwan to take a precautionary approach in facing contagious diseases, as exemplified by the total revision of the Communicable Disease Control Act (hereinafter “CDC Act”) in 2004. The SARS Act expired on December 31, 2004 and was incorporated into the CDC Act. Furthermore, the CDC Act has since been amended many times. The latest amendment was in June 2019. The emergency response mechanism for contagious diseases is generally stated in the CDC Act, including, inter alia, the improvement of the disease classification models, the establishment of a centralized disease control system for recognition, the announcement and removal of epidemic conditions and affected areas of communicable diseases, the enhancement of disease control measures, the requirement of informed consent to record, videotape or photograph patients under isolation care, home-based quarantine, concentration camp quarantine and their families etc.

Second, at precisely 13:56 on February 25, 2020, the Parliament has already passed “the Special Act for Prevention, Relief and Revitalization Measures for Severe Pneumonia with Novel Pathogens” (hereinafter “COVID-19 Special Act”). At 17:30 on the same day, the President announced this Act. The interval between enactment and promulgation only took about 2 hours. This Act is effective from January 15, 2020 to June 30, 2021. Upon the date of its expiry, the term of the Act may be extended with approval of the Parliament. Although there is no time limit for the extension, the Act is unlikely to be extended from the experience in implementing the SARS Act. In terms of legislative procedures and regulatory effectiveness, the COVID-19 Special Act has equivalent effects to the issuance of emergency decrees.

Third, the authorization of an administrative order through an emergency decree in Taiwan became less appealing than through law after 2002. The background of this shift is outlined as follows. After a catastrophic earthquake in Taiwan on September 21, 1999, the President issued an emergency decree in response to the earthquake on September 25, 1999. The Government drafted and submitted to the Parliament, the “Emergency Decree Execution Outline of September, 1999” (hereinafter “the Execution Outline”). Members of the Parliament applied to the Judicial Yuan (Taiwan’s Constitutional Court) for an interpretation as to the constitutionality of the Execution Outline.

In the 2002 J.Y. Interpretation No. 543, the Constitutional Court upheld that in principle, the content of emergency decrees should be thorough and detailed so they can be executed swiftly without the need for supplementary regulations. When there are time constraints and in cases in which provisions for detail and technicality are impracticable, the decrees must contain provisions expressing precise objectives and may only be proclaimed after ratification by the Parliament. Since the authorization of an administrative order through an emergency decree is more restrictive than through law, in cases of an emergency, (such as the SARS in 2003, the flood in August 8, 2009 and the earthquakes in 2016 and 2018), no emergency decree has been issued. Such emergencies are tackled by way of legislation and administrative orders.

Taiwan’s current emergency management of COVID-19 is based on the democratic process of the legislature and adopts proactive prevention strategies and measures. This can be explained in terms of organization and function.

Regarding the organization, on January 20, 2020, the Ministry of Health and Welfare (MOHW), in accordance with Article 17 (1) of the CDC Act, upon reporting to the Government for approval, established the “Central Epidemics Command Center” (CECC) to fight COVID-19. The CECC was positioned at the third level within the hierarchy of the central government.

On January 23, 2020, after the confirmation of the first case of COVID-19 in Taiwan on January 21, 2020, the CECC was upgraded from level 3 to level 2 in the central government. The Minister of MOHW, Dr. Shih-Chung Chen, was designated by the Premier as the commander in this COVID-19 battle.

On February 27, 2020, due to the increasing number of confirmed cases, the Premier decided to upgrade the CECC to the first level within the central establishment. This means the authority of the prevention against COVID-19 is the Premier, while Dr. Shih-Chung Chen continued to serve as the commander.

As for the functional aspect of the emergency response, since December 31, 2019 Taiwan has carried out boarding, quarantine and other related preventive measures to protect against potentially infected flight passengers and crew departing from Wuhan. On January 15, 2020, the MOHW announced that “Severe Special Infectious Pneumonia” will be included in the fifth category of statutory contagious diseases in accordance with Article 3 (1) of the CDC Act.

On this basis, the anti-epidemic measures were adopted by CECC. Some of the most important measures concerning the deprivation and restrictions of physical freedom of a person, freedom of movement, and property rights are outlined as follows.

Impact Assessment of the Measures Undertaken from the Perspective of Constitutionalism

To date, Taiwan’s government has not issued an emergency decree while deploying Taiwan’s legal measures against COVID-19, but instead responded to the outbreak through the general legislative process. During this period, no state organs have been shut down. The Congress and courts have remained well-functioning under this democratic legal system despite the health crisis. For example, the Constitutional Court still heard oral arguments in court on March 31, 2020. Online meetings will only be considered when necessary. In particular, it is worth noting that most measures are temporary; there is a sunset clause embedded in the COVID-19 Special Act.

Regarding the deprivation or restriction of people’s rights, measures that may impact fundamental rights such as freedom of movement, property rights, personal freedom, and privacy should be highly scrutinized under this emergency situation. Nevertheless, due to the early deployment of resources and rapid containment of the epidemic, compared to other countries, there are currently no large-scale store closure measures, travel restrictions, or physical contact bans initiated. Nor does Taiwan have curfews, stay-at-home orders or shutdown-of-the-city orders that undermines normal basic living functions. The agile responses and advanced deployment, as well as the precautionary approach, have been fully implemented. Furthermore, the precautionary and preventive measures are appropriately enforced so that the width and intensity of interference of fundamental rights are minimized. As of writing after confirmation of the first case of COVID-19 on January 21, 2020, of 420 confirmed cases in Taiwan, 341 are imported and 55 are indigenous while 24 are Navy members on the fleet. Of the confirmed cases, there have been 6 deaths, and 189 patients have been released from isolation, with the remainder remaining hospitalized in isolation.

As such, Taiwan has complied with the principle of proportionality while executing regulatory measures against the epidemic. If the COVID-19 Special Act itself is unconstitutional, a lawsuit may be filed with the Constitutional Court of Taiwan. For the various restrictive measures imposed by CECC, a lawsuit may be filed to seek relief through the Administrative courts. Additionally, a temporary remedy system, such as a suspension of execution or provisional injunction, may be deposed. But so far, there are no cases being sought against such precautionary measures.

However, in the long run, protection of privacy over personal information is a worrisome issue. This issue is particularly prominent at this moment, given that epidemic prevention and control require information on the “tourism history” and “action footprints”. Moreover, some travel histories or action footprints of confirmed cases were disclosed. Furthermore, the application of digital technology as pandemic prevention tools should especially be highlighted. We need to be cautioned that whether the various information search mechanisms that are employed to control COVID-19 information, such as using cell-phone signal as electronic fence to monitor at-home isolation cases, excessively violate the people’s right to information privacy. Will the personal information linked or integrated by the government be terminated after the epidemic has ended? While feeling proud for Taiwan’s success in preventing epidemics, we must also contemplate these legal issues. 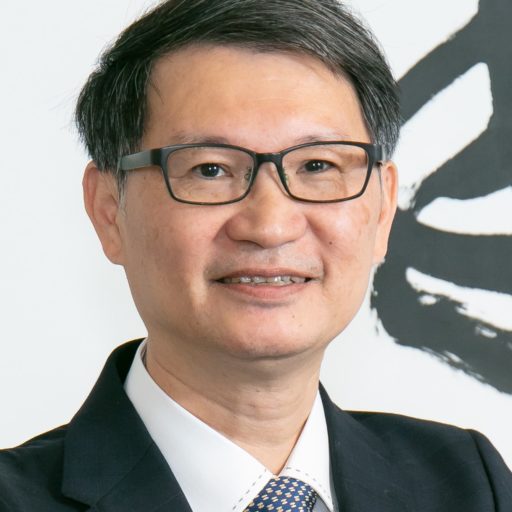