The controversial debate about Eleanor Sharpston’s (terminated) position as Advocate General (AG) has raised a lot of questions: political as well as legal, and on procedural law as well as on substantive law. Many of the legal questions have not been decided by the Courts, the law is ambiguous, and the circumstances with one Member leaving the European Union are unprecedented. And yet, the Court of Justice (ECJ) in its most recent orders treated those questions as if the answers were straightforward and clear-cut. In doing so, the Court seems to have ignored the complexity of the legal questions and thereby undercut the effectiveness of the proceedings for interim measures.

In the case of Eleanor Sharpston and her position as AG, five questions ought to be separated:

On the one hand, the wording of Art. 19 TEU supports the view of Mrs. Sharpston: concerning the judges it reads “The Court of Justice shall consist of one judge from each Member State”, whereas concerning the AGs, there is no direct link between a certain Member State and a certain AG. This suggests that Mrs. Sharpston’s term did not end with Brexit, because she is not the “British” AG, but only “one of the AGs”.

On the other hand, there is Declaration No. 38 on Art. 252 TFEU: “[…] the Conference agrees that Poland will, as is already the case for [certain other Member States] have a permanent Advocate-General […]”. This may, as part of the historical interpretation, alter the prima facie interpretation derived from the wording. But it could also be seen only as notation of a political practise without any legal effect.

I will not answer the question here which of these views is preferable.

2. Did it end with the appointment of Mr. Rantos?

But, if one assumes that Mrs. Sharpston’s office did not end with Brexit automatically, I do not see why the appointment of Mr. Rantos should have had an effect on this. If an office does not end by deadline, death or resignation, there has to be an act of dismissal as actus contrarius to the appointment (Art. 5 – 6 ECJ Statute). As far as I know, the Member States did only appoint Mr. Rantos but did never explicitly dismiss Mrs. Sharpston. Under the assumption that Mrs. Sharpston’s office did end automatically with Brexit, this is completely logical. If one assumes the opposite, this means that Mrs. Sharpston is still in office. So, in this case, currently there are 12 AGs. Of course, this is not in line with the provisions of the treaties. But one has to separate strictly between the appointment of one public official and the dismissal of another. It may be that someone else (e.g. the Commission) can take legal action against the appointment of too many AGs by the Member States, because the financial interests of the Union are violated. Such action, however, would not touch upon the status of the other AGs already in office.

Admittedly, there is one other possible interpretation of the manoeuvre of the Representatives of the Governments of the Member States (“Representatives”): That they did appoint Mr. Rantos and – implicitly – dismissed Mrs. Sharpston uno actu.

Under the assumption that Mrs. Sharpston’s office did end automatically with Brexit, this second, implicit decision is pointless and redundant, but not illegal. If one assumes the opposite, the implicit dismissal is illegal because Art. 6 and 8 ECJ Statute state that an AG may be deprived of his/her office “only” by “unanimous opinion of the Judges and Advocates General”. To the consequences of this scenario, see below.

But this alternative interpretation is not convincing: The wording “[Mr. Rantos] was appointed […] following the withdrawal of the United Kingdom from the EU” indicates that the Representatives did assume that Mrs. Sharpston’s office had already ended and did not intend to dismiss her.

3. Can Mrs. Sharpston appeal the appointment of Mr. Rantos at the unional Courts?

In the last case, the dispute between the General Court and the ECJ regarding the reviewability of acts of the Representatives appears to be as open-ended as the above-discussed question (1). There are good arguments for both views (for example the wording of Art. 263 and 253 TFEU vs. the general principles of judicial independence and of effective legal protection) and the question should be thought through thoroughly.

4. Are there other ways to review the appointment of Mr. Rantos?

However, I absolutely cannot consent to the assumption that the Representatives were “beyond the ability of judicial review of the Court”. It may be that their acts cannot be challenged with an action pursuant to Art. 263 TFEU because they were not issued by a unional institution, body, office, or agency. But in this case, the said conference logically can be nothing other than an institution of the Member States, so its acts can be nothing other than acts of the Member States – and therefore be subject to the infringement procedure (which, of course, the Commission will only win if the appointment was in fact illegal). Furthermore, the Union may be able to claim compensation from the Member States (if the scenario with the 12 AGs is correct).

Correspondingly, if Mrs. Sharpston cannot appeal the acts of the Representatives at the unional Courts because of the non-unional character of this conference, it must logically have been possible for her to file suits against the conduct of every single representative before the courts of the respective Member State. Because if the conference’s acts are part not of unional law but of the law of the Member States, the Foto Frost–doctrine is not applicable so the courts of the Member States are not hindered to set aside such an act. On the contrary, these courts would have been obliged to provide effective legal protection in the field of the unional law (cf. Art. 19 TEU), which includes interim measures (cf. Factortame I). If only one of these courts had quashed the consent of the representative of the respective Member State, there would have been no “common accord” in the sense of Art. 253 TFEU. Once again: All of this is only true, if one is of the opinion that the acts of the Representatives cannot be contested at the unional Courts. And, by the way, just the fact that in this case every court of every Member State could obstruct the appointment of Judges and AGs, is a very strong argument against this opinion.

5. Which standard shall the ECJ apply when it decides on interim measures?

Lastly, an underlying question in the discussion is which standard the Court shall apply deciding on interim measures. Generally speaking, the requirements for interim measure orders according to Art. 278, 279 TFEU are (cf. here, pp.113 – 155): the order has to be necessary (this means the prospect of success in the main proceedings), the matter has to be urgent (this means a risk of irreversible harm), and the ordering Court has to make a balancing of interests.

Although it appears to be uncontroversial how the Court has to decide if the outcome of the main proceeding is already obvious, the crucial question is: Which threshold has to be applied if the outcome of the main proceeding is uncertain (due to procedural or substantive issues)? In this regard, the judicature of the Court is very unstable and unpredictable. The formulations specifying the order’s necessity range from “at first sight the original case appears manifestly well founded” to “appear, on first examination, not to be manifestly without foundation”. In the present case, Vice-President Silva de Lapuerta did use the formulation “if it is established that such an order is justified, prima facie, in fact and in law”.

Of course, there may be justifications for varying standards (for example a distinction between constitutional and administrative cases). But firstly, the Court should explain in which case it uses which standard and why; otherwise the outcome of such proceedings is nothing but a gamble. And secondly, in all cases – and especially if an individual is the applicant – the overarching guideline must be the general principle that judicial protection has to be not only hypothetical but effective (cf. Art. 47 CFR). From this follows that the Court must issue an interim measure-order in favour of the applicant if the outcome of the main proceeding is uncertain, and the matter is urgent, and the interests of the applicant outweigh that of the other side. This third step requires a weighing of consequences.

To me, the weighing of consequences seems not to result in a clear outcome. So in the end, the orders of the ECJ appear to be readily justifiable (although not compelling); but the reasons given by the Court cannot convince.

In a nutshell: It’s complicated. Either Mrs. Sharpston’s office did end automatically with Brexit or she is still in office. The third scenario (that she was dismissed implicitly) is not a convincing interpretation of the Representatives’ act.

However, the answers to these two questions are irrelevant due to the present context of interim relief. If the ECJ’s recent order is to criticise, then not because it gives the wrong answers to the questions whether Mrs. Sharpston is still in office and whether the Representatives’ acts are subject to review by the unional Courts. The answers to these questions are indeed not evident, and therefore irrelevant as regards an interim measure. But the order of the ECJ can be criticised for treating these questions as if the answers were obvious. I admit that I may have overlooked some important legal or factual pieces and ask the readers honestly to rectify me if I am wrong. Nonetheless, orders granting interim relief are the keystone of a well-developed legal order under the auspices of the rule of law. The ECJ should pay attention not to overstretch the requirements for an interim measure. Otherwise, a crucial element in securing the very essence of the unional law would lack effet utile. 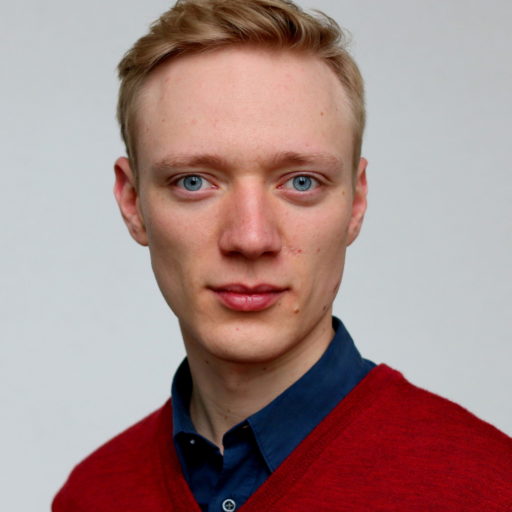 Tobias Crone Tobias Crone is a Research Assistant at the Chair of Public International Law (Prof. Dr. Silja Vöneky) at the University of Freiburg.