The ABC of the OPT: The Broken Promise of Belligerent Occupation Law

The ABC of the OPT, the award-winning new publication by three outstanding Israeli scholars and jurists – Orna Ben-Naftali, Michael Sfard and Hedi Viterbo –demonstrates, in a masterly fashion, the use and abuse of the laws of belligerent occupation as a masquerade for raw power and as a tool for oppression. The authors illustrate, using the format of a legal lexicon dedicated to specific legal terms and rhetorical devices (or newspeak), how the distorted application of the laws of belligerent occupation by Israeli lawyers and judges has conferred an aura of decency and legitimacy upon the long and open-ended occupation of the West Bank. This approach draws its intellectual roots from classic insights of critical legal studies – e.g., that law is chronically malleable to abuse and that law constitutes politics through other means.

This critical approach is particularly suitable for application to the Israeli occupation of the West Bank and Gaza, which featured a very high degree of legalism and where the true political implications and motivations behind measures taken were hidden from the international community (vis-à-vis which a façade of ‘disputed territories’ had been employed in lieu of outright annexation) and large segments of the Israeli public (which regarded the oppression and dispossession in the Occupied Territories as practically reversible and morally negligible in view of the value attached to the ‘bigger picture’ of regional peace and security). The book’s exposure of the resort to belligerent occupation law as a disguise for policies that undercut its underlying principles is a cautionary tale about the limits of international law in constraining power, and about its restricted ability to shape and direct the exercise of public authority.

The belligerent occupations of the 20th and 21st century appear to follow a very different logic. They are long-term or open-ended (Palestine), aimed at radically transforming the political situation in the territory in question – often intended to facilitate a regime change (Germany, Japan, Iraq), unlawful annexation (Crimea, Western Sahara) or secession (Georgia, Northern Cyprus). Situations of belligerent occupation also feature, at times, high levels of violence (Iraq, Palestine), which obfuscate the distinction between the conduct and closure of active hostilities on which many norms of the laws of belligerent occupation are premised.

What is exceptional about the Israeli occupation of the West Bank is that unlike other modern occupiers, Israel attempted to pursue policies which run contrary to the basic tenets of the laws of belligerent occupation while resorting to extensive interpretation and application of these very same laws. It is interesting to note that Israel itself avoided the formal application of the laws of belligerent occupation over territories where it could muster domestic support for annexation (East Jerusalem, Golan Heights), or where it was able to establish on the ground looser modalities of control than those found in the areas of the West Bank it actively administers (post-2005 Gaza, South Lebanon, and Area A of the West Bank – whose day to day administration is performed by the Palestinian Authority). It is only with respect to Areas B and C of the West Bank, where day-to-day military control is intensive, but whose annexation would generate considerable domestic and international opposition, that Israel now resorts to the laws of belligerent occupation as a normative point of departure for its policies.

The book also discusses in detail the involvement of judges and lawyers in facilitating the distortion of the laws of belligerent occupation through elastic interpretation of its key terms (e.g., assigned residence), ignoring the plain language of the law (such as in the case of the blanket ban on deportations found in article 49 of the Fourth Geneva Convention) and invoking impressible restrictions on the scope of protected rights (such as in the case of invoking deterrence as the basis for house demolitions, notwithstanding the language of article 53 of the Fourth Geneva Convention). There is no doubt in my eyes that this is indeed the case, and that the legal machinery of the Israeli occupation is based on a systematic misconstruction of the laws of belligerent occupation, which run contrary to some of its key principles (e.g., temporariness, status quo, prioritization of rights of protected persons etc.).

Still, it would be a mistake to ignore the power-limiting implications of the introduction of a bureaucratic framework through which international law is applied. This allows individuals, in some cases, to navigate the system in ways that protect their rights and interests (e.g., regaining seized land or obtaining compensation for harm unlawfully inflicted) and does complicate and raise the costs associated with taking certain government measures. By operating as a side constraint on power, the laws of belligerent occupation did lead in certain cases to important changes in policy. For example, following the Supreme Court’s Ajuri judgment, which tied the policy of ‘assigned residence’ to individual culpability of deported/assigned family members of suspected terrorists, the policy was suspended. International criticism of the legal positions taken by Israeli officials have also led to the abandonment of the policy of deportation of terrorists, and for a short period of time also of house demolitions (at the recommendation of the Israeli military; the policy was reintroduced due to a combination of political pressure to respond resolutely to terror attacks and the Israel Security Agency’s belief in the effectiveness of the policy). Attempts to apply Israeli law directly to the West Bank through legal instruments such as the 2017 Regularisation Law, which clearly violates the provisions of protection of private property in occupied territories, might fail for similar reasons (and indeed, the Attorney General has taken the extraordinary step of supportinng a pending petition against the Kneseet to nullify the law in question).

In fact, it is the restraining power of formal adherence to the rule of law and the ‘enlightened occupation’ myth of the first years of occupation, which resulted in the introduction of judicial review over Israeli Defense Force activities in the occupied territories and in the creation of associated judicial remedies, as well as in certain liberal initiatives such as the suspension of the death penalty in the Occupied Territories. The existence of legal restraints has arguably rendered the occupation less cruel than what it would have been otherwise, and thus more legitimate in the eyes of Israelis and outside observers (at least until the first intifada, which brought about the collapse of the ‘enlightened occupation’ myth); such a perception appears to have contributed to its long duration. In the aftermath of the first intifada, which led to more brutal oppression measures by Israel, the occupation was transformed into a complicated system of direct and indirect rule, involving Israel, the Palestinian Authority and the siege around Gaza.

Finally, the book seems to downplay the fact that Israeli politicians, lawyers and judges have not adopted a uniform approach towards the laws of belligerent occupation. To the contrary, the laws of belligerent occupation remain a battleground for pursuing competing legal and political conceptions. For example, one can find important judicial decisions that rejected governmental policies which were based on controversial readings of the laws of belligerent occupation (e.g., the Elon Moreh judgment, removing settlements built on private land, the 443 judgment, that required opening a main road to Palestinian traffic, and the human shields judgment that outlawed the practice of using local civilians in arrest operations). At the same time, some judicial decisions fully endorsed other governmental policies based on equally controversial legal constructions (e.g., judgments on the legality of deportations and house demolitions), or failed to challenge them (e.g., by holding that the policy of constructing settlement non-justiciable). While all Israeli judges put their country’s interest first, there is a real debate what that interest is, and how much weight traditional understanding of the laws of belligerent occupation should be afforded in limiting policy choices.

Still, the tide appears to be turning. More extreme Israeli politicians push for annexationist policies and advocate increased cruelty vis-à-vis Palestinian terrorists and their relatives (removing prisoner benefits, reconsidering the ban on the death penalties, calling for resumption of deportations/assigning residence of family members of suspected terrorists) – as part of a more general populist turn in Israeli politics. Such initiatives are met nowadays with a hesitant reaction from the Israeli judiciary, which has become over time more conservative and more complaisant. Although the Regularization Law may represent ‘one bridge too far’ and will probably be struck down by the Court, similar expropriation policies are already implemented through more subtle measures, which meet little judicial resistance (e.g., declaration of contested land as ‘state land’ on which settlements can be built according to Israeli case law, use of good faith as an excuse against demolition of illegal outposts, referring to settlers into local residents under Hague regulations).

Explore posts related to this:
Israel and occupied territory, Palestine 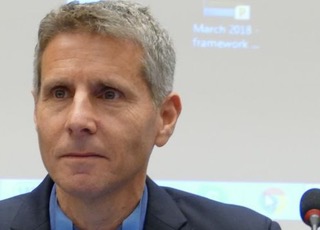 Yuval Shany Yuval Shany is the Hersch Lauterpacht Chair of Public International Law at the Hebrew University of Jerusalem.

Explore posts related to this:
Israel and occupied territory, Palestine