Using GATS to protect academic freedom in the European Union

In October, the Court of Justice of the European Union (CJEU) handed down a landmark judgment dealing with the Central European University (CEU). It found that Hungary had violated the General Agreement on Trade in Services (GATS) by failing to provide national treatment to the CEU. It was obvious that the case, although wrapped in trade law, had absolutely nothing to do with international trade: it was an EU rule of law dispute between the European Commission (Commission) and Hungary. The reason why it was not presented as such was that the EU reckoned that it had no power to address the rule of law issue directly and, hence, had resort to some “legal finesse”. The ruling fits in a relatively sizeable list of cases where the CJEU employed Al Capone tricks to foster rule of law. As is well-known, Al Capone was not convicted for what he should have been but for what he could be (tax fraud). In the same vein, at times, the Commission used the “supportive by-effects” of apparently unconnected EU norms.

However, it remains to be seen if the moral victory can be turned into meaningful practical results. In the last decade, the Commission was “legally” successful in Commission v Hungary, but the judgment was unable to reinstate the dismissed judges into their original positions. The saga of the Hungarian NGO law (Transparency of Associations) shows that outright judicial victory does not imply immediate national implementation: the law quashed in June by the CJEU is still applicable in Hungary, its repeal being currently pending. In the case of the CEU, the damage is irreparable. The university has moved to Vienna and will not return to Hungary.

The CEU judgment both marks a victory in the rule-of-law debate and showcases the limits of Al Capone tricks. The assessment of the ruling hinges on one’s expectations and counter-factual. If compared to the EU’s very weak rule-of-law powers, the CJEU’s ruling is a great success: The Commission, again, won an uphill battle. If compared to the ideal outcome featuring an effective remedy, the ruling is intensely disappointing.

The CEU saga and the EU’s limping rule of law

The CEU is a postgraduate higher education institution registered in the US and located in Hungary. The University had no operations in the US but the programs it offered in Hungary were accredited in the state of New York. The CEU had been complying with the requirements of Hungarian higher education law for nearly three decades. However, in 2017, the Hungarian parliament amended the law to require foreign non-European universities to operate on the basis of an intergovernmental agreement and to have a campus in the country of registration. These requirements went into effect with remarkable pace and the CEU felt compelled to move to Austria.

The amending law featured a blatant disrespect for academic freedom and legitimate expectations and raised serious concerns under the EU Charter of Fundamental Rights. Nonetheless, the Charter does not apply to Member States acting in purely domestic matters: it applies to EU institutions and Member States acting as the EU’s “agents”, but does not have genuine diagonal application.

The EU has developed various techniques to overcome the problems that emerge from the virtual lack of diagonal enforcement powers. Besides conceiving the scope of EU law widely to extend the horizontal application of EU rule of law, the Commission has employed creative “Al Capone tricks.” For instance, in Commission v Hungary, discrimination based on age was used to protect the independence of the judiciary. The predicament of the CEU inspired another such trick. Under GATS and the EU’s Schedule of Specific Commitments, US entities had the right to market access and national treatment in the higher education service sector. The amendment to the higher education law could be judged under these requirements, as here economic and academic freedom overlapped.

The application of the GATS raised a dilemma. On the one hand, GATS offered a neat legal basis to protect the Central European University. On the other hand, WTO law’s direct effect has been consistently rejected by the CJEU and there was not even the slightest intention to change this. WTO law has no direct effect in any of the major trading nations and overruling this case-law was out of the question: this would have had devastating economic consequences for the EU and seriously handicapped its bargaining position in international trade disputes.

The CJEU has had a somewhat unsteady relationship with the application of WTO law in the EU’s legal order. The CJEU, with some very narrow exceptions, has consistently rejected WTO law as a valid legal basis for invalidation of EU measures and actions for damages against the EU. The narrow exceptions have been interpretative use and measures incorporating WTO law. The Court’s reasons have been very pragmatic: WTO law leaves ample room for political action and none of the EU’s major trading partners grant WTO law direct effect; hence, the EU’s unilateral opening of its legal space would result in a serious competitive disadvantage.

The CJEU’s intellectual challenge was to establish an EU competence without exposing the EU and its Member States to WTO-law-based claims, in particular claims for damages.

The CJEU’s ruling in CEU: how can you have your cake and eat it too?

The Court had addressed the question if, in the European legal sphere, the legality of the EU’s actions could be judged on the basis WTO law, but the CJEU had never really been confronted with a case where the Commission attempted to force a Member State’s compliance via an infringement procedure.

The key to the solution was that the CJEU did not conceive WTO law’s applicability as an “all or nothing” question. WTO law’s application to the EU, as the master of European commercial policy, on the one hand, and the Commission’s endeavor to make Member States comply with it, on the other, are two different issues. While the first impairs the EU’s bargaining position and exposes it to gargantuan claims for damages, the latter actually strengthens it. Commercial policy is an exclusive EU competence, and the EU can be held accountable not merely for its own infractions, but also for those of the Member States. Hence, it should have the power to compel Member States to comply with these international obligations. Furthermore, WTO law may be applicable without having direct effect: The Commission may launch an infringement procedure even in cases where the legal instrument cannot be invoked before Member State courts.

Using the above distinction, the CJEU held that the Commission could validly rely on the provisions of the GATS in CEU to ensure that the EU would not incur any international liability in a situation where there is a risk of a dispute being brought before the WTO and found that Hungary had breached these provisions.

The CJEU overcame the intellectual challenge presented by CEU very smartly. The solution adopted (“confined invokability”) ensured that the EU can have its cake and eat it too. WTO law may be relied on by the Commission to compel a Member State’s compliance via an infringement procedure. On the other hand, WTO law cannot be invoked against EU institutions and still lacks direct effect. It also cannot be invoked before Member State courts and actions for damages (against either the EU or the Member States) are still not admissible. The application of WTO law is limited to infringement procedures launched by the Commission. This internal enforcement power is justified by the EU’s external liability: International commerce is an exclusive EU competence and, hence, the EU can be held to account even for the infringements of the Member States. The external power should have its mirror-image in the internal legal sphere. Nonetheless, as a corollary of this rationale, standing is strictly limited to the Commission and claims for damages are admissible neither against the EU nor the Member States. This was the compromise that reconciled the EU’s commercial policy interests and academic freedom.

The Court’s ruling in CEU made two important contributions to the case-law. First, although initially it may have appeared to be a long shot, WTO law could be used effectively to protect fundamental liberties. Second, the Court established the Commission’s power to compel Member States’ compliance with WTO law. Nonetheless, actions against the EU still appear to be inadmissible, the same as actions against Member States if not launched by the Commission.

Victory in court and victory in real life

Unfortunately, the last decade has shown that a victory in the courtroom does not necessarily imply victory in real life. The Commission was successful in Commission v Hungary, but the judgment was unable to reinstate the dismissed judges into their original positions. The saga of the Hungarian NGO law (Transparency of Associations) shows that outright judicial victory does not imply immediate national implementation: the law quashed in June by the CJEU is still applicable in Hungary, its repeal being currently pending. Furthermore, never-ending stories may emerge: as in case of the dispute concerning Hungary’s asylum system, the rules quashed by the Court may be replaced with a regime raising other concerns under EU law.

The judgment marks a significant victory in the rule-of-law debate, however, it also showcases the limits of Al Capone tricks. Notwithstanding the victory before the Court, the CEU had to move most of its operations to Austria, incurring massive expenses. Given the CJEU’s distinction between WTO law’s direct effect and the Commission’s power to compel Member States’ compliance, the CEU’s chances to get a recovery are minimal. Opening the door to actions for damages would very much impair the interests of the EU’s commercial policy. At the same time, the lack of retrospective remedy opens the floor to repetitious “hit-and-run” violations: novel requirements and new hurdles replacing the one’s condemned. 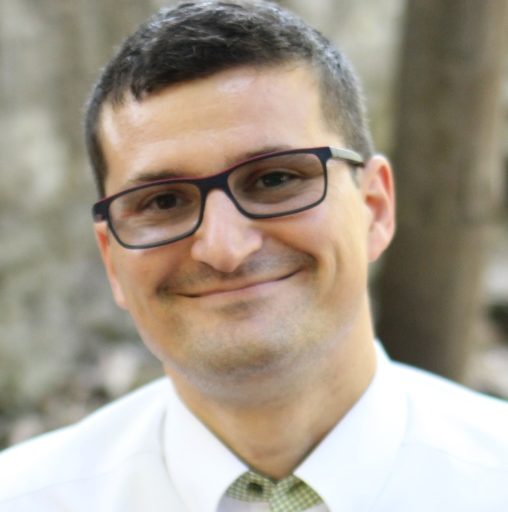