The Conservatives’ 2015 Fiscal Charter: A Wanting Desire for Constitutional Change

Lasting constitutional change—if there is such a thing in the UK—is difficult to achieve. Developments such as affiliating to the European Communities, passing the HRA, and implementing devolution were successfully brought about because debate over such proposals had ensued for decades, and there appeared to be political and judicial consensus that at least some type of change in these areas was needed. In a seemingly impromptu attempt to enact some type of lasting constitutional change, the Conservatives have championed changes to their ‘Charter for Budget Responsibility’ (as established by the Budget Responsibility and National Audit Act 2011), which now stipulates that no government can spend more than it brings in from revenues ‘in normal times’. In what constituted an embarrassing episode for Jeremy Corbyn’s New Labour, the House of Commons approved the changes, with 21 Labour members defying the Whip. But while political bantering around U-turns are apt for newspaper headlines and tweets, the Charter points to far more significant implications. Many see it as an economic ‘mistake’ or even impossible. While the size of the welfare state and the balancing of budgets are long debated issues, the implementation of a mandatory fiscal surplus in just a few years’ time does not appear to be the wisest way to go about reaching any type of consensus on the matter.

Before expanding on the constitutional implications, let’s look at the document more closely. A key aspect of the charter is the phrasing that it only applies in ‘normal times’ (Section 3.2), and it does not take a savvy judge to determine that this clause could be interpreted widely. Even if this is supposed to mean nothing more than ‘when the economy is growing’, it raises more doubts than it settles. Could ‘normal times’ also apply during times of war (probably not, but what about a perpetual war: e.g., ‘the war on terror’), during a pandemic (or frights from diseases, e.g. Ebola, H1N1, etc.), or during times of increasing or high crime (or during a moral panic over certain types of crime)? The possibilities are endless for this vaguely worded clause, which lessons its definition and purpose and, therefore, its enforcement scope.

A significant misconception has also arisen around the charter. Various media reports have noted that the charter is ‘legally-binding’ and can ‘legally force’ future governments to abide by its terms. On the day it passed, George Osborne himself talked about ‘lock[ing] it in’ and ‘committing us to running a surplus’. On closer inspection there appears to be little grounds on which the charter could be considered legally binding. Barring the vagueness of the ‘normal times’ language, the charter was passed by a resolution of the House of Commons. These resolutions – unlike budget resolutions – are not immediately legally binding. The primary body overseeing enforcement of the Charter is the Office for Budget Responsibility (‘OBR’), which is responsible for holding the Government accountable for the targets set. However this body does not possess coercive statutory powers, but merely advises the Treasury. Hence the Charter is ultimately self-enforced by the Government of the day (by the Treasury, via the OBR). It is an internal fiscal policy, not mandatory law. But, what happens when the end of the current Parliament arrives and a budget deficit still looms? In order to stay ‘true to their word’ (something especially important in an election year) the Government may start slashing programs even quicker than before. Many of these cuts, eventually, could be challenged in the courts. For example, the legal aid cuts were challenged, but upheld by a high court in February. The court ruled that the cuts were proportionate for legal aid to be provided at reduced fees. But, what would some of the rationales be if cuts came about because of the fiscal Charter? Could the courts uphold budget cuts simply because the government was running a deficit; or because the ‘will’ or ‘sentiments’ of Parliament (through the resolution) expressed a desire to have a more balanced budget? Although this seems highly unlikely, it is not out of the question.

While the Charter may not be the legally binding instrument the media and others have made it out to be, it still could yield significant constitutional implications. Customs and conventions in the UK constitution are rampant, and through the fiscal Charter the Conservatives’ intention is that of committing the current and future Governments into running a permanent budget surplus. In our view this is a sinister attempt to bind future governments as regards fiscal policy (additionally, we also believe that it violates some significant political elements of parliamentary sovereignty in relation to how the power of the Queen-in-Parliament is being constricted, although that will not be explored further in this piece). Nevertheless, embedding a particular economic approach to fiscal policy via the Charter politically pre-empts future governments’ initiatives vis-à-vis their own fiscal policies, making it look as if they will be departing from a ‘standard’—for which they will have to seek the House of Commons’ approval—rather than legitimately setting their own fiscal objectives and policies (as has previously been the case). Although the Charter might not be legally binding, it certainly infringes on the right of initiative for new governments planning to employ alternative economic doctrines, by making it more constitutionally conspicuous to do so. Further, the Charter may indeed be a prelude to something more lasting (perhaps even something of statutory value), the prospect of which makes its presence even more unwelcome.

Oscar Wilde once proclaimed that ‘consistency is the last refuge of the unimaginative’. There was a time in the very recent past when Conservatives valued the sovereignty of elected governments to set their own fiscal policy. In fact this very issue arose in late 2011/early 2012 when the Coalition Government had the opportunity to sign the EU Fiscal Compact, which mandates that a ‘balanced budget rule’ be incorporated into member state legal systems. At the time twenty-five of the current twenty-seven member countries signed the treaty (subsequently the Czech Republic, one of the two lone holdouts, has made moves towards implementing it). Yet Mr Cameron employed a rarely used veto in December 2011 to block changes that would have implemented the treaty, setting off a firestorm of debate, and which led to Britain’s refusal to sign the treaty in March 2012. Now, however, Mr Cameron’s current Government appears to be basking in the advice of Mr Wilde, given they are, ironically, attempting to bind future governments to such a mandate through the Fiscal Charter. Ultimately, such inconsistencies further muddle the significance of the Charter, exposing it as a wanting—and not legally or politically binding—attempt at constitutional change. 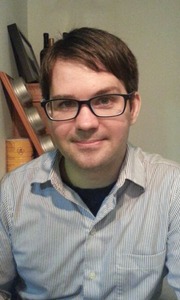