The Constitution of What?

The Struggles of the Chilean Constituent Process

On 4 September, the Chilean people will vote on whether a draft constitution, the result of the work of a Constitutional Convention, will replace the current constitution, which dates back to Pinochet’s dictatorship. Chile’s constituent process, one might think, will thus soon be over. But will it?

The draft constitution is best understood as an exercise of social self-constitution, updating the formal conditions under which the particular identities within Chile understand their coexistence. In that dimension, it’s a commendable social project. Its feasibility, however, seems to depend on accommodating social pluralism with the opposed logic of the realm of politics and its permanent dynamic of generating a unity that speaks with one voice.

As has often been mentioned, the Chilean Constituent Convention was designed to be a broad representation of the Chilean people. The constituents were elected according to rules of strict parity, came from different parts of the country and – importantly – only a minority of them were politicians and legal scholars or professionals. Many of them were social activists. The underlying assumption was, most likely, that these diverse individuals and groups would come together, and, by overcoming their differences, would express a common consensus. La casa de todos – as a widely circulated metaphor went, a house big enough to fit everyone – would be built based on differences.

The political unity of the Chilean people in the course of the constituent process was thus conceived not as given, but as an objective of the process, to be expressed and formalized in the text of the new constitution. It was not imaged, so to speak, as a Schmittian unity, one that to some extent exists prior to the constitution, but a Rousseauan one: the volonté générale would be the result of a process of finding what is common among different particular identities. In other words, it was the political conditions of its creation that would render the proposed text an expression of the Chilean people and thus as truly democratic. So conceived, the constitution would, at any given time, symbolize the fundamental agreement achieved during the constituent process: “We the people do ordain and establish this constitution”.

As the process moved along though, it became clear that the unity the process sought to express and formalize was, in fact, much harder to fathom than expected. Polls soon showed that a majority of Chileans, even if overwhelmingly in favour of a new constitution, were critical of how the Convention performed its task. And to this day, according to polls, Chileans appear as deeply divided on the draft constitution, with the option to reject the proposed constitution consistently leading by a relevant margin.

One of the most notable things about the Chilean process is that the act of self-constitution was, to a large extent, conceived in anti-political terms, in what has been described as its “civic ownership” (apropiación ciudadana). The rejection of political elites that had run the country for the last decades and that stood symbolically for Pinochet’s constitution translated into a rejection of political parties and possibly of politics altogether. It’s probably not a coincidence that almost one third of the members of the Convention were independent.

And it’s this particularity of the process that might explain why the draft hasn’t achieved a formula general enough to gain the support of a solid majority of Chileans. The entire process might, in fact, be best understood as an exercise of self-constitution – not of a political community, but of a plural society.

This is, in fact, how the draft constitution reads, at least to a large extent. It contains a generous catalogue of constitutional rights (Arts. 21 – 113, plus many other provisions scattered around), encompassing both classic and innovative ones. For instance: Art. 59 establishes a right to a minimum of electrical power, as necessary for life (“mínimo vital de energía”), Art. 60 enshrines a right to sport and physical activity (“deporte y actividad física”) and Art. 91 contains a right to leisure, rest, and enjoyment of free time (“derecho al ocio, al descanso, y a disfrutar el tiempo libre”).

It’s particularly telling that Art. 53 contains a right to a safe environment, in the sense of freedom from violence (“derecho a vivir en entornos seguros y libres de violencia”). Security, a concern very much at the heart of the modern state from its very beginning, appears in the shape of a right and is thus structurally conceived as an individual claim towards a state. That state, on the other hand, appears on the receiving end of these spheres of equal autonomy society decided to give itself; its function is fundamentally limited to reacting to and guaranteeing them.

Of course, this particular conception of the relationship between individuals and political community which the state symbolizes is nothing else than the natural consequence of how the process began – in a social uprising. It resulted in a particular physiognomy of the Constitutional Convention, much more expressive of the complex Chilean social fabric, composed of different individual or collective identities, than anything that might deserve the name of a political unity. In fact, it was observed from the beginning that it was mainly the issue of social and economic rights, and not the political system altogether, which stood at the heart of Chile’s constitutional process.

As relevant as the social and economic conditions are – an issue very much central to the draft –, a modern constitution needs to accommodate social pluralism with the rather monolithic power structure of the state. Both spheres, the pluralistic realm of immanent particular identities and the uniform dimension of a common identity that transcends them, are essential to the constitutional project. After all, a constitution is, in itself, the expression of a decision attributed to the political community as a whole, and thus embodies the idea of unity underlying the realm of politics. The constitution cannot consider itself the expression of a unified political community, rather establishing static spheres of equal autonomy among community members without shaking its own foundation. It’s that very unity, projected onto the future, that needs to become a collective experience, a shared realm, just as much as the sphere of fundamental rights should attend to particular identities and allow the expression of difference and the institution of compensatory measures.

Come out and play

The ability of the process to transition from a sum of particular identities to a community, a dialogue not expressing differences but trying to overcome them, seems critical with regards to the referendum to be held on 4 September. As of now, this referendum is unlikely to mark the end of the Chilean constituent process. Whatever option prevails, it appears as if the constitutional problem will dominate Chilean politics for the foreseeable future. If the draft is rejected, a discussion on how to modify or “update” the current constitution will surely begin. In fact, one of the main campaign slogans for the “reject”-option is “rechazar para reformar”, “reject to amend”, and entails the promise that the constituent process will continue after the referendum, with the aim of producing a renewed draft. The supporters of the “approve” option, on the other hand, have also begun using the amendment argument, claiming that approving the draft constitution provides a better foundation for the further development of the constituent process than rejecting it. A coalition of different political forces recently presented an agreement to amend particularly controversial issues contained in the draft, which would be executed after the draft were approved on 4 September. To some, however, the agreement expresses nothing else than the wish of political elites to hijack the process.

Whatever the outcome, then, the critical endeavour seems to be to find a way to articulate and aggregate individual and collective identities, taking away the “the pluses and minuses that cancel one another” in a process that resembles what is usually understood as politics. The maintenance of valuable aspects contained in the draft seems to depend on giving them up as already conquered spaces of retreat: if everyone holds trumps, there is no game left to play. 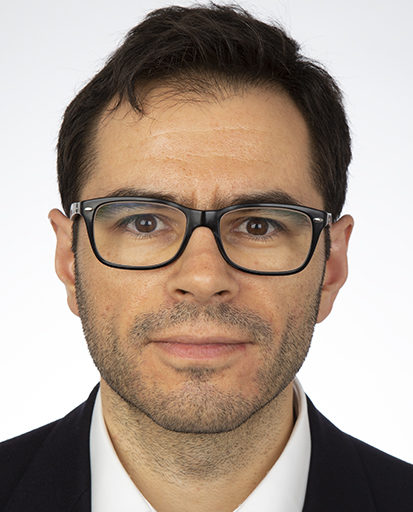