In the present constitutional crisis, my position is that we have to criticise the changes made by the ruling party to the Constitutional Tribunal but not because they undermine rule of law in Poland and are radical. In my opinion the changes are not radical at all. We do not see changes in the “grammar” of law but we observe changes of elites with preservation of the same institutional setting. Only the aesthetic dimension of exercise of power by the government has changed. The rhetoric indeed has rapidly changed but all mechanisms remain the same.  In such a situation, the “self-defence” of the institutions including constitutional tribunal in Poland is a part of the political spectacle, part of the drama by which mobilised citizens are manipulated for political gain.

Part of this spectacle is the unprecedented mobilisation and unification of legal profession in Poland. The majority of lawyers plus liberal political elites claim that the Constitutional Tribunal has been captured or hijacked. In principle, I can agree with such a claim. Indeed, the present ruling party, creatively interpreting law and sometimes bending it, introduced to the Constitutional Tribunal judges who represent a legal worldview close to that of the ruling party. In short, this legal world view is based on principle of supremacy of the Parliament in relation to constitutional review and acceptance of a rule of judicial restraint not judicial activism which was earlier the norm.

What interests me are situation of social and political conditions for such takeover of the Tribunal.  I do not share the thesis formulated by liberal circles, that ruling party used coercion in relation to the institutions. In the present political discourse in Poland the “coercion thesis” provides legitimacy and justifies the “self-defence” of institutions. If we put such an argument in the democratic context it would mean that any outcome of each democratic change is institutional coercion. A different question remains: whether the ruling party’s proposition are new and valuable?

I would like to bring your attention to the fact that the present constitutional changes were prepared by the former Constitutional Tribunal itself. Using a metaphor, the situation remains as if a driver parks a car in a suburb with a high level of crime, leaving the keys inside, and the car is opened and later the driver expresses surprise that the car has been stolen.

I identify following conditions of takeover of the Constitutional Tribunal:

The answer to this question we can find by looking more closely at the type of legal culture which exists in Poland nowadays.

Recently the Croatian legal scholar A. Uzelac took up the topic and showed that the declarations of death of the socialist law tradition with the dismantling of really–existing socialism were premature. That the post-communist legal culture still exists and is doing rather well. The present legal culture in Central-Eastern Europe can be described as continuation of the socialist law tradition.  The ideological component was not crucial and was just the tip of the iceberg. In everyday legal relations lawyers in central-Eastern Europe used a combination of communism new speak, pre-war legal institutions and local, regional, national legal-political traditions.

Uzelac looked at “law in action” in Central-Eastern Europe and showed that one of the most important elements of post-communist legal culture is a declared legalism understood as sticking to the legal text and at the same time willingness to depart from the text if the political risk of a decision is too high. The effect is undermining of trust to legalism.

The second feature identified by Uzelac is unwillingness of layers to take a final decision. Submission of law to politics and lack of political stability manifesting in circulation of elites, create a situation where, since todays’ decision could be questioned in the future, it is better not to take final decisions. The tactic adopted by lawyers is to hide themselves behind the legal texts which supposedly do not provide any room for discretion. The best situation is if the legal text allows a judge to send the case to another institution.

Another tactic used is extension of the procedure and permanent searching for new evidence.

Another facture is written not oral procedure before the courts and lack of procedural discipline in courts in the sense that sessions are planned chaotically.

The continuation of post-communist legal culture with the regional interpretation of the principle of independence of judiciary is an example of institutions acquiring not only shields but a whole arsenal of weapons to defend themselves. Only that this defence is a defence of the public interest.

Poland celebrated this year the twentieth anniversary of the adoption of the Constitution. The 1997 Constitution belongs to the Polish constitutional republican tradition with focus on restraining of political power not on good governance.

Blokker in his book rightly claims that the effect was a very shallow institutionalisation of the rule of law and the creation of a closed legal system which excluded citizens from constitutional matters. The place of excluded citizens was taken by lawyers. The system based on unity of jurisdiction with sovereignty, territory and population does not provide identity and also does not stimulate the development of regional integration. The state based on legal constitutionalism easily transfers competences but does not play the role of an actor in the process of integration.

I interpret the present constitutional crisis in Poland and some other countries in Central-Eastern Europe as an attempt to take the constitution seriously and return it to the citizens. It is also a mechanism for re-vitalisation of the institution, a mechanism for its defence. 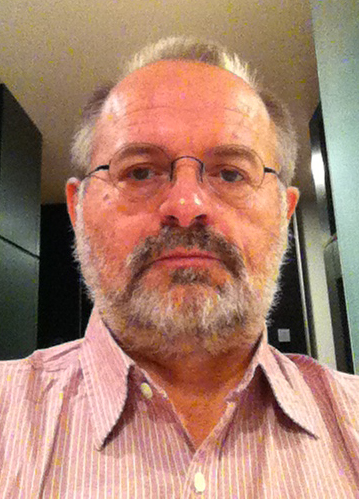