The COVID-19 Crisis in Latvia

A Way Out of Successive States of Emergency?

On 12 March 2020, one day after the World Health Organization declared COVID-19 a global pandemic, the Latvian government announced the first emergency situation in response to the arrival of the virus in Europe. This prompt reaction to curb the spread of COVID-19 yielded much international praise for the government’s effective management of the virus. Due to this success, the government was in the position to end the first emergency situation on 10 June, and Latvia, Lithuania and Estonia formed the ‘Baltic Bubble’ in May which allowed residents of those states to travel freely across Baltic borders. During spring and summer, Latvia boasted one of the lowest rates of COVID-19 infection in all of Europe. However, as the winter flu season approached the second wave of COVID-19 meant that by the end of October, infection rates soared and threatened to overwhelm the health system. Latvia entered its second national emergency situation at the beginning of November to help curb growing infection rates. The emergency situation has been repeatedly renewed since and ended on 7 April 2021. Now the country is being governed by a range of specific COVID-19 laws that limit travel, social interactions and business activities. Prime Minister Karins has said that infection rates remain too high to allow any further easing of restrictions.

The government response to COVID-19 in Latvia can be characterised as one of legal caution. Even though successive states of emergency have been used to manage the crisis, adequate parliamentary and judicial oversight has resulted in broadly proportional handling of the pandemic.

Article 62 of the Latvian Constitution provides that a “state of emergency” can be declared if there is a threat of an “external enemy” or an “internal insurrection” but is silent on instances of epidemiological emergency. As the COVID-19 pandemic falls short of the requirements for a state of emergency under the Constitution, the Latvian government has been relying on the Law on Emergency Situation and State of Exception to help manage the COVID-19 crisis. This legislation allows the government to declare an “emergency situation or state of exception” when the life and health of people becomes endangered. Under this emergency regime, the rights and freedoms of state administration and local government authorities, natural persons and legal persons can be restricted or duties imposed. On 18 April, the Latvian parliament introduced an amendment to this law to allow the emergency situation to be renewed repeatedly, once parliament consents. Previously, the emergency situation could be declared for a maximum of three months, with the possibility of one further three-month extension. As argued by Aleksejs Dimitrovs, this amendment has so far been a positive change as it allows for multiple but shorter extensions of emergency declarations, improving the proportionality of the legal response to the pandemic.

To manage the pandemic after the first national emergency situation ended in June 2020, the parliament introduced the Law on the Management of the Spread of COVID-19 Infection which allows the government to introduce regulations and restrictions such as limitations on gatherings, cultural and religious activities without the need for an emergency situation declaration. In response to rapidly growing rates of infection after the summer, the parliament amended this law three times before the end of the year to allow remote court proceedings, the distribution of personal protective equipment and a system for vaccinations. On 27 October, the Latvian government also revealed its 4-stage strategy to manage the crisis which is based on the European Commission’s gradation scale.

On 6 November 2020, after much debate amongst the Latvian government about whether an emergency situation should be reintroduced, the government declared the second emergency situation of 2020. On 30 December 2020, the Latvian government introduced a night-time curfew effective from 30 December to 4 January 2021 and also from 8 January to 10 January 2021. Overall, this curfew was considered successful in deterring people from having New Year’s Eve and Orthodox Christmas celebrations.

Emergency regimes are designed to overcome a temporary disruption to the status quo by granting additional powers to the executive while restricting some political and human rights. However, if an emergency regime is in place for a prolonged period of time, this can have a negative impact on democracy and the rule of law due to the restriction of rights and the ability of governments to surpass constitutional checks and balances that would ordinarily be in place.

While the Latvian government’s successive declarations of an emergency regime are not ideal from the point of view of democracy and the rule of law, these actions have not constituted a major threat for three reasons. First, each time there was a need for an emergency situation to be implemented or extended, there were debates in parliament over their necessity and a subsequent vote in accordance with Section 10 of the Law on Emergency Situation and State of Exception. Second, the government ceased the emergency regime in June 2020 once the initial wave of infection settled down and they developed their 4-stage COVID-19 strategy. This shows that the government is determined to overcome the crisis and return to normality as soon as possible. Third, there have not been any significant attempts by the government to use the emergency situation as a pretext for entrenching their own power or to introduce laws that limit civil or human rights. Having established this, it is important to note that the amendment that removed the ‘sunset clause’ from the emergency legislation is permanent. While this amendment might help the current government to deal with the pandemic more flexibly, there is nothing to prevent a different government, faced with an emergency, from abusing the provision to implement a prolonged emergency for illegitimate purposes.

The Digitalisation of the Judiciary and Parliament

Latvia was one of the first countries in the EU to design a fully remote system to allow for the functioning of parliament. At the beginning of the COVID-19 crisis, the 100 parliamentarians followed social-distancing rules by utilising various parliament premises for parliament sittings, with members communicating via video link. However, this system proved to be inefficient leading to the first e-Parliament system being developed in May 2020 which was widely accepted by the Parliament’s Legal Bureau and experts in constitutional law. The system allows parliament members to use their personal digital ID card to log in securely so parliament proceedings can now be fully digitalised.

The Law on the Management of the Spread of COVID-19 Infection was amended to include a provision for the functioning of courts when the second wave of infection swept across Latvia. The law provides that civil and administrative cases should be resolved using written procedure unless the court believes that a particular case should be heard in court to uphold the participant’s procedural rights. If it is deemed that a court hearing should take place instead of a written procedure, videoconferencing tools should be used. Cases can be heard on-site if it is possible to comply with the epidemiological safety requirements and if written procedure and videoconferencing is unsuitable. Criminal cases should also be tried by written procedure unless a prosecutor or a person whose interests and rights may be infringed requests for the case to be examined through oral procedure. The courts have adapted well to the shift towards remote proceedings. An early report issued by the Latvian courts services revealed that between 13 March 2020 and 9 June 2020 the use of videoconferencing to hear cases increased by 10% compared to the same period in 2019. The Latvian court services also issue regular updates on the use of remote tools during court proceedings on their website.

Balancing of Rights During the States of Emergency

As in many countries around the world that are currently in the grips of successive waves of COVID-19 infection, many human rights are being restricted to prevent health systems from being overwhelmed. In Latvia parliament has enacted, and is continuously updating laws governing restrictions on travel, social gatherings and curfews. At the time of writing, the rules on gatherings have become stringent in light of the worsening COVID-19 infection rates. Cabinet Order No. 655 Regarding Declaration of the Emergency Situation establishes that private events and gatherings are prohibited, except for events within one household with acceptations being made for vulnerable people, childcare and funerals. As mentioned above, a curfew was implemented from 30 December until 4 January 2021 and also from 8 to 10 January 2021. Regulation No.655 also provides that all public events should be cancelled with the exception of organised picketing if less than 25 people participate.

The restrictions introduced by Latvian authorities can generally be considered proportionate and necessary to win the battle against COVID-19. However, the Law on measures to prevent and manage the state threat and its consequences due to the spread of Covid-19 (since replaced by the Covid-19 Infection Management Act), which provided measures addressing the economic consequences of the pandemic, caused significant controversy. In March 2020 Article 9 of this law ordered the Lotteries and Gambling Supervision Inspectorate to suspend all gambling organization licenses, both at physical gambling venues and online. This led a number of online-based betting companies to apply to the Constitutional Court of Latvia to have this law repealed. On 11 December 2020 the Constitutional Court handed down a decision that Article 9 of this law was, inter alia, contrary to Article 105 of the Latvian Constitution which establishes property rights. The Court ruled that although protecting society from spending funds on gambling websites during an economic downturn was a legitimate aim, Article 9 was deemed too vague and broad to achieve this aim.

Section 225 of the Criminal Law details the criminal sanctions that are permissible for breaches of restrictions during an emergency situation. If the breach of restrictions is classified as causing ‘substantial harm’ or ‘serious consequences’, depending on the circumstances, a person can be imprisoned for up to 8 years, be ordered to community service or fined. However, the fines for administrative offences have been raised substantially since the beginning of the crisis. The Administrative Violations Code was amended on 3 April 2020 to raise fines for breaching epidemiological safety requirements and specific emergency restrictions to a maximum of €2,000 for natural persons and a maximum of €5,000 for legal persons. Although the terms of imprisonment and fines seem severe, it should be noted that to date, there have not been reports of police launching an overwhelming number of investigations of breaches on criminal grounds. Administrative fines for significant breaches of restrictions such as breaking self-isolation or curfew rules have resulted in fines. However, although news outlets have reported that police issued around 1,000 fines for violations of curfew rules during the festive season, they reportedly issued considerably more warnings. This shows that police have not attempted to abuse their new powers, but rather inform people of their responsibility in fighting the spread of the virus.

The COVID-19 crisis has not yet established a major threat to democracy and the rule of law as Latvian authorities have proven to be acting responsibly during the emergency. However, the response to the crisis is far from perfect as evidenced by the recent decision of the Constitutional Court regarding the arbitrary ban on online gambling and the protests highlighting the financial struggles of people impacted by restrictions. In mid-February 2021 representatives for the Latvian beauty industry announced that they will be applying to the Constitutional Court regarding an apparent double standard in the prohibition of beauty services.

We are also not out of the woods yet – high infection rates are still raging across Latvia a year after the introduction of COVID-19 restrictions. The full scale of the damage caused to society and the economy due to the measures adopted will only be fully visible in the years to come. A complete picture of the consequences resulting from restrictions adopted are not yet visible as research is still being conducted. However, early reports suggest that both the virus and the attached restrictions will have a profound effect on society. It remains to be seen if the state deals with the fallout of this crisis effectively.

Other posts about this region:
Latvia 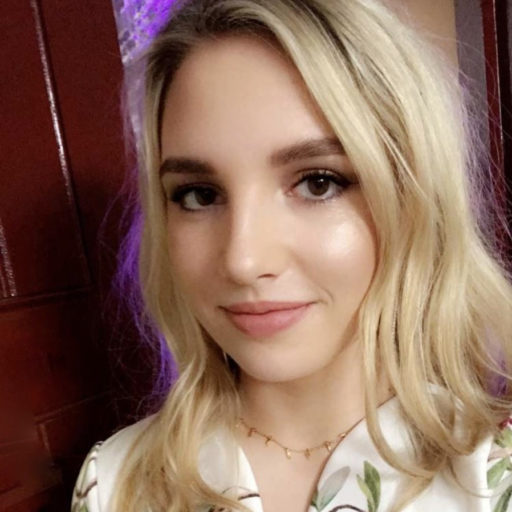