In the last few weeks, the Inter-American Commission on Human Rights (IACHR) and the Organization of American States‘ (OAS) General Secretariat have been involved in a rather undiplomatic public confrontation. The core of the dispute is the renewal of the mandate of the IACHR’s Executive Secretary, who is the employee in charge of leading the technical staff which supports the work of the IACHR. At first glance, said determination might seem like a minor issue, but in reality, it could translate into important repercussions for the protection of human rights in the Americas. Furthermore, this standoff sheds light into some chronic problems within the Organization and could be used as an opportunity for its strengthening.

The selection of the IACHR’s Executive Secretary

Both the IACHR and the General Secretariat are principal organs created by the OAS Charter, and albeit they have distinct competencies, these are also interrelated. There is no hierarchical or subordinate relationship between these two organs. The American Convention on Human Rights established a “unit” to provide secretariat services for the Commission as a “specialized unit” of the General Secretariat of the Organization. Later on, the Statute of the IACHR, which was adopted by the Member States of the OAS at the request of the IACHR, indicated that the Executive Secretary of the IACHR shall be “appointed” by the Secretary General of the Organization, “in consultation” with the Commission, and also that the Secretary General would only be able to “remove” the Executive Secretary after consulting with the Commission and informing its members of the reasons for his/her decision.

Said provision aimed at reaching a compromise between the interests and competencies of the OAS General Secretariat and those of the IACHR. The functioning of the Secretariat of the IACHR depends, in practice, on the General Secretariat (since it is the latter that establishes the legal regimen regarding personnel and employment decisions, among others). However, substantially speaking, the Secretariat of the Commission shall be autonomous and independent to accomplish the tasks the Commission may assign to it (since it is solely the IACHR that gives instructions about its competencies, priorities and schedule). Thus the aforementioned provision aimed at an harmonious interaction between the two organs in the appointment of the Commission’s Executive Secretary.

Notwithstanding the foregoing, the question regarding who has the last word in case of a disagreement remains. About a decade ago there was a heated debate on that issue, when then Secretary General expressed his understanding that the rules granted him the prerogative to remove the Executive Secretary and appoint his replacement. Mr. José Insulza claimed that the Statute only required that he inform the Commission, but there was no need to request its approval.

After several months of negotiations, said confrontation between Mr. Insulza and the IACHR was resolved after the Commission’s Rules of Procedure were reformed. The IACHR created an internal procedure to select its Executive Secretary. According to the revised Article 11, the IACHR shall independently undertake an internal procedure to identify the best qualified candidate and, upon its completion, forward the name to the OAS Secretary General, proposing his or her “appointment”. Said provision also establishes that the appointment shall be for a four-year term that can be renewed once. It does not, however, detail the procedure for the decision to renew or the role of the Secretary General in this case.

And so we come to the current battleground. The Commission argues that the recruitment of Secretary Paulo Abrão took place four years ago, in accordance with its Rules of Procedure. According to the IACHR, the competence to renew Mr. Abrão’s mandate lies exclusively with the Commission and, since there is no specific procedure for renewal, it only needed to make a decision and forward it to the Secretary General for mere administrative arrangements. According to Secretary Almagro, however, the Statute grants him the last word on the matter, and he is not obliged to comply with the Commission’s Rules of Procedure. Mr. Almagro argues further that his decision to abstain from moving forward with the process of renewing the mandate of the Executive Secretary is based on the inaction by the IACHR in responding to a series of complaints from the staff of its Executive Secretariat about administrative irregularities, harassment and a toxic workplace environment sponsored or permitted by Secretary Abrão.

Intergovernmental organizations have been prolific ground for administrative irregularities and abuses of office. Influence peddling and political favoritism have been commonplace in recruitment processes. Since these organizations do not need to comply with the law of the country where they operate, national labor safeguards do not apply to their employees. In addition to that, as a result of the lack of resources for any given international system, precarious contracts are more and more common and the appointment and renewal thereof is left to the discretion of supervisors. On top of that, it is common that these institutions are overworked and suffer pressure for results due to the combination of lack of human resources and multiple and enhanced responsibilities.

Said scenario has also plagued the OAS, including the IACHR. The institutional response to these challenges has been slow and uneven. Many factors play a role in this regard: lack of sensitivity and initiative by those in leadership positions, scarcity of economic resources to correct wrongdoings, and lack of support by Member States. Specifically, the latter is especially true when we are talking about an organ that monitors those very same States, as the IACHR does. Many States do not feel comfortable with any accountability mechanism, so they prefer a weakened institution, overwhelmed with internal conflicts, than a robust and efficient organ. Unfortunately, this has led to an erroneous culture of covering up internal deficiencies in order to avoid attacks by those who seek to weaken the institutions.

A large number of NGOs from the region have called for a double reinforcement of the IACHR upon resolving this crisis. On the one hand, they advocate that the interpretation of the norms about the appointment of leadership positions strictly guarantee the political autonomy of the IACHR on the basis of criteria regarding juridical and administrative competence, sound governance, and commitment to human rights. On the other hand, they make an urgent call for an evaluation of any symptoms of an institutional culture that affects the human rights and labor safeguards of the staff of the organization, so they can be prevented.

With regard to the first issue, for some, the desirable institutional setup is one in which the IACHR emulates the administrative and financial independence enjoyed by the Inter-American Court of Human Rights (I/A Court). While that may be commendable, it is an unrealistic goal given the current political context, and it is unattainable in the short term. An intermediate solution could be based on the interpretation of the current norms. This interpretation must ensure that both organs (the General Secretariat and the IACHR) harmoniously participate in the recruitment process. An interpretation that eliminates the participation of one of them or supersedes one in favor of giving total control to the other should be dismissed.

Therefore, in order to ensure the independence and autonomy of the IACHR in its decision, it is the Commission that must identify the person for the position of its Executive Secretary. That is to say, it falls within the IACHR’s mandate to determine who, among the candidates, is the best qualified candidate according to the applicable rules, and who will best fulfill the duties assigned by the Commission. The judgement regarding the subjective attributes of the candidates and the final decision must rest solely with the IACHR. There shall be no room for discussion or second-guessing by another organ, including the General Secretariat.

With regard to the second issue, the General Secretariat of the Organization should have a relevant involvement in the matter. After all, it is the organ which is institutionally responsible for all OAS personnel, and also in charge of ensuring the good governance of the Organization’s economic and human resources. Consequently, once the General Secretariat considers that there exists a legal impediment that is objective, verified and insurmountable, it should not be obliged to comply with the decision forwarded by the IACHR, and it should inform the Commission of the reasons for not doing so.

Among the possible scenarios of legal impediments, for instance, one could mention the noncompliance with the objective requirements for the position, falsehoods in the resume presented by the candidate, legal impediments for employment or for granting work permits at the headquarters where work must be performed. As long as the General Secretariat bases its opposition solely on objective criteria, it cannot second-guess the Commission’s decision on personal suitability of the selected candidate.

Apart from that, it is time for the OAS to hear the voices of the victims of workplace harassment. It would be worthwhile to take this opportunity to follow the example of other intergovernmental organizations which, after a series of scandals, have made progress towards actual policies of “zero tolerance” regarding harassment in all its forms. The situation calls for clear administrative procedures that are efficiently implemented. It is crucial that these procedures observe strict timelines for investigations. The Inspector General must also observe a deadline to complete a report on the matter, and a deadline shall be set for the defendant’s response. It is equally important that the appellate bodies have the necessary resources to conduct their work, and real access to the administrative tribunal must be ensured. It should also be taken as a priority to invest more resources and political support into changes in culture, which should include mandatory training about harassment for all employees, especially supervisors, so that they understand what is expected from them.

All of the foregoing may be difficult to accomplish, but as the old proverb says: “Never let a good crisis go to waste.”

This text was first published in Spanish on the blog Agenda Estado de Derecho and was translated by Leonardo Jun Ferreira Hidaka.

DOWNLOAD PDF
LICENSED UNDER CC BY NC ND
SUGGESTED CITATION  Sánchez León, Nelson Camilo: The Crisis of the Organization of American States That is Rocking the Commission on Human Rights, VerfBlog, 2020/9/15, https://verfassungsblog.de/the-crisis-of-the-organization-of-american-states-that-is-rocking-the-commission-on-human-rights/, DOI: 10.17176/20200916-211310-0.

Other posts about this region:
Latin America 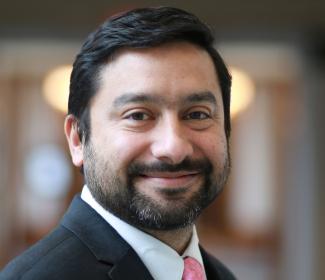 Other posts about this region:
Latin America No Comments Join the discussion
Go to Top