The Elections in Bosnia and Herzegovina: Means for Change or Consolidation of Paralysis?

On October 7th, general elections were held in Bosnia and Herzegovina, a rather complex state divided into two political Entities, the Federation of Bosnia and Herzegovina and the Republika Srpska as well as a special mixed unity of self-government, the district of Brčko. In addition to this territorial structure, Bosnia is a multi-ethnic state which, instead of official minorities, recognises three “constituent peoples” – Bosniaks, Serbs and Croats – who share large parts of the political power among them. So-called “Others” – Jews, Roma and all those who refuse to identify themselves with one of the three peoples (approximatively 10% of the population) – are excluded from this system of power-sharing.

All public institutions were affected by these elections: On the state or central level, the bicameral Parliament, the House of Representatives and the House of Peoples, as well as the three collegial members of the Presidency. The House of Representatives, the lower Chamber, is elected by a direct proportional suffrage without any quota in two constituencies, the Federation and the Republika Srpska. Yet, the suffrage is indirect for the House of Peoples and the three members of the Presidency who are elected in the Entities. The House of Peoples consists of five delegates of each constituent people and the Presidency comprises one Bosniak, one Croat and one Serb. This way, the “Others” are deprived of their right to stand for these two elections. Moreover, Serbs who live in the Federation cannot vote nor stand for election nor can Croats or Bosniaks living in the Republika Srpska. This is one of the manifestations of the strong interconnexion between the ethnic and territorial structures so characteristic for the Bosnian constitutional and political system.

On the Entities level, the bicameral Parliament of the Federation of Bosnia and Herzegovina, the National Assembly of the Republika Srpska as well as the President and Vice-President of the latter were to be elected. A particular problem here was the fact that the election law for the House of Peoples in the Federation had been considered unconstitutional by the Constitutional Court (U 23/14, 1 December 2016 and failure of enforcement, 7 June 2017) without being replaced by a new law so that the formation of the future government seems to be compromised or at least postponed (see also Balkan Insight). On the local level, finally, the Parliaments of the ten cantons of the Federation and of the Brčko district were also affected.

Despite this complete electoral renewal, little change has been operated by the so far published election results. With 53,36%, participation was as low as it had been in the past and electoral fraud is a probable reality. The Central Electoral Commission, for instance, has registered 3,35 million voters which would amount to 90% of the population! It is more likely that deceased people and outside residents had remained in the ID system which facilitates of course fraud and manipulations (Balkan Insight 7 October).

Regarding the Presidency, without surprise, Milorad Dodik (SNSD – Alliance of Independent Democrats) has been elected with 54,06% of the votes against 42,79% in favour of Mladen Ivanić (PDP – Party for Democratic Progress), his Serb predecessor at the Presidency. The Bosniak seat will be occupied by Šefik Džaferović (SDA – Party of Democratic Action) who succeeds to Bakir Izetbegović with 37,3% against 33,37% for Denis Bećirović (SDP – Social Democratic Party). The surprise of this election comes from the Croats: Instead of the expected victory of the HDZ BiH’s (Croatian Democratic Union) candidate Dragan Čović, it was Željko Komšić (DF – Democratic Front) who has won with 51,14% of the votes against 37,31% for Dragan Čović. Željko Komšić had already been in the Presidency from 2006 to 2014. His election had been strongly contested by the HDZ BiH that denied him any Croatian representativity being elected by numerous Bosniaks. Concerning the Presidency of the Republika Srpska, occupied until now by Milorad Dodik, Željka Cvijanović (SNSD) won the race with 47,68% of the votes against 42,63% for Vukota Govedarica (SDS – Serbian Democratic Party). In the House of Representatives, the SDA is leading with 16,58%, closely followed by the SNSD (16,51%), then the SDS (10,38%), the SDP (8,92%) and the HDZ Bosnia and Herzegovina (8,59%) and finally the DF (5,58%) (see Bosnia and Herzegovina’s Central Electoral Commission CEC). In the Entities’ Parliaments, the nationalist parties won largely, the SDP obtaining only 14,42% in the Federation and being absent in the National Assembly of the Republika Srpska.

The Monopoly of the Three Constituent Peoples

Since the coming into force of the so-called “Dayton Constitution” in 1995, the ethno-nationalist political parties of Bosnia and Herzegovina have played a major role in and contributed to increasing and spreading the system of ethnic quotas. These parties are the SNSD and the SDS for the Serbs, the HDZ BiH for the Croats and the SDA for the Bosniaks. While the power-sharing of these three peoples is constitutionally recognized through the tripartite composition of the House of Peoples and of the Presidency, this system has in fact infused the entire public life. Yet, in its judgment on the equality of the constituent peoples in both Entities, the Constitutional Court (U 5/98, four partial decisions of 28/30 January, 18/19 February, 30 June/1 July and 18/19 August 2000) had declared that the power-sharing mechanisms and ethnic quotas should be limited to the cases explicitly mentioned in the Constitution and should not be transposed to the Entity level. Nonetheless, even the Constitutional Court has instituted ethnic quotas within itself, the four judges elected in the Federation being two Bosniaks and two Croats, and the two judges elected in the Republika Srpska being Serbs.

Yet, the “monopoly” of the three peoples and thus the exclusion of the “Others”, especially the denial of the right to stand for election in the House of Peoples and the Presidency, was declared to be in violation of the European Convention on Human Rights. The European Court of Human Rights considered that if this organization could be justified by the special situation after the Dayton Agreement, this is no more the case at the present so that the distinction between the three peoples and the “Others” amounts to a violation of Article 1 of Protocol 12 to the Convention, ratified by Bosnia and Herzegovina.

To date, this judgment remains unimplemented, which testifies to the huge immobilism of Bosnia’s political actors. Constitutional reform may serve as another example: The Constitution forms an annex to the Dayton Peace Agreement and had initially been conceived as a temporary document serving in the first place to end the bloodshed. Since one endeavour for a constitutional revision failed because of an insufficient majority, there have been no further efforts to change the constitutional organisation.

Nevertheless, the Croat and Serb political elites are strongly opposed to the constitutional system. The Croats, through the HDZ BiH and its current leader, Dragan Čović, call for the creation of a third Croat Entity that would facilitate ethnic separation and a domination of the territorial Entities or ethnic cleansing. The Serb SNSD, under the direction of Milorad Dodik, who after his election to the Presidency declared that his only concern would be Serb interests, practices state paralysing and secessionist strategies, such as the adoption of a law on state property denying any property right to the central state (U-1/11, 13 July 2012) or the 2016 referendum that was in open opposition to a judgment of the Constitutional Court. Only the SDA, although it has evolved from an inter-ethnic to an ethnic party, chaired by Bakir Izetbegovic,supports the present institutions, however without constructively cooperating with the other ethnic groups. It is also this immobilism which has prevented the nationalist elites to amend the constitutional provisions prescribing the membership of three international judges within the Constitutional Court.

Yet, there is a pressing need for constitutional changes. Indeed, the current system proves to be completely inefficient: in a country of no more than 3,53 million inhabitants (census of 2013), there are sixteen Parliaments, fourteen governments and countless tribunals, about 700 politicians and higher political state officials as well as 140 ministers. This apparatus makes up approximately 60% of the entire state budget. The weakness of the central state such as anchored in the Constitution becomes a deadlock by the fragmentation of the political forces and the manifold use of veto-rights in the legislative procedure and the decision-making within the Presidency.

Furthermore, the system appears undemocratic in several respects. The unconventional discrimination against the “Others” requires either the abandoning of power-sharing in favour of a purely representative system or enlargement of the power-sharing to the “Others”. In the latter case, however, it seems appropriate to rethink the quota-system because the generalisation of such a mechanism risks to empty the individual civic voting rights and the concept of political majority of their substance: if you already know how many deputies of each ethnic group will sit in Parliament and if the political parties are structured in an ethnic way, elections would be largely superfluous (see the Opinion of the Venice Commission). In addition, the prolonged presence of the High Representative (OHR) on behalf of the international community and the EU deserves to be re-examined with regard to the principle of separation of powers ignored by their competences, especially the so-called Bonn-powers, and the rule of law threatened by the absence of any judicial review of their individual acts.

What are the Chances for Change?

During the last years, some inter-ethnic and/or civil-society-parties have emerged. Among them, four have acquired a certain audience: the SDP (Social-Democratic Party) which has participated in several governments but was confronted with scissions due to accusations of corruption and clientelism. This resulted in the creation of the DF (Democratic Front) and the GF (Civic Alliance). All these organisations rely on a social democratic and civic nationalist ideology. The last one is NS (Nasa Stranka – Our Party) with a social-liberal orientation highlighting the rule of law and closer ties with the EU. Although the latter aims at breaching the nationalist party system, it presented its own candidates for the Croat presidential elections whereas the other three civic movements chose Željko Komšić as one common candidate and were successful by winning against Dragan Čović. The current constitutional framework appears to created exactly the kind of conditions that now impede efforts for constitutional revision; and change will be all the more difficult the longer the current system persists. A recent event in the Republika Srpska is also noteworthy: the mysterious death of a young man named David Dragičević led to a strong reaction in civil society against the passivity or the manipulated investigations by the public authorities. Even if it is possible that this could have some incidence on the elections, it seems unlikely that it will reverse the result. Therefore, as long as the inter-ethnic forces do not ally and as long as their candidates are not recognised by the voters of the traditional ethno-nationalist parties as “real” members of their ethnic group, the chances to change the system are very small. This is to be correlated with the fact that during the last two years 80 000 young people left the country. It is also against this background that the emergence of new forces and new ideas becomes problematic.

Other posts about this region:
Bosnien 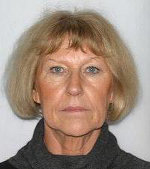 Other posts about this region:
Bosnien No Comments Join the discussion
Go to Top