The Global Forex Market and the Legal Constitution of Money

How might currency trading via the forex market change how we think about the nature and administration of money?

In this post, I reflect on the relationship between the multi-trillion-dollar forex market in which fiat currencies are traded and contemporary debates over the legal nature and administration of money. I suggest that the constitutional study of money should be extended to the legal instruments that establish the forex market.

The foreign exchange currency market, also known as the ‘forex market’, is the largest financial market in the world. Within this market, currencies are traded in pairs (EUR/USD) 24 hours a day. Trades can be executed as ‘spot’ transactions, meaning that the currencies are bought and sold according to the current price and settled within two days, or via derivative instruments, such as forex futures, options, and swaps. More than six trillion dollars worth of currency transactions were executed via the forex market every day in 2019. Forex trading is used by businesses to hedge against the risk of exchange-rate volatility. It also allows for profitable speculation on the future values of different currencies. The rise of internet trading platforms has led to the development of a retail market in forex; however, trading is dominated by the large private banks that operate in the inter-bank market.

Multiple factors inform the valuations of currencies by forex traders including interest rates, levels of inflation and unemployment, and assessments of economic growth and political stability. However, exchange rates are notoriously difficult to model and predict. What is clear is that the relative values being assigned to different currencies have profound impacts on domestic economies. Exchange rates influence how much producers are able to export, the prices of imported goods, and the value of financial investments. Muniesa and others working in the field of economic sociology have demonstrated that developments in technology can reshape how economic agents behave within markets by making new forms of calculation possible. The stock ticker and the Black and Scholes Options Pricing formula are two examples of technologies of calculation that reformatted markets and changed how economic values were being created and assigned within them. So how have the trading platforms, contractual structures, financial models, and regulations that enable the trade in forex instruments changed how currencies are valued? And how might all of this technological and legal infrastructure have affected the nature of money and its governance?

Debating the legal constitution of money

The global financial crisis, the subsequent sovereign debt crisis in the Eurozone, and the imposition of policies of economic austerity in the wake of these events has prompted an increased interest in the politics of monetary governance.  In recent years, legal scholars have begun to dismantle still-prevalent economic conceptions of money as having evolved in the private sphere as a natural progression from barter. In her book, Making Money: Coin, Currency and the Coming of Capitalism, Christine Desan demonstrates that the ability of any money to circulate and have an economic value depends on the willingness of a sovereign, or stakeholder, to identify and take back a particular ‘token’ in payment for services rendered. As well as emphasising that money creation is—and always has been—a fundamentally public process, Desan foregrounds the role that modern commercial banks play in creating money by extending lines of credit. Credit money, which is bestowed unequally on different actors depending on perceptions of their likely future productivity, is not a neutral measure of value, or a mere unit of account; rather, it is created based on prior valorisations. The ‘measure’ is thereby constitutive of future economic values. Desan’s work shows that ‘the relationships that make money work are matters of governance carried out in law’. Questions about the nature of money and its legal constitution are also explored in the work of Feichtner in her study on the constitutional ordering of the euro. Feichtner illustrates how reductive economic conceptions of money as a neutral store of value found resonance with constitutional ideas of individual freedom and democracy. The result has been the entrenchment and fetishization of a particular legal architecture for monetary governance that is tasked with protecting what are seen to be money’s vital economic and constitutional functions as a neutral unit of account, a store of value, and a shield against state interference with individual freedom.

Emerging scholarship on the legal constitution of money points to intriguing possibilities for money’s re-design that could have far-reaching consequences. Proponents of Modern Monetary Theory (MMT) challenge the prevailing post-2008 consensus that governments must impose spending cuts in order to rebalance their budgets and reduce sovereign debt. Economists working in this tradition reject dominant conceptions of ‘sound monetary policy’ arguing that governments with fiat currencies can print as much money as they require. On the MMT view, all money originates with government, and no state that issues its own currency can become ‘insolvent’ unless it chooses to do so. Yet the work of MMT theorists and scholarship on the legal constitution of money tend to elide the fact that the legally-constituted, credit-based fiat currencies under analysis are also being traded as commodities in the global forex market. The withdrawal of convertibility of gold into dollars that led to the breakdown of the Bretton Woods system of fixed exchange rates in 1973 altered the legal constitution of money in more ways than one. Not only did this development inspire the structures and policies now used to ‘protect’ the value of money on the domestic and regional levels, but the removal of controls on the cross-border movement of capital and the shift to a regime of floating exchange rates created a new market in which private actors compete with governments and central banks to determine the economic values of their currencies.

Taking the operations of the forex market into account complicates the debate about the nature of money and its governance. Scholarship on the legal constitution of money can explain how any money comes to have an economic value, and it illuminates the role that the state and particular laws and institutions play in establishing the core economic functions that many economists ascribe to money automatically. Nevertheless, this scholarship has not yet established how a currency comes to have a specific economic value at a particular period in history, or why some monies are more economically valuable than others. In an interconnected global economy is the commitment of a single sovereign to continue to accept a money back as tax a sufficient condition for that money to maintain its economic value? Or does the value of every currency, and its ability to function as money domestically, now also depend upon perceptions of its desirability in the global forex market?

Bringing in the forex market

Commonplace descriptions of the ‘evolution’ of the ‘unregulated’ forex market parallel stories of the ‘spontaneous’ emergence of money as a private development to facilitate more efficient trade. In fact, the liberalization of capital controls and the shift to floating exchange rates was mediated extensively by states working through international institutions. Mechanisms developed by the IMF to manage floating currencies, such as special drawing rights, were constitutionalized in its Articles of Agreement; electronic platforms for forex trading had to be developed and licensed by states; and new contractual instruments, such as ‘currency swaps’ and ‘master netting agreements’ had to be vindicated by domestic legal systems in order for the market to develop.

A closer look at global forex markets suggests that the buying and selling of currencies via multiple species of forex instrument affects the ability of sovereigns and central banks to create more money and to preserve its economic functions. Sovereign governments have created markets in which contract-based currency exchanges made predominantly by large private banks operate to assign an economic value to their monies. Collectively, these banks can constrain the ability of those same sovereigns to control the value of money through monetary policy, or to engage in monetary financing. Banks may not be ‘issuing’ new deposits of currency when they trade forex instruments in the inter-bank market, but neither do they necessarily have physical reserves of currencies backing up the trades that they make at a given point in time. Trading is highly leveraged and large transactions can be processed with relative little amounts of money committed up-front. The virtual flows of currencies that result from these trades have the same effect as increasing or reducing the money supply: they affect money’s economic value. Central banks can and do intervene in forex markets in order to influence the values of their currencies. Significantly, however, they cannot always prevent their values from rising or falling. The Swiss National Bank reportedly spent $200 billion in 2009 in an attempt to hold the Swiss franc at level of €1.50. After nine months of success, ‘it was overwhelmed by the weight of the forex markets’. Even if reductive economic accounts that underweight the public and legal character of money are effectively countered, the ability of governments and central banks to act differently—to engage in monetary financing, for example—are constrained by the valorisations performed by forex traders.

When forex traders valorise a currency based on variables such as interest rates, levels of inflation, economic growth, and unemployment they are evaluating the economic performance of the country of its issue in the (recent) past. That performance is compared to the performance of other economies and assigned a value, which, in a global economy, is a factor that then shapes the country’s future economic prospects by affecting imports and exports, levels of financial investment, and the magnitude of sovereign debt. Currencies are entering the global economy pre-loaded with an economic value that reflects the assessments and the interests of powerful private banks. This finding discredits Liberal representations of markets as sites of justice and fairness in which money, a neutral medium, merely facilitates wealth-enhancing exchanges. It also poses a challenge to some of the thinking on the dynamics of ‘ecologically unequal exchange’, as explored by Oliver Schlaudt in his contribution to this symposium, as it undermines the very possibility of there being ‘a symmetric exchange of equal values in monetary terms’ that is ‘disguising’ asymmetric transfers of matter, energy and labour. The monetary terms of any transaction involving more than one currency are already asymmetric.

In order to fully appreciate the nature of contemporary fiat currencies and possibilities for their redesign, the constitutional study of money should be extended to the legal instruments that establish the forex market. More attention needs to be paid to the ‘private’ law-based instruments that compete with the more overtly public administration of money to establish, inflate, and decrease money’s economic value. Influential economist, Andre Orléan, has sought to reinvigorate economic thought based on a revised conception of money as a social institution. He argues that value is embedded in money via the relation between society as a whole, and the contribution and actions of the individual. The question remains which society, or societies—domestic, regional, or international—are most effective at doing the embedding. 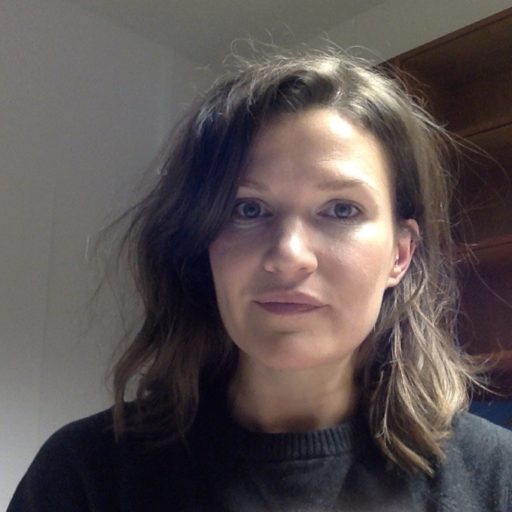