The Interplay Between International and National Institutions in Fighting Corruption

Lessons from the Piero Foresti, Laura de Carli & Others v. The Republic of South Africa Case

The topic of corruption plays a particular role in the international investment regime, as is evidenced by the large number of corruption-based investment cases and the abundant literature on this topic. This blog post discusses the role of arbitral tribunals and local institutions (notably courts and bar associations) in addressing the challenges of corruption by focusing on the so called Piero Foresti, Laura de Carli & Others v. The Republic of South Africa case (hereinafter, the Foresti case). I argue that the reaction of the arbitral tribunal to the allegation of corruption is unsatisfactory and that international and national institutions should operate in complementarity given the transnational nature of the phenomenon of corruption.

Such a discussion is of particular importance for South Africa that has recalibrated its investment policies with the adoption of the Protection of Investment Act 22 of 2015. One notable feature of this new legislation is the absence of any Investor-State arbitration provision. Consequently, foreign investors from countries without any investment agreement with South Africa may only have recourse to domestic adjudicatory bodies (but also to mediation) for the settlement of their disputes, including disputes related to corruption:  what are, therefore, the lessons to be learned, with regard to the uses of the law to combat corruption and to the adequacy of national institutions to deal with corruption cases with transnational elements?

The issue of corruption before the arbitral tribunal

The Foresti case started when investors from Italy and Luxembourg filed a claim against South Africa, arguing that legislation enacted to increase the participation of historically disadvantaged people led to an unlawful expropriation of their mineral rights. The case was finally dismissed without a decision on the merits, but notably it was characterized by an allegation of corruption: One of the lawyers appointed by the respondent state, Mr. Nthai, engaged in prohibited discussions with the claimants, during which he attempted to solicit a bribe. While the claimants wanted to withdraw from the proceedings, they could not do so without the consent of the respondent who, however, wanted to be reimbursed for all legal fees (more than 5 million Euros). Yet, Mr. Nthai offered to convince the South African government to accept stopping the proceedings without claiming the legal expenses. In return, Mr. Nthai demanded ZAR 5 million from the claimant (para 31). Instead of paying him, however, the claimants informed the South African government and the arbitral tribunal. So, what was the reaction of this tribunal vis-à-vis this allegation of corruption?

The tribunal mentioned the withdrawal of the counsel as representative of South Africa (para 6) and decided that the legal expenses for the counsel could not be claimed by the South African government: the tribunal stated that it cannot “properly order that the costs of a Party’s adviser who engages in the solicitation of bribes should be recovered from the other Party” (para 120).

Yet, the arbitral tribunal did not take any further measures against the counsel. And indeed, one could wonder whether the tribunal had powers to do so in the first place. This question  belongs to the hotly disputed topics in international arbitration and some arbitral tribunals have already stated that they do not have powers to sanction a counsel (see, for example, Fraport Ag Frankfurt Airport Services Worldwide V. Republic of The Philippines, para 39). In the same vein, the Draft Code of Conduct for Adjudicators in International Investment Disputes, proposed by  ICSID and UNCITRAL, excludes the behavior of counsels from its scope (Article 1(2)). This may be explained due to the agency relationship between the party and its legal representative according to which the acts of the representatives are attributed to the represented State (and thus there is no need to distinguish the counsel from the party).

However, there are cases in which legal representatives act far beyond the instructions by a party. Although this distinction between what has been instructed by the representative State and what is the own conduct of its representative is not an easy one, it is difficult to attribute to South Africa the bribe solicitation of its lawyer. Additionally, the inherent powers of arbitral tribunals seem sufficient to address counsel misbehaviors and some arbitral tribunals have relied on these powers to exclude a counsel from their proceedings (see Hrvatska Elektroprivreda, d. d. v. Slovenia). Some other international adjudicative bodies have also recognized that their inherent powers extend to the power to control and sanction lawyers appearing before them (see Prosecutor v Duško Tadic). This is why I think the reaction of the arbitral tribunal is to some extent, unsatisfactory.

Back to National Institutions?

Having failed to sanction the counsel, the tribunal could have referred the case to national institutions since corruption is subject to penal sanctions at domestic level. Such a referral can be seen as an aspect of the collaboration between the international and national institutions. The preamble of the United Nations Convention Against Corruption considers such international cooperation essential to fight corruption.

It could be objected that this referral was not necessary given the presence of South African authorities in the proceedings. And indeed, following the misbehaviour of the counsel, domestic authorities have become active. This is not surprising since,  as the Supreme Court of Appeal of South Africa recalled in Johannesburg Society of Advocates and Another v Seth Azwihangwisi Nthai and Others (879/2020 and 880/2019) [2020] ZASCA 171 (15 December 2020), « Mr Nthai’s misconduct … compromised not only the interests of his client, the Government, but also the integrity of the advocates’ profession. He pursued personal enrichment at the expense of his client and, ultimately, the taxpaying public. Over the course of a number of months, he sought a substantial bribe that would have required him to act against his client’s interests » (para 46). So how did the domestic response look like?

Local institutions and the fight against corruption: Multiples responses

The response was, first, disciplinary: The State Attorney lodged a complaint with the Pretoria Bar Council which, together with the Johannesburg Bar Council, appointed a Disciplinary Committee because Mr. Nthai was a member of both bars. The Committee, in its report, found him guilty (para 24) and recommended that Mr. Nthai’s membership of both the Johannesburg and Pretoria Societies of Advocates (PSA) should be terminated. It also recommended the removal of the lawyer’s name from the roll of advocates and the publication of the report (para 25).

Then the response became judicial when the High Court, by an order granted on 15 April 2013, endorsed these recommendations and decided to remove the lawyer from the roll of advocates at the instance of the PSA. A few years later, Mr. Nthai lodged an application to the High court of South Africa, in order to be readmitted as an advocate. The High court, in its judgement of 24 May 2019, decided that Mr. Nthai be « re-admitted as a legal practitioner of the High Court of South Africa to be enrolled as an advocate » (para 93.1). The Court, surprisingly considered that « [Mr] Nthai’s health condition played significantly a role in his deviant and irrational behaviour » (para 59.1) and, after reports and testimonies from medical experts and community leaders, declared that Mr Nthai «  has completely, genuinely and permanently reformed and furthermore that there is no chance that he will transgress the rules of the practice in future » (60.2).

On another note, this decision demonstrated the impact of naming and shaming in the fight against corruption: In his affidavit, this counsel described the disclosure of his wrongdoing by the media as ‚devastating’ (para 32.1) because such a publicity affected him and his family members (paras 32.4-5).

After their applications for leave were refused by a decision of the High Court on 18 July 2019,  the two societies of advocates took the case to the Supreme Court of Appeal which upheld the appeal and set aside the orders of the court below. It found that what this lawyer did, was beyond ‘mere professional misconduct (para 47) and that his « conduct post-removal has demonstrated that he is fundamentally ill-suited to a profession based on integrity, candour and honesty » (para 88). The Supreme Court of Appeal was also surprised that no prosecution ensued (para 117) and directed the Registrar to forward the judgment to the National Director of Public Prosecutions, meaning that the lawyer could even face criminal prosecution.

Corruption is undoubtedly one of the most important issues to be addressed by our societies and the fight against this ‘plague’ requires a multi-layered approach in which tribunals are playing the most important, but not the unique role. In this regard, the interactions between international and local courts need to be clarified and strengthened: rather than an exclusive approach, as it was the case in this affair, these courts should operate in complementarity. This is particularly true given that the idea of establishing an International Anti-Corruption Court, which has recently emerged, would operate on the principle of complementarity (with local institutions).

Given the prominent role that the Protection of Investment Act 22 of 2015 has given to national institutions in resolving investment disputes, the responses of different local institutions were also examined with a view to assessing their effectiveness and the remaining challenges. 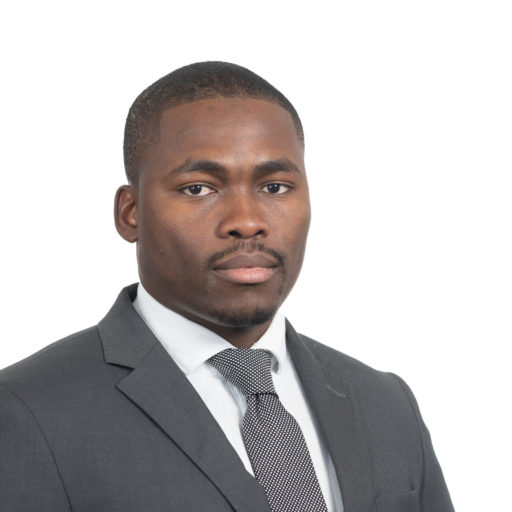