The legal vs. political route to rule of law enforcement

Considering the CJEU’s judgment in the Associação Sindical dos Juìzes Portugueses, it is highly expected that the CJEU will follow the Advocate General’s opinion in C-619/18 and, consequently, rule that the Polish national measures lowering the retirement age of the Supreme Court judges and granting the President of Poland the discretion to extend the active service of a judge after his retirement age are not in compliance with the principle of judicial independence pursuant Art. 19(1) TEU. Such an outcome would affect the current rule of law discourse on three grounds. First of all, it might exert pressure on the Council to finally act in respect of the Art. 7(1) TEU procedure against Poland. Secondly and more likely, the prospect of pecuniary sanctions in light of an Art. 260 TFEU procedure would create an incentive for Poland to (partially) redress the situation. And lastly, yet more importantly, the effective functioning of the preliminary ruling procedure could be endangered.

The Council under pressure

A confirmed failure to fulfil the obligations under Art. 19(1) TEU by Poland will first of all substantiate the Commission’s observations set forth in the reasoned proposal initiating Art. 7(1) TEU against Poland. Nevertheless, the process for the establishment of this proposal was heavily criticised by the Polish government for fragrantly violating the principles of objectivity and national sovereignty. Surprisingly, the Polish government recognised the competence of the CJEU pursuant Art. 19(1) TEU, preferring the legal route over the political dialogue on the basis of Art. 7(1) TEU. Notably, this statement precedes the Associação Sindical dos Juìzes Portugueses judgment and its ground-breaking outcome. On the basis of this judgment, Art. 19(1) TEU serves as a verifiable criterion to challenge national measures related to the functioning of the judiciary, in contrast to the probably anticipated infringement procedures against Hungary (See Scheppele, Making Infringement Procedures More Effective).

An established infringement of the principle of judicial independence, as the core element of the rule of law, should be a sign for the Council to finally act upon its proclaimed responsibilities under Art. 7(1) TEU, instead of its inaction in this regard and its repeated obstruction of the Commission’s work related to rule of law enforcement up till now (See Scheppele and Pech, Never Missing an Opportunity to Miss an Opportunity: The Council Legal Service Opinion on the Commission’s EU budget-related rule of law mechanism). Art. 7(1) TEU provides for the Council the possibility to determine a clear risk of a serious breach with a four-fifths majority. Yet, not much has happened since the Commission’s initiation of Art. 7(1) TEU against Poland on the 20th of December 2017, except for a disappointing dialogue without tangible results. To date, the Council held in the framework of Art. 7(1) TEU three hearings built upon a peer review exercise, during which the Commission and Poland set forward their observations regarding the main concerns and the other Member States raised questions. The mere conclusion of the Council was, however, to return to the discussions during the next Council Meeting, which is, then, depending on the Commission’s persistent incitement to have, yet, another hearing on the Polish situation. Besides this incitement, no task is left for the Commission in the framework of Art. 7(1) TEU. Hence, the Council should, in turn, finally take its competence under Art. 7(1) TEU seriously and move from the preliminary stage of Art. 7(1) TEU to the determination of a clear risk of a serious breach, which is the ultimate purpose of Art. 7(1) TEU. This entails that the Council needs to start the voting procedure on the basis of the documentation delivered by the Commission in the context of the EU Rule of Law Framework and the judgment. This information provides sufficient evidence for the determination of a clear risk of a serious breach under Art. 7(1) TEU. Attaining the required four-fifths majority pursuant Art. 7(1) TEU might be realisable, in contrast to the determination of a serious and persistent breach, which requires unanimity pursuant Art. 7(2) TEU. However, the political reality makes such a u vote unattainable, since Hungary is also facing an Art. 7(1) TEU procedure. Yet, the Council should bear in mind that the effective application of EU law is, after all, an essential component of the rule of law.

The incentive of pecuniary sanctions

More importantly, the establishment of an infringement of Art. 19(1) TEU would mean that the Commission has recourse to Art. 260 TFEU in case Poland fails to comply with the judgment, entailing that the CJEU can impose pecuniary sanctions in the form of a lump sum or a penalty payment. Especially with regard to the order of the CJEU in the Białowieża case establishing penalty payments in case Poland did not comply with the interim measures and Poland’s reaction as a consequence thereof, the prospect of potential pecuniary sanctions seems to produce an incentive to adhere to the CJEU’s decision. Moreover, the reaction of Poland on the interim measures requested by the Commission already sheds light on the possible reaction on the definitive judgment. The Commission seemingly learned lessons from the Commission v. Hungary case and tried to retain a status quo in the formation of Supreme Court judges before too much damage was done. The requested interim measures adopted by the Vice President of the CJEU in the Order of 19 October 2018 (and confirmed by the CJEU in the Order of 17 December 2018) led to the amendment of the Supreme Court Act, reinstating the retirement age of judges at the age of 70 years.

The compliance with such a judgment can, however, not be seen apart from the other pending infringement actions against Poland. Full compliance with this judgment will as such not solve the overall rule of law crisis as it exists nowadays in Poland. Yet, partial restoration of the rule of law backsliding, in particular with regard to the attacks on the Supreme Court via the lowering of the retirement age and the margin of discretionary power in hands of the President of Poland in extending the retirement age, could be expected. Similar outcomes in the other pending infringement cases would entail restoration of the lowering of the retirement age of ordinary courts and of the disciplinary regime which are endangering the independence of judiciary. Although the result cannot be overestimated, it is fair to say that the compliance with these judgments would produce more effects than the political dialogue in the context of the EU Rule of Law Framework of the Commission, the Rule of Law Dialogue of the Council, and the Art. 7(1) TEU procedure have induced.

Yet, a danger for the functioning of the preliminary ruling procedure?

Notwithstanding these potential positive effects following from the infringement procedure, one important caveat has to be raised with regard to the relationship between the judicial independence and the preliminary ruling procedure under Art. 267 TFEU. Indeed, the dialogue between the national judiciary and the CJEU established in the framework of the preliminary ruling procedure as enshrined in Art. 267(2) and (3) TFEU can only be realised in case the court referring a preliminary question can be qualified as a court or tribunal in the sense of Art. 267 TFEU. This entails that the court or tribunal should comply with the criteria, amongst other things that the body is established by law, it is permanent, its jurisdiction is compulsory, its procedure is inter partes, it applies rules of law, and – the most essential element in this respect – that the body is independent. Moreover, the CJEU has explicitly clarified in its order of 17 December 2019 (para. 66) that:

“The independence of national courts and tribunals is, in particular, essential to the proper working of the judicial cooperation system embodied by the preliminary ruling mechanism under Article 267 TFEU (…) that mechanism may be activated only by a body responsible for applying EU law which satisfies, inter alia, that criterion of independence”.

Consequently, the conclusion that the Member State has failed to fulfil its obligation under Art. 19(1) TEU, namely failed to guarantee that its courts and tribunals meet the requirement of effective judicial protection, the very essence of which is the principle of judicial independence, entails that this court or tribunal is no longer independent and, thus, can no longer be qualified as a court or tribunal in the sense of EU law in order to refer preliminary questions under Art. 267 TFEU. This reasoning would have tremendous implications for the Polish Supreme Court, especially in light of the preliminary questions posed by this court, as it would no longer be able to refer preliminary questions to the CJEU as the highest court of the Polish judiciary.

In the end, this is exactly what the Polish government tries to achieve by adopting the new disciplinary regime, namely avoiding the judicial interference of the CJEU in the form of preliminary references as a consequence of the possibility for judges to be subjected to disciplinary proceedings for the content of their judicial decisions. Paradoxically, the Polish government is even instigating disciplinary proceedings against the judges who referred questions on the compatibility of this disciplinary regime with EU law, confirming the European Commission’s fear.

Such a reasoning should, however, be avoided, since the preliminary reference procedure under Art. 267 TFEU is the cornerstone of the judicial system established on the basis of Art. 19(1) TEU to ensure the autonomy of EU law. In case it would be argued that the preliminary questions posed by a court, targeted by the national measures eliminating its independence and impartiality, are inadmissible for the above-mentioned reasons, this court should a fortiori be able to use its fullest discretion to pose questions to the CJEU in order to ensure the consistency, uniformity, effectiveness and autonomy of EU law, the core characteristics upon which the EU is built (paras. 109-111 of opinion 1/17). Indeed, the fact that these courts want to refer questions concerning the compatibility of the contested national measures, contends the independence and the impartiality of that particular judge posing questions, as it is opposing the intended pressure by the government, facing disciplinary proceedings. Moreover, it shows the needed willingness of the judiciary of a rule of law backsliding Member State to fight against this backslide and the remaining hope in the ‘legal route’ of rule of law enforcement by the CJEU, when the political route has reached or is close in nearing deadlock.

A good start is half the job

It can, therefore, be expected that a confirmed breach of the principle of judicial independence would resort in action of Poland to (partially) restore the rule of law backsliding. This – hopefully achieved – result should, however, not detract from the fact that a permanent monitoring of all the Member States, comparable to the Cooperation and Verification Mechanism for Bulgaria and Romania, should be established in order to review the actions of the Member States in relation to the rule of law. This monitoring, firstly, needs to lead to an objective and on evidence based alarm-system in the case of potential rule of law breaches at the earliest stage possible and, secondly, to effective action from the EU-institutions. 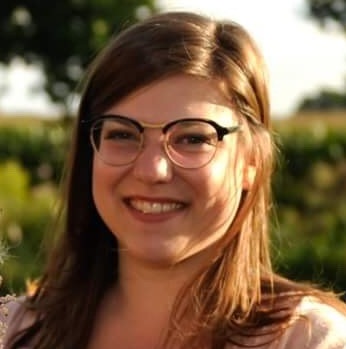