The Legality of Evil

Lex iniusta non est lex – an unjust law is not a law. This centuries-old legal maxim lies at the heart of Balázs Majtényi’s recent Verfassungsblog entry. Majtényi resurrects Gustav Radbruch’s famous formula, according to which ‘where there is not even an attempt at justice, where equality, the core of justice, is deliberately betrayed in the issuance of positive law, then the statute is not merely “flawed law”, it lacks completely the very nature of law [emphasis mine].’ Radbruch, of course, wrote these words in 1946 with Nazi law in mind, but it can be applied outside of that context – Majtényi relies on it to challenge the Hungarian legal system that he describes as ‘flawed and compromised in numerous ways’. This essay is, however, not concerned with the accuracy of this description – I will leave this to those more familiar with Hungarian law and politics – but the utility of Radbruch’s formula when faced with legal systems we deem evil. Here, my answer differs radically from Majtényi’s.

Evil Law and its Species

But first, I should make a side note about the language Majtényi uses in his contribution. Rather than simply talking about evil law, he centres on ‘amoral law’, which to him is ‘law that does not systematically follow moral rules.’ ‘Amoral law’ seems, on my reading, to be a species of evil law – and a target of Radbruch’s formula – together with ‘immoral law’, the definition of which is not given, apart from more particularised descriptions like ‘following racist ideals’ or ‘serving exclusionary ideals’. As I understand Majtényi, ‘amoral law’ refers to law that is not in congruence with what Lon Fuller would call1) ‘internal morality of law’ or the Rule of Law – while not necessarily being substantively iniquitous (this role is delegated to ‘immoral law’), they represent regimes are a collection of chaotic and disparate rules ‘driven solely by the [amoral regimes’] wish to maintain and strengthen their power’. The choice to focus on ‘amoral’ rather than ‘immoral’ (in Majtényi’s terminology) law seems puzzling to me, as Radbruch’s formula, at first glance, seems to only accommodate the latter and, apart from numerous assertions, there is no defence to the contrary. However, for the purposes of this foregoing argument, one can provisionally assume that the Radbruch formula is indeed that capacious.

Separation of Legality and Morality Is Both Possible and Desirable

There are two prongs to my argument against Majtényi’s insistence that adopting the Radbruchian approach will, indeed, ‘deliver us from evil’. The first one is that nothing precludes us from describing a legal system as ‘evil’, ‘immoral’, or ‘amoral’, for that matter, while also not disputing its legal validity. Even more so, this recognition does not stop us from disobeying it if it lacks moral validity. As HLA Hart eloquently argues in his 1958 polemic against Radbruch, when faced with ‘any sinister use of the slogan “law is law” or of the distinction between law and morality’, one should respond: ‘Very well, but that does not conclude the question. Law is not morality; do not let it supplant morality.’ This point sounds quite trite, but precisely because it is a truism; such that Ronald Dworkin simply declared2) the ‘puzzle of evil law’ as of ‘almost no practical importance’. By appealing either to morality as a criterion of legally valid law or as an extraneous principle that directs us to take action against it, we reach the same result via different routes – the morally iniquitous law loses its power.

Of course, to conclude here would be not to give Majtényi’s argument the justice it deserves. Contrary to Dworkin’s comments, just because you can reach his desired result without applying the Radbruch’s formula, it does not mean that you will achieve it just as well. It thus falls on me to defend the second prong of my argument – that abandoning Radbruch’s mixing legality with morality is a better way of resolving the ‘puzzle of evil law’. There are two reasons why it is so – of conceptual and moral clarity. Firstly, treating evil laws as legally valid allows us to open our minds to the fact that law is often not a hindrance, but a tool for those regimes to consolidate power, as they are indispensable for coercion, coordination, legitimation, and so forth. Even more so, by recognising law of evil regimes as law, we do not just learn about these regimes, but about law as such: if we subscribe to the anti-Radbruchian view, we can see that law is nothing more than an instrument that can be used for good or evil.

Secondly, this conceptual clarity is inevitably intertwined with moral clarity. Treating the institution of law as inherently moral is just as – or even more – dangerous as mindlessly chanting ‘law is law’ or whatever the Radbruchians think those separating law from morality are doing. Hart, for instance, argued3) that it is crucial to ‘preserve the sense that the certification of something as legally valid is not conclusive of the question of obedience and that, however great the aura of majesty or authority which the official system may have, its demands must in the end be submitted to a moral scrutiny’. I call such an argument ‘the Pandora’s Box Objection’, according to which in the absence of objectively ascertained moral standards (that Majtényi concedes is the case) invoking morality in deciding what to call ‘law’ carries a risk of uncritically venerating the latter.

Let us consider some arguments to the contrary that Majtényi provides. He argues that Radbruch’s formula ‘assists primarily those who oppose evil law’. Majtényi considers three stages at which the formula would be relevant: resisting evil law in real time from the inside, responding to evil regimes from the outside through international institutions such as the EU, and ‘eradicat[ing] the remnants of the regime’ when they fall. These stages, he notes, all involve returning to moral arguments. If, as I have claimed before, recognising the legal validity of evil law does not preclude exhibiting negative moral attitudes towards that law and acting on them, there is no need for the Radbruch formula to come into play to achieve just that. Take an example most elaborated on by Majtényi. There ‘may be people who fight using civil disobedience, for whom the legalistic answer that their actions are illegal is unacceptably simplistic.’ If we take Radbruch’s approach, ‘[t]heir struggle may be supported by the knowledge that they are fighting statutory lawlessness.’ However, I cannot see how fighting against a valid, but morally iniquitous law cannot provide a rallying cry just as strong as the one supplanted by Radbruch’s formula.

Agree or disagree with it, Majtényi’s essay provides a fertile soil for further examination of the phenomenon of evil law (or, as he would probably rather put it, evil lawlessness). However, it has its shortcomings as it closely gets to, but ultimately fails to capture one uncomfortable truth about law – what I shall call, somewhat cheekily riffing off Hannah Arendt’s seminal work, ‘the legality of evil’, or the serviceability of law to evil regimes. Refusing to recognise the legal validity of the morally iniquitous laws does not empower, but, on the contrary, disempowers us in the face of them. 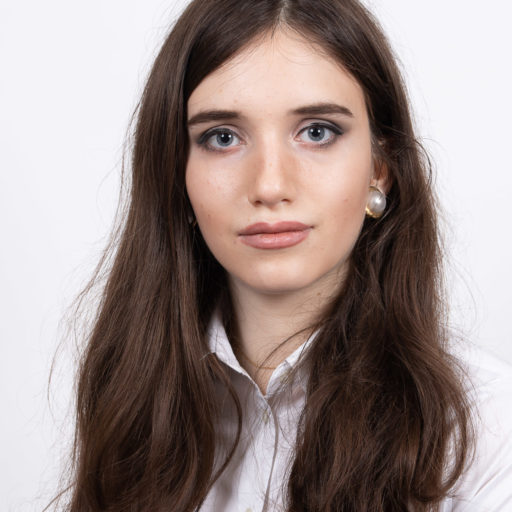 Anna Lukina Anna Lukina is a PhD candidate at the University of Cambridge and a Professor at the Free University Moscow. She writes on jurisprudence, legal history, and public law. Her doctoral project is entitled 'Towards a Jurisprudence of Evil Law'. ORCiD >>