The Making and Unmaking of a Constitutional Crisis in Samoa

Politics in the Pacific island state of Samoa rarely attract international attention. Last week, however, Samoa grabbed global headlines as two leaders each claimed the Prime Ministership after a closely contested election. The constitutional issues surrounding this crises are complex and growing in number by the day. They concern dealing with a hung parliament, the powers and duties of various constitutional officials, the independence and administration of the judiciary, the representation and treatment of women in public office, and the question of whether it may be permissible to contravene constitutional provisions in order to uphold and maintain the constitutional system of government. This post focuses on the last of these issues and how Samoa’s courts, and potentially customary institutions, might be able to chart a path out of the constitutional crisis.

From hung parliament to constitutional crisis

Samoa’s general election, held on 9 April 2021, was closer than many had expected. The incumbent Human Rights Protection Party (HRPP), which had held a parliamentary majority for nearly 40 years, 22 of those under the leadership of Tuilaepa Sailele Malielegaoi, won 25 seats in the 51 seat parliament. The newly formed Fa’atuatua ile Atua Samoa ua Tasi (FAST) party, led by former HRPP member and Deputy Prime Minister, Fiame Naomi Mata’afa also won 25 seats. After considering the issue, the sole independent elected to parliament declared his support for FAST. Mere hours before he did so, however, the Electoral Commissioner declared that an additional seat in the Parliament was required to meet the 10% quota for women, a seat which was filled by a member of the HRPP. The parliament was thus once again tied, now at 26 seats each.

Things began to unravel, constitutionally speaking, on 4 May 2021, when the Head of State issued a writ for a new election on the grounds that there was no clear majority to form a government. FAST commenced two court proceedings, which were determined by the Supreme Court on 17 May 2021. First, in a decision that turned on the interpretation of an ambiguous constitutional provision, the Supreme Court held that the quota was not activated and voided the additional seat. Following an appeal, the Court of Appeal held on 2 June 2021 that the quota could be activated, but only after all pending electoral petitions were resolved. Second, FAST argued that the Head of State did not have power under the Constitution to call a new election. The Court’s reasoning is discussed further below. The result, however, was in favour of FAST: the Court declared the writ for the new election void.

Since then, both leaders have claimed the Prime Ministership. A war of words and a flurry of legal processes ensued. Tuilaepa dismissed Fiame’s parliamentary sitting under the marquee as ‘treason’ and questioned the impartiality of the entire judiciary. For her part, Fiame has called on Tuilaepa to respect the court’s rulings and the rule of law, questioned the impartiality of various public officers, and cited Tuilaepa and the Speaker for contempt of court. Meanwhile the Attorney General has commenced court proceedings, seeking orders that the parliamentary sitting conducted by FAST was unconstitutional.

The role of the Court: What has happened and what is yet to come?

Before considering the arguments about the legality of the actions performed by parties on both sides of the political divide in relation to the sitting of parliament, it is helpful to first consider how the Supreme Court resolved the cases challenging the Head of State’s powers to call a new election and to suspend the parliamentary sitting.

In FAST v Attorney General, the Supreme Court determined that the Head of State did not have the power to call a new election in the present circumstances. The Court held that the Constitution clearly sets out what is to happen in the event of a tied election: the Head of State calls the Parliament to meet, and if, after a reasonable period, it cannot be determined which leader holds the confidence of the majority, the Head of State has an express power to dissolve parliament and call a new election. This process reflects the responsibility of the parliament – as the democratically elected branch – for forming government and holding it to account. The Court expressed ‘serious doubt’ that Samoa’s Head of State had ‘reserve powers’ (discretionary powers not expressly set out in the Constitution) but held it was not necessary to determine that issue to resolve the case.

In a follow up application in the same proceeding, heard urgently on a summary basis on 23 May 2021, the Supreme Court declared that the Head of State’s proclamation calling for the first sitting of parliament was of lawful effect, and that his suspension of that proclamation was inconsistent with the constitutional requirement that Parliament meet within 45 days after a general election. The Court also said that the Head of State’s decision, made without giving reasons, lacked the transparency necessary to guard against an improper or arbitrary exercise of power.

In both cases, the Court’s reasons give primacy to the constitutional text, reflecting the longstanding approach of the Samoan Courts to constitutional interpretation. For example, in FAST v Attorney General at paragraph 26, the Court states:

This commitment to the constitutional text will be tested, however, in the upcoming challenge to the legality of the parliamentary sitting conducted by FAST on 24 May 2021.

HRPP base their challenge on the text of the Constitution, which sets out the processes for meetings of parliament, including that the Head of State swear in a Speaker, who then swears in each Member of Parliament. The Attorney-General argues that FAST party members had no authority to take on these functions. In response, FAST’s lawyer Taulapapa Brenda Heather-Latu argues that the departures from the constitutional procedures were justified by the doctrine of necessity, under which “the elected Members acting together as the representatives of the people can then resolve to make alternative arrangements to address the refusal of public officials to perform their functions”. In other words, FAST argues that the requirement for parliament to meet and reinstate responsible government takes precedence over compliance with the formal procedural functions of the Head of State, which the Head of State has refused to perform.

Which of those arguments are more convincing? As Fuimaono Dylan Asafo points out, HRPP’s stance cannot rely solely on the constitutional text, because the fact remains that the Head of State and other officials failed to meet their constitutional duty to attend the first meeting of the parliament. Explaining this failure on constitutional grounds will involve justifying departures from and reconciling conflicts within the constitutional text, and in particular the requirement that parliament must meet within 45 days after a general election. One argument, proposed by the Speaker and former Chief Justice, is that until the 10% quota for women’s representation is met through the additional seat, there is no valid “parliament” as defined by the Constitution (an argument which does not account for the Supreme Court’s ruling on the issue and the conduct of previous parliaments which have sat even though election petitions were underway). A second argument, suggested by the Speaker, is that the Head of State’s power to convene Parliament implies the power to suspend it (an argument that fails to address the peremptory and non-discretionary terms of the 45 day rule and the Supreme Court’s ruling on the issue).

The shape of these arguments mean it will not be easy for the Court to resolve the issues on the interpretation of the constitutional text alone. In circumstances not anticipated by the Constitution, the Court will very likely need to balance high constitutional principles, such as representative and responsible government (which requires a parliament), the rule of law (which requires compliance with the constitution and judicial decisions), and the practical need for Samoa to have a government.

The role of institutions in a constitutional crisis

At the time of writing, two Prime Ministers claim a mandate to govern. Parliament has been thwarted from sitting (largely through manoeuvrings of the HRPP) and until it does, it will remain unclear which leader holds the confidence of a majority of the parliament. The Head of State has given no reasons for his decision to suspend the parliamentary sitting or explanation of his failure to attend the meeting on 24 May 2021. The judiciary provides a potential path out of the impasse. That the Attorney-General has sought orders from the court on the legality of the parliamentary sitting is perhaps a positive sign of HRPP’s faith in the judiciary. There are concerns, however, that Tuilaepa’s public attacks on the impartiality of the judges, and officials’ non-compliance with court orders, are laying the groundwork for him to ignore future judicial decisions not in his favour.

This raises the question: who is left to hold political leaders to account and steer a course back to constitutional government if institutions of the state do not or cannot function as they should? In these circumstances, ‘proximate’ constitutional institutions – institutions not established by the Constitution but which nonetheless affect how it functions – assume significance. In other contexts, all eyes would turn to the military, but (fortunately for peace) Samoa has no military. In Samoa, the most important proximate institutions are the churches and custom. Samoa is a Christian state and churches are strong social institutions, and some have directly intervened in the political crisis. However, it may well be custom – the codes and values of the Indigenous Samoan legal system – that comes to the fore. All Samoan families are linked through the matai or chiefly system, interconnections which have helped to maintain peace despite political divisions. All Members of Parliament are matai (chiefly titleholders) and the Head of State and Fiame are both tama-a-aiga who hold paramount titles that command respect. Customary decision making is conducted through oratory and is governed by principles of consensus.

In the strength of its customs, Samoa has both the institutions and the values to chart a way out of constitutional crisis, in its own time and its own way.

Other posts about this region:
Samoa 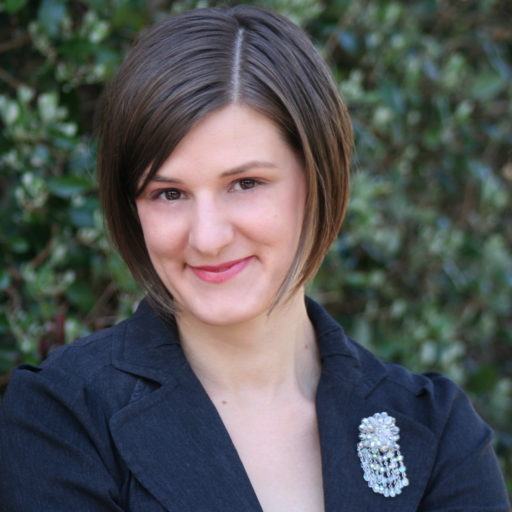 Anna Dziedzic Dr Anna Dziedzic is a Global Academic Fellow at the Faculty of Law of University of Hong Kong and Convenor of the Constitution Transformation Network at Melbourne Law School.

Other posts about this region:
Samoa No Comments Join the discussion
Go to Top