The Myth of a Neoliberal European Private Law

Contribution to an online symposium on Poul F. Kjær (ed), The Law of Political Economy: Transformations in the Function of Law (CUP 2020)

Most of the contributions to the excellent collection of essays central to this symposium, refer to neoliberalism, in some cases quite frequently. None of them defines the concept, nor does any of them defend neoliberalism. The term is used mostly in a (very) critical sense, sometimes even dismissively. This book is far from unique in this respect. Indeed, the term neoliberalism is almost never used by politicians or scholars in order to vindicate a political ideal. Instead, during the past decade it has become a standard feature of left-wing political discourse, not only in academia and political activism, but also in mainstream left-wing politics. It is a term used by us to refer to them and their abominable politics.

This does not necessarily mean that neoliberalism is a strawman. It might still refer to something in reality. Rather than as a political ideal, say, of rediscovered liberty, the term neoliberalism might make some sense perhaps as a reference to a distinct set of economic measures and policies. In alphabetic order, some of the relevant keywords could include: austerity, deregulation, efficiency, experts, globalisation, governance, impact assessments, markets, preferences, privatisation, regulatory competition, and stakeholders. Each of these terms figures also in the book, some of them quite prominently. However, it is not easy to discover even a family resemblance among these concepts, other than that we use them much more often today than three decades ago. Indeed, exactly because these policies and discourses are not underpinned by any distinct value or principle the boundaries of this set of policies are extremely vague. And the label of neoliberalism does not bring us any further.

So, even if neoliberalism is not a strawman set up by the left, nevertheless it seems a bit facile to lump together everything we don’t like under one single label, especially in the context of academic discourse. Indeed, the wisest words in the book in this regard come from Micklitz, who points out that ‘usually, the reference to neoliberalism serves as a substitute for a deeper debate on what exactly neoliberalism might mean.’

The Internal Contradictions of the Neoliberal Paradigm: Libertarianism vs. Utilitarianism

In sum, the label ‘neoliberalism’ doesn’t explain much. It may be useful in describing a set of economic policies, akin to those that used to be referred to as the Washington consensus, at the heart of which is a strong faith in free markets. However, it tells us nothing about the reasons, values, or principles that have been – or might be – offered in support of that economic agenda. It is therefore hardly surprising that it is difficult to find any self-described neoliberals. No one wishes to own the title.

In reality, behind the pro-market agendas we can discover at least two very different political philosophies, which in important respects are each other’s opposite, i.e. libertarianism and utilitarianism. Therefore, rather than presenting neoliberalism as the powerful political enemy to be defeated it might be fruitful, in the best tradition of left-wing critique, to point to the internal contradictions within the very notion of neoliberalism. For neoliberalism as a political paradigm is incoherent.

The core value of libertarianism is the individual freedom to be left alone (negative freedom). There exist many different varieties of libertarianism, from Hayekian to Nozickian and beyond. However, they all have at their core the protection of a pre-political right to individual freedom, understood as non-interference, by strong political institutions. By contrast, the utilitarian ideal is to maximise the overall amount of utility, welfare, or preference satisfaction in a society. Today, welfare economics, and the normative law & economics grounded in it, are the most visible heirs to classical utilitarianism, even though certainly not all utilitarians would accept Kaldor-Hicks efficiency as a standard for utility. Both libertarians and utilitarians claim a central role in society for markets, but could they team up to justify together the range of policies often referred to as neoliberalism? Let’s see.

Hayek is often considered the arch neoliberal. This is what he had to say on welfare economics:

‘The childish attempts to provide a basis for “just” action by measuring the relative utilities or satisfactions of different persons simply cannot be taken seriously. … But most economists begin to see that the whole of the so-called “welfare economics”, which pretends to base its argument on inter-personal comparisons of ascertainable utilities, lacks all scientific foundation. The idea of basing coercive actions by government on such fantasies is clearly an absurdity.’ (Law, legislation and liberty (1979), Vol III, 201-202).

Hayek’s own concern was strictly with the constitution of liberty. Individual liberty, spontaneous order, and the incurable ignorance of government and regulators are libertarian concerns. Foucault reserved the term ‘neoliberal’ strictly for various forms of what I have been calling libertarianism (Naissance de la biopolitique (1978-1979), 80). And this makes sense.

The problem, however, is that neoliberalism in this narrow, more meaningful sense cannot explain many of the policies that are usually denounced as neoliberal. On this view, efficiency thinking, cost-benefit analysis, impact assessments, regulatory competition, and ‘justice for growth’ are not neoliberal policies at all. Indeed, they all are policies and instruments characteristic of welfarist consequentialism.

For neoliberals in a narrow sense, free markets based on individual liberty, understood as freedom as non-interference (negative liberty), are the aim, not a means to any ulterior aim. By contrast, at least since the Lisbon agenda, the internal market has been understood by various EU institutions on various occasions as a means to the end of economic growth, a collectivist aim that may well clash in many respects with negative liberty.

Take the case of unfair terms control, the centre-piece of the European private law acquis. Libertarians categorically reject unfair terms control as intrinsically wrong. They consider it an impermissible interference with the natural right to formal (i.e. non-‘materialised’) freedom of contract, that it is the state’s task to protect rather than to undermine. It also leads, in their view, to an illegitimate redistribution of legitimate earnings from those with better bargaining skills towards weaker parties in contracts. Indeed, the original Commission proposal for the directive had come under severe libertarian attack, e.g. from Brandner & Ulmer who accused the Commission of wanting to introduce ‘the socialist law of contract’.

Welfarist utilitarians, by contrast, could justify unfair terms control, in principle, for instrumental reasons. If a plausible case could be made that the market for standard terms is a lemon market, then they could defend the control of their content as an adequate response to market failure. However, welfarists would have a hard time justifying some core elements in the regime specifically adopted by the EU. Why limit protection to consumers? Worse, why focus on unfairness rather than inefficiency? And what about the exemplary role (Leitbildfunktion) that the CJEU attributes to default rules? In the CJEU’s reading, default rules express the legislature’s view of a fair balance between the rights and obligations of the parties to the contract (see most recently Banca Transilvania, para 26). And it is this fair balance that serves as a benchmark for determining whether a contract term causes a ‘significant imbalance’ in the rights and obligations of the parties under the contract, and must therefore be considered unfair in the sense of Art. 3 Unfair Terms Directive 1993. By contrast, on a welfarist utilitarian reading, the purpose of non-mandatory rules of contract law is to assist contracting parties in saving transaction costs. In order to achieve this result, default rules should mimic what typical parties would agree to in the absence of transaction costs – but crucially not in the absence of unequal bargaining.

In sum, neither libertarian neoliberalism nor utilitarianism welfarism can explain the unfairness control and the Leitbildfunktion that are at the heart of the EU approach to standard terms in contracts (boiler plate), which in turn, as said, is a centre-piece of the acquis. Only a thoroughly ‘materialised’ (i.e. substantive) understanding of freedom and equality can, which in its turn is at the heart of liberal-egalitarianism. In other words, if we wanted to attach a reductionist label to this key element of the European private law acquis then probably the most plausible one would be liberal-egalitarianism, as political philosophers call it, or social democracy, as we used to say in European politics.

Very much the same applies to other core elements of the acquis. Take the withdrawal rights in consumer contracts. These directly undermine the sanctity of contract, which makes them unacceptable for libertarians, especially for transfer theorists who believe that contractual consent already transfers a property-like entitlement. Utilitarians would be able to make some sense of withdrawal rights, if only consumers could opt-out of them ex ante, e.g. when they prefer a lower price over an insurance against disappointment – except of course that pursuant to the Consumer Rights Directive 2011, consumers cannot waive their withdrawal rights ex ante. And to give one more example, outside consumer law this time, the 2019 directive on unfair trading practices in business-to-business relationships in the agricultural and food supply chain would leave libertarians and welfarist utilitarians equally worried about the future of freedom of contract in the internal market. At the same time, however, the directive makes perfect sense from the perspectives of various other political philosophies, including the liberal-egalitarian (substantive equality), communitarian (solidarity) and civic republican (freedom as non-domination) concerns with the protection of weaker parties.

In sum, libertarians would reject the private law acquis lock stock and barrel, while welfarist utilitarians could support at most selected elements of it. At the same time, liberal-egalitarians, communitarians and civic republicans might support a great deal of it. In other words, it would make sense for various branches of the European left to vindicate much of the private law acquis rather than to reject it as neoliberal.

Domination by Paradigm: Background Understandings in a Pluralist Society

Taking one step back, the question arises whether it makes any sense at all to formulate one single background understanding as paradigmatic for an era, as seems to be the assumption underlying in the theme of our symposium, i.e. ‘What Comes after Neoliberalism?’.

There is a venerable tradition, going back to Hegel’s Sittlichkeit (ethical life) and in more recent times Taylor’s social imaginaries, of formulating a background understanding for a society in a certain time and place. Specifically for private law, the idea of latent background knowledge has been applied, diachronically, by Habermas (paradigms of law: liberal, social welfare, procedural) and Kennedy (globalisations of legal thought: classical legal thought, the social, and policy analysis/balancing), trying to catch the spirit of an age in one single legal paradigm. In this book, Bartl similarly presents the transformations of private law in Europe over the past two centuries as successive responses to what she calls socio-economic imaginaries.

However, in pluralist societies like our own, it seems highly problematic, both descriptively and normatively, to reduce the points of view of so many different persons to one single background understanding. Legal paradigms are essentially monistic, at least internally, and hegemonistic, at least in their aspiration. The question arises whether in a pluralist society democratic deliberation, that should involve the views of all citizens, including those at the periphery, ever could yield such a monolithic picture of – in this case – private law. If not, this would seem to suggest that such a paradigm could only be (super)imposed on them, be it merely in a descriptive manner or also normatively. In either case, it seems, this would amount to an act of oppression. And this would be no less the case – quite the contrary – if the background understanding was said to represent the ‘dominant’ view. 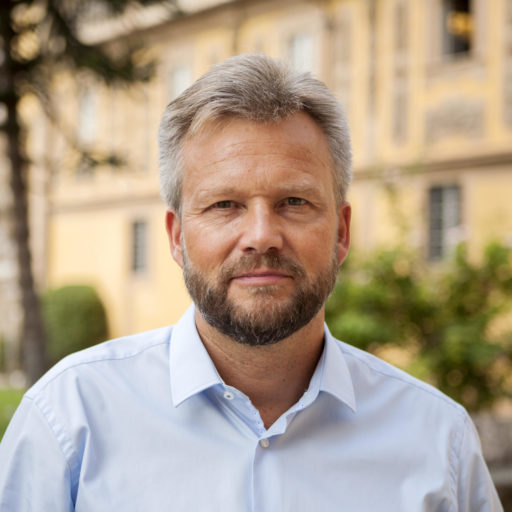