The Covid-19 Measures in Madrid, and why they Suffered Defeat in Court

The Covid-19 situation in Madrid, as in many other places all over the country, is getting worse. The number of people infected continue to rise just like the hospital occupancy rate. In a political context marked by permanent confrontation between the regional and national governments, ruled by different political parties, the Madrid Court of Justice (Madrid TSJ) has added fuel to the fire by quashing the ‘perimeter closure’ for Madrid  (Court Order 128/2020, 8th October). Other than one might think, this was not a decision about the substance of the Order but rather about its lack of legal authorization to impose a measure so restrictive of fundamental rights, particularly, the freedom of movement.

Madrid adopted such Order not unilaterally but in execution of a Ministerial Order of the National Health Department which declared jointly actions between the State and the Autonomous Communities. It established some health standards for those that comply them to adopt certain measures in relation to the Covid-19 pandemic, foremost the ‘perimeter closure’ of certain municipalities (limitation of entry and exit, save exceptions). However, that Ministerial Order did not have direct effects on citizens; it was only binding for the Autonomous Communities which should implement it within 48 hours. That is what Madrid reluctantly did.

However, the matter did not reach the Madrid TSJ by an appeal of an individual citizen. Since a short while ago, measures adopted by regional health authorities which affect fundamental rights of subjects who are not individually identified (such as the perimeter closure) must be ratified by regional courts. This is what the Madrid TSJ did not do. In the view of the ruling, the fault of the Madrid Order was that it did not expressly refer to a material enabling law which authorizes regional health authorities to adopt  restrictive measures of fundamental rights (particularly on the freedom of movement). The focus of the court was not on whether or not the measures were proportional, but whether there was a legal authorization.

In that regard, the TSJ noted that the measures were exclusively adopted on the legal basis of art. 65 Ley 16/2003: this is the only law expressly mentioned in the Order. That article details the cases in which the national and regional authorities act jointly in health issues. That provision, the TSJ stressed, does not allow the limitation of fundamental rights in the context of such cooperation, which why the perimetral closure, being restrictive of fundamental rights and lacking legal qualification, was not ratified.

In fact, even if it is not expressly stated in the Madrid Order, the material legal basis for imposing restrictive measures on fundamental rights was another legal provision (art. 3 Ley Orgánica 3/1986, de 14 de abril, de Medidas Especiales en Materia de Salud Pública). It enables the health authority ‘to take appropriate measures for the control of the sick persons, or those who have been in contact with them, and the immediate environment, as well as those measures deemed necessary in the event of a communicable risk’. The Order, however, did not expressly refer to that norm, which led the TSJ to not take it into account as the enabling law to impose the perimeter closure of municipalities. The court instead focused on the invoked art. 65 Ley 16/2003 which dealt with competence issues rather than substantive ones. This has been criticized for being too formalist, for disregarding the iura novit curia principle and for mistaking a law regulating inter-administrative relations for the substantive basis for imposing material limitations on fundamental rights, which was the LO 3/1986, even if it was not expressly cited in the Madrid Order.

Too lax, not too strict?

What would the situation be if Madrid Order had invoked that substantial enabling law? The TSJ implicitly admits that, had art.3 LO 3/1986 been expressly cited, Madrid Order would have been valid, since that provision would act as the legal authorization. In fact, identical or very similar measures have been adopted and ratified all over the country. For example, in the same city of Madrid, the lockdown of certain neighborhoods (Order 1226/2020, 25st September) was ratified by the TSJ the week before (Court Order 116/2020, 24st September), considering that the enabling law was the aforementioned art.3 LO 3/1986. The same has happened with measures adopted by other Autonomous Communities in execution of the aforementioned Ministerial Order, since the material legal authorization is the same (art.3 LO 3/1986). For example, the Castilla y León TSJ ratified Orders 1045/2020, 1046/2020, 1047/2020, which closed, respectively, the municipalities of León, Palencia and San Andrés del Rabanedo (Court Order 245/2020, 9th October). The TSJ has considered that there was sufficient legal qualification, even if the law has not been expressly invoked in this case either (as it happened in Madrid).

Although this is currently the predominant view in the regional Courts, the problem is: Can restrictive measures of fundamental rights with general scope be imposed on the basis of ordinary health legislation (particularly art.3 LO 3/1986) at all? I think the answer is no. To my mind, that law allows to adopt restrictive measures of fundamental rights concerning specific persons or groups of people (individualized). The ‘perimeter closure’, since it affects an indeterminate collective of individuals, does not fit well into that category. This is, in fact, why the Aragón TSJ has very recently stated that the perimeter closure of some municipalities of that region, also based in the art.3 LO 3/1986, fails to have a valid legal authorization (Court Order 89/2020, 10th October). So far it has been the only TSJ which has supported that interpretation. Although it is not the current judicial trend, I consider that general scope measures restrictive of fundamental rights adopted by different health authorities (like perimeter closures) should not be ratified by courts. They are all based in a legal provision (expressly cited or not) which allows to impose specific measures regarding identified subjects, not serving thus as a valid legal authorization.

In any case, even though there is a heated academic discussion on this subject, it appears likely that the most appropriate instrument for establishing a widespread limitation of fundamental rights is the state of alarm (art.116 SC), provided for ‘health crises such as epidemics’ (Art.4a Ley Orgánica 4/1981, de 1 de junio, de los estados de alarma, excepción y sitio). Among other things, it allows to ‘limit the movement or permanence of persons or vehicles at certain times and places, or to condition them on compliance with certain requirements’ (Art.11a). It is the Government who initially declares this state of alarm, but its extension, after 15 days, requires the authorization of the Congress (art.116.2 SC). This compels the former to agree and seek parliamentary support in order to keep it alive. In addition, the decree of the state of alarm should determine the territorial scope of its application (which does not have to be the entire national territory) and the measures to be taken (which also do not have to be the same in all places), which allows to decentralize the legal response and tailor it to the particular needs of different territorial areas.

Judicial review is possible in the state of alarm in two ways: On the one hand, the decree of its declaration can be appealed before the Constitutional Court (Judgement 83/2016, 28st April). This centralizes the judicial control over the measures, as it should no longer be up to each TSJ to rule on whether or not they can be adopted. On the other hand, the acts and provisions adopted by the Administration during the state of alarm may be appealed before the administrative courts (art.3.1. LO 4/1981), for instance, Ministerial Orders issued on nursing homes, transport, etc., or sanctions imposed for non-compliance with the measures. The Administration’s activity, therefore, is subject to judicial review from the time the decree of state of alarm is issued. If this solution was desirable from the outset, the Court Order of Madrid TSJ rejecting the ratification of the perimetral closure has speeded up its declaration in some municipalities of that region on the 9th October. 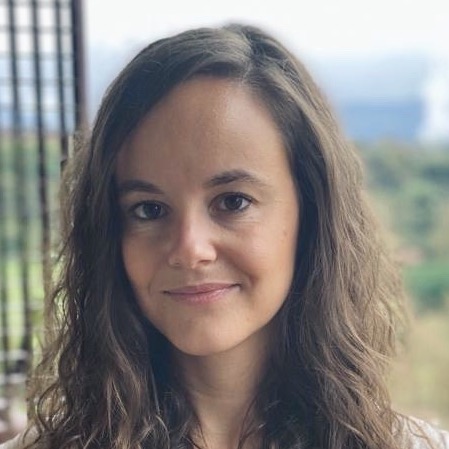 Other posts about this region:
Spanien 1 comment Join the discussion
Go to Top