The Panama papers is a treasure trove of information on the activities and clientele of a large, but not atypical, legal firm operating in an offshore financial centre or the tax haven of Panama. It follows a series of spectacular leaks by the International Consortium of Investigative Journalists that included the Liechtenstein leak, HSBC, the Lux-leaks and now the Panama papers. What have we learned from this latest leak so far?

First, although these are early days and it will take some time to learn these paper in depth, I have not come across any information on any new or unfamiliar techniques of tax avoidance, evasion and money laundering. Everything that has been revealed so far: the use of offshore entities, nominee directors, accounting firms and legal firms and the like, is depressingly familiar.

Second, like most commenters, I am least surprised to learn about the profile of your typical Mossack Fonseca client. These are the members of the global trotting elites: politicians, top echelon lawyers and accountant from a vast number of countries, some businessmen, many more in the business of finance. In a book written by Richard Murphy, Christian Chavagneux and myself and titled „Tax havens„, we added the sub-title: ‘How Globalization Really Works’. We are argued that tax havens are now a central component of the way business and in particular international business is conducted. The Panama papers are just another set of evidence that tax havens are an integral component to the life of modern business.

Third, I believe, but I have no proof, that Mossack Fonseca is not necessarily worse, or better, than your typical legal firm specialising in offshore activities. If we have learned anything from the sum total of the various disclosure and leaks of the activities in the offshore economy, then it is that the accountancy and legal firms are key players in perpetrating abuse on a very large scale. Will this legal firm be subject to penalties, taken to Court? Very, very unlikely. The most likely scenario is that governments around the world will turn yet again to the large accounting firms and top legal firms, the perpetrators, for advice on the fight against tax and financial abuse. The advisors can then sell their expertise in tax planning to wealthy clients – after all, they know the law best, they more or less wrote it!

Fourth, in contrast, the person who is likely to suffer most from the leak is the originator of the leak, the whistle-blower. Their life – if they are identified – will be hell; members of our global trotting elites will make sure of that. They are as likely to suffer from Putin’s henchmen as from the Courts of one of the leading and supposedly fair nations such as Sweden or the UK. Yes, some clients may pay a price – as they should, in some countries. The UK may prove again more reluctant to pursue these leads and may be more tolerant towards the abuse. I would not be surprised to learn that Mossack Fonseca has already made arrangements and took insurance against the loss of ‘goodwill’ they may suffer because of these leaks. Such firms habitually take such precaution.

Sixth, and to end on a positive note: these leaks have a cumulative effect on the public that cannot be easily predicted. It may fuel a complete and utter disgust with the establishment, and the rise of either right wing populist politics à la Trump, or left wing social democratic response of Corbyn and Sanders. The perpetrators may get off slightly, as has been the experience so far with the other leaks, but the impact on society may be far reaching. 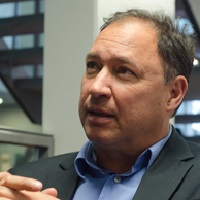 Ronen Palan Ronen Palan is a Professor of International Politics at the City University of London.

1 comment Join the discussion
to receive information about new articles and services of Verfassungsblog.de. I know that I may withdraw my consent at any time. More information in the privacy policy.
Verfassungsblog complies with the new GDPR.
Read about it in our Privacy Policy. I opt-out
permanently of anonymized tracking via Google Analytics on Verfasssungsblog.de. This will create a cookie on your device to save your decision.
Go to Top