The People vs The President

Sri Lankan president Gotabhaya Rajapaksa finally resigned on 14 July 2022. The Speaker of the Sri Lankan Parliament confirmed the resignation on 15 July 2022. This is a tremendous victory for the people who have asserted their sovereignty through their daily activism.

The position of the executive presidency created by the 1978 Constitution of Sri Lanka doesn’t have many rivals among democracies in the manner it concentrates power in a single individual. The Constitution of 1978 provides the president with immense executive powers to lead the Cabinet of Ministers and the public service as well as the military as the commander-in-chief of the armed forces. The president also enjoys ceremonial powers as the head of the state to summon, prorogue and dissolve the parliament, which the presidents have used for their political advantage. These legal powers are supplemented by a powerful immunity clause (with the only exception that makes him amenable to the fundamental rights jurisdiction) and an extremely cumbersome impeachment process. Thus, holding the president accountable through the country’s judicial and political process is almost impossible.

In 2019, Gotabhaya Rajapaksa was elected to ensure the security and prosperity of the country. By 2022, the gap between the people’s mandate and presidential actions could not be clearer. Since early 2022 Sri Lanka was facing a dollar crisis due to severe economic mismanagement and the dollar crisis led to fuel shortages, medicine shortages and shortages in many other exported goods. However, because the Sri Lankan Constitution’s text failed to provide the legal means to restrain the president’s powers through accountability to the parliament, people had to resort to individual and collective actions to compel the president to resign.  The people’s struggle built itself from the localized protests to a national level protest movement. I will trace how the protest movement gained momentum to explode into three climaxes that finally compelled Gotabhaya to relinquish his position. I have chosen to trace the protest movement in this way to highlight how the individual as well as collective actions converged and peaked to exert concerted pressure to crumble the political regime of Rajapaksas in stages. I will explain how the protest trajectory exposed the weakness of the current constitutional text to uphold constitutionalism – to restrain the exercise of presidential powers in the public interest- thus giving rise to a constitutional moment.

People’s protests started in a decentralized manner since 2021 against specific detrimental policies of the government such as the chemical fertilizer ban. These protests exploded into a national level protest movement in March 31, 2022 with the protestors gathering in front of the president’s private residence in suburbs of Colombo in spite of police barricades, water cannons and tear gas. The protestors’ demand was for president Gotabhaya Rajapaksa to take responsibility for the economic crisis. This is the first climax of the people’s movement. By then the country had already suffered months of daily power cuts and price hikes of essential goods that severely impacted people’s lives. Starting from April, protestors established a protest village titled ‘Gotagogama’ (Gota-go-village) in front of the presidential secretariat, with branches across the island as well as abroad. This establishment of a long-term protest infrastructure proved critical to sustain the protest movement through the calamities of the months to come.

The protests and the protest villages in Sri Lanka are special for two reasons. Firstly, in terms of representation, the protest movement included different ethnicities, religions, language communities, genders, classes, castes, disabilities, political opinions and ideologies. Secondly, these people constructed an opportunity through the protests to educate themselves about the role of active citizens in a constitutional democracy and reflect upon their entrenched biases. As I have argued earlier, especially the majority Sinhala Buddhists received an opportunity to question how Rajapaksas spawned ethnonationalism for their political benefit. Through these spaces emerged recognition for the need of a ‘system change’ to revive Sri Lanka’s constitutional democracy, going beyond individual resignations. In response to these calls of the people, political parties came up with several versions of a 21st Amendment to the Constitution to limit the powers of the executive president and to re-strengthen the independence of the fourth branch institutions. The most overarching version proposed by Samagi Jana Balawegaya suggested the abolition of the executive powers of the president.

May 9 – the second climax

In response to these continuing social and political pressures, the former Prime Minister, Mahinda Rajapaksa, stated that he will resign on 9 May 2022. However, instead of doing so immediately he gathered his provincial and local authority level supporters to the prime ministerial residence, the “Temple Trees”, in a final attempt to display the support he had. These supporters thereafter proceeded to attack the peaceful protestors in front of the Temple Trees and the Galle Face Sea front (within walking distance from the Temple Trees). This attack on the peaceful protestors led to an unexpected response from the people living or working in Colombo city at that moment. In a matter of hours, Rajapaksa supporters were captured by people in Colombo’s streets and they were made to confess under what enticements they came to Temple Trees. By the end of the day unidentified groups also burnt residences of key politicians involved in the attack including Rajapaksa’s ancestral house in the South of Sri Lanka. Mahinda ultimately resigned by the end of the day.

Virtually all the trade unions of the country went on strike in the following two days. Opposition parties reiterated the people’s demand for Gotabhaya to resign before they would form an alternative government. However, Ranil Wickremasinghe, the sole candidate from the United National Party of the opposition, took on the premiership while Gotabhaya remained at the helm. Wickremasinghe’s political experience and international reputation, in spite of his evident greed for power, made people momentarily hopeful that he might become the lesser evil in the dire circumstances.

Yet, the economic crisis only worsened thereafter as Sri Lanka exhausted the Indian credit facility for fuel. Meanwhile, Sri Lanka also sought the International Monetary Fund’s assistance while defaulting on its foreign debt payments. No meaningful political and constitutional reforms were in sight as the members of Sri Lanka Podu Jana Peramuna, the majority political party in Sri Lankan parliament led by Rajapaksas, did not support the reforms limiting the powers of the executive president.

The protestors finally stormed the presidential secretariat on 9 July 2022. Protestors also simultaneously breached the president and prime minister’s official residences. Massive crowds gathered to Colombo on this day despite fuel shortages that hindered private transportation and halting of public transport to weaken public mobilization. People marched through Colombo streets with fiery determination. Signature songs of patriotism and wit followed only later, this time protestors taking turns to play the piano at the Temple Trees. In response to this remarkable show of collective determination, Gotabhaya claimed that he will resign on July 13th. Through this he bought time to flee the country making use of the national immunity accorded to him by the Sri Lankan Constitution. According Article 35 of the Constitution the president enjoys immunity except in fundamental rights petitions, presidential election petitions, impeachment proceedings and actions taken by him in the capacity of a minister. Even fundamental rights petitions against the president are to be filed against the Attorney-General. Therefore, the people could not plead the courts to restrict the president’s travels. Gotabhaya further exploited his powers as the commander-in-chief of the armed forces to arrange an air force flight to flee to Maldives.  With  the international immunity available to him as an incumbent head of a state Gotabhaya was guaranteed international protection while he remained in office. After several foiled attempts Gotabhaya managed to escape Sri Lanka during the early hours of July 13th. Instead of resigning, he appointed Wickremasinghe as the acting president a few hours later. Wickremasinghe imposed a curfew (a power vested solely with the president according to the Public Security Ordinance) even before his appointment as acting president was finalized.  This action signaled to the people that their demand for a systemic transformation would require more hard labour.

Seizing the constitutional moment: the next step for system change

These events show that Sri Lanka’s current constitution can be exploited by a president to escape the country to avoid accountability. Despite all the persistent demands, the people and the country remained in limbo since July 9th for the president to submit the letter of resignation while he flew off to a safe location. Therefore, nothing is clearer than the fact that Sri Lanka has a constitutional text that prioritizes president’s interest over the public interest. While the president could make use of numerous constitutional provisions to remain in office despite intense public discontent, other branches of the state and the people did not have the mechanisms to hold the president accountable. But, a constitution that upholds constitutionalism must prioritize people’s interest.

People have shown remarkable restraint in maintaining the peacefulness of protests, even when the situation of the country has made people desperate and weary. However, the people were frustrated again and again by the sheer lack of constitutional means to compel the president who they elected to listen to their mandate. In creating a powerful executive presidency to usher rapid economic development, the Sri Lankan Constitution 1978 compromises the principle of constitutionalism whereby the political powers of the executive president are subject to robust legal limits. This inadequacy of the constitutional text is staring Sri Lankan people in their faces right now. Recognizing this as a constitutional moment to introduce legal-political reforms is imperative to respond to the worst economic crisis the country has faced since independence and to engage with the diverse range of protestors within a constitutional-political framework.  However, what the political actors will make of this moment remains to be seen. 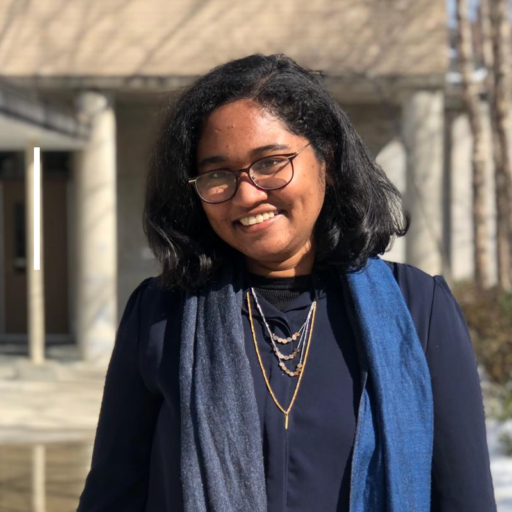 Binendri Perera Binendri Perera is a Lecturer (Probationary) attached to the Department of Public & International Law of the University of Colombo and a Visiting Lecturer for Constitutional Law at Sri Lanka Law College.