The State of Emergency, Non-Refoulement and the Turkish Constitutional Court

There is almost not a day that passes without terrorism featuring in the Turkish media, with national terrorism and the fight against terrorism being the subject of controversy both nationally and internationally. The broad definition of terrorism under Turkey’s Anti-Terrorism Law of 1991, the measure of discretion of the competent authorities in the modality of the fight against terrorism and the impact this has (had) on democratic freedoms is presumably well-known to the readers of this blog. To name but one recent incident: the judgment of a lower Istanbul court sentencing journalists to prison for their involvement in terrorist organizations, despite the Turkish Constitutional Court ruling two months earlier in their case that news stories and columns cannot be used as evidence of a crime sent out shockwaves that will be felt in the times to come.

However, this contribution does not focus on the role the Turkish Constitutional Court plays in protecting the constitutional rights of Turkish citizens, but instead of its paramount role in making sure that Turkish migration authorities comply with the fundamental principle of non-refoulement when taking decisions regarding the deportation of foreigners suspected of ties with terrorist organizations or terrorist activities. As we will see, Turkey’s involvement in external EU migration management has added an extra dimension to the role of the Constitutional Court.

With the start of the civil war in Syria in 2011 and persisting unrest in the larger region, Turkey has seen the numbers of foreigners within its borders skyrocketing. Since 2014, the basic rights of all foreigners in Turkey, including those enjoying international or temporary protection, are regulated in a modern law that was moulded in accordance with international and European standards. At present, Turkey hosts the largest population of displaced persons in the world, with the numbers of Syrians under the Temporary Protection regime alone being estimated at 3.5 million. Even though the Temporary Protection regime is much less substantial than that pertaining to (subsidiary) refugees and effectively below European standards, the relevant Turkish legislation confirms among other things the right of access to basic public services and the prohibition of refoulement, so as to grant those under temporary protection relative security until it is safe for them to go home.

However, on 15 July 2016 Turkey was the scene of a failed coup d’état. As a result, the country has been in the state of emergency ever since 21 July 2016. The state of emergency has led to the normal legislative procedure being almost completely replaced by legislation through presidential decrees.  These presidential decrees, adopted by the Turkish Council of Ministers chaired by the President, can regulate or amend any area of law, and can according to Article 91 of the Turkish Constitution also limit the political rights and duties as protected in the Fourth Chapter of the Constitution. They can therefore also amend the rights of those that have come to Turkey in search of (international) protection. ‘Normal’ democratic and constitutional checks on the legislative process and the products thereof are at present minimal, as is analysed in more detail below.

Presidential Decree No. 676, published on 29 October 2016, resulted among many other (unrelated) things in amendments to Articles 53 and 54 of the Turkish Law on Foreigners and International Protection (LFIP), which regulate removal and removal decisions. As a result of these amendments, applicants for and even beneficiaries of (international) protection under the LFIP that are suspected to be leaders, members or supporters of a terrorist organisation or a benefit oriented criminal organisation, or those who pose a threat to the public order, the public safety or public health, or those who are suspected to be connected to internationally recognized terrorist organizations, can be issued with a directly executable administrative removal decision. These amendments were presented by the Turkish government as part of its fight against (international) terrorism and not with the aim of refouling refugees without giving them the chance to apply for international protection. However, it is clear that, even leaving aside the problematic issue of the interpretation of broad terms such as terrorism and public safety under Turkish law, this presidential decree opens the way for infringements of international refugee law in a number of ways.

First of all, the amendment clearly provides that in such cases a removal decision may be issued in any stage of the process of application for international protection – and therefore, it is possible that the decision may be even taken when a person has not even crossed the border into Turkey thus denying him/her access to Turkey, or has only just crossed that border. Second, though appeal against this administrative decision to a judge is possible, the suspensive effect of such an appeal was lifted by the presidential decree in these cases. Furthermore, another presidential decree (No. 668) was adopted which provides that during the state of emergency, administrative and judicial decisions based on presidential decrees may not be suspended by and during appeal against the decision.

The Role of the Constitutional Court in Refugee Protection

Though an individual application to the Constitutional Court is open to anyone in Turkey, including foreigners, this procedure is known to only a handful of lawyers in Turkey and unknown to the refugee population. Unfortunately, therefore, far less of these applications are made than can be expected. In most cases, deportation of foreigners (including those under international or national protection) can therefore be effected without recourse to a judge.  However, in those cases in which applications were filed by refugees facing the risk of deportation to a country in which their lives and physical integrity would be in danger, the individual application to the Constitutional Court has consistently been in line with the relevant provisions of international law, prohibiting return to an unsafe country. The administration has, in these cases, consistently adhered to the rulings of the Constitutional Court. The role of the Constitutional Court in refugee protection in Turkey is therefore presently of paramount importance.

Recent political developments in Turkey, in particular the enduring state of emergency, have considerably enhanced the risk of refoulement of asylum seekers and individuals under international or national protection. Especially Presidential Decrees that have significantly lowered the burden of proof on the administration for the deportation of foreigners that are suspected of terrorist activities or activities that are otherwise a danger to the public order – notwithstanding the fact that countries of origin or transit are decidedly unsafe –  raise concerns regarding the ‘safety’ of Turkey as refuge for displaced persons.

In cases in which the administration has decided on deportation of a foreigner to an unsafe country, only recourse to the Constitutional Court by way of an individual application, based on non-refoulement to which Turkey is obliged because of binding international law, can – and will – stall this deportation. Thus, in this regard, the Constitutional Court fulfils its role as the last line of defence, even for foreigners and even under the current emergency regime. However, unless more of those who are in need of this protection get to know about this legal pathway and how to tread it, it will not be able to fulfil its potential. 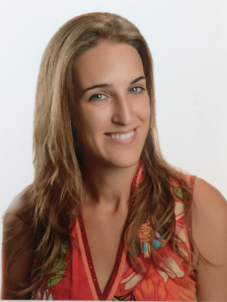