The ‘Sunk Costs’ of Local Citizenship

Urban Citizenship before the French Revolution

The urban citizenship discussed in this Forum is not at all new in the Western world; it has a history of at least a thousand years, and when we include Ancient Athens, even much more. This history is relevant because it suggests the scope, as well as the limitations of such alternatives. One such limitation also applies to the modern world: local citizenship was primarily an urban institution (compare Lenard’s and Hase’s contributions). Another was the potential for exclusionary policies, which affected migrants in general, religious minorities, and Jews in particular.

However, the institutions and practices of local citizenship in medieval and early modern Europe also gave broad groups in society an active say in how their societies operated. They therefore offer an ideal environment to explore various dimensions of urban citizenship, which I have recently surveyed in Citizens without Nations (Prak, 2018). In this book, I argue that local citizenship was disowned by the French revolutionaries of the late 18th century for quite obvious reasons: they wanted to discredit the regime of their predecessors and build a strong central state. For that purpose, what they branded as ‘feudal’ institutions had to make way (see also Rosanvallon 2004). However, when we look at both the formal and the practical performance of urban citizenship, as it emerges from countless local histories of medieval and early modern European towns and cities, its record does not look so bleak.

In the order of fifty per cent of pre-modern households had formal citizens status, but even those who were mere inhabitants had access to a range of rights and services. In many European towns, citizens had either the right to vote in local elections or they were consulted, be it in open meetings (very common in Spain: Herzog, 2003) or through their representatives in so-called broad councils. Citizens also regularly used petitions and oral means to communicate their wishes to the authorities. Next to these political channels, guilds and civic militias proved to be vehicles for citizen agency. Local welfare systems were sustained in most places with large voluntary contributions.

Much of this local network of civic institutions was demolished on the continent in the wake of the French Revolution and Napoleon’s occupation of Europe. For the first century after 1789, however, the national citizenship model that replaced this urban citizenship was much less ‘democratic’ than its predecessor. Local civic institutions had been abolished, very little was created in their places; the ‘democratic’ elections of the 19th century were restricted to a small class of wealthy men. National citizenship thus cannot be the natural end-point of the historical development of citizenship in Europe, but is a stage in that process. The book ends with the recommendation to seriously consider a revival of urban citizenship in Europe, within the sort of three-tiered model proposed by Rainer Bauböck – not as a substitute for national (or European) citizenship, but as a complementary element, to tie in the local level of governance.

The Established and the Newcomers

I welcome the contributions of this Forum that look in a similar direction. However, we may be too easy on ourselves if we keep seeing this as primarily a question of ‘rights’. It seems to me that this overlooks a dimension that I did not discuss in these terms in my book, but that strikes me as fundamental for many opponents of migration and expanding the rights of migrants, which is an important aspect of local citizenship. Ultimately, I think, this is not even only an issue for migration but has implications for the entire conception of (local) citizenship. For want of a better term, I call it the ‘sunk costs of citizenship’ (see also Isin and Lefebvre, 2005). I would claim this is especially relevant for local citizenship where such costs are most directly visible.

‘Sunk costs’ are defined by economists as the expenses that have to be made before any production starts and that cannot be recovered directly by a future strategy. These include the buildings and equipment, but also the technical knowledge that has been accumulated beforehand. Although technically sunk costs are a write-off, in practice people tend to be strongly attached to these investments and take decisions guided by the hope to recover as much as possible of the expenditure (see Kahneman 2011, ch. 27, about the ‘endowment effect’). In the case of social funds, this is very strongly the case because stakeholders have claims on a limited amount of money. Expanding the number of claimants is likely to reduce each claimant’s share in the proceeds. Let me give an historical example.

In 1650 the city of Amsterdam increased its citizenship dues from 40 to 50 guilders. Until 1624 these dues had been set at a mere eight guilders (Prak, 1995). The new level, therefore, represented a significant increase, but also a significant absolute amount of money, if we take into account that an average daily wage would have been in the order of one guilder at the time. Surely, Amsterdam wanted to stem the flow of migrants into what had become the world’s economic capital. This is how the move was long interpreted, but that interpretation is undercut by the fact that other policies suggest that Amsterdam was in fact keen to welcome the immigrants it needed to get all the work done for its booming economy (Kuijpers, 2005: ch. 3 and Conclusion). The town governors used the extra revenue to support several welfare institutions, including the Civic Orphanage (Burgerweeshuis). This orphanage received children whose deceased parents had possessed formal citizenship status and had passed this status on to their children. The children who came to the Civic Orphanage were fed very well and received an education and skills training that prepared them for a middle-class future. This was in marked contrast with the other Amsterdam orphanage, where the food was poor and monotonous, and the education minimal. The children in this so-called Almoners’ Orphanage (Aalmoezeniersweeshuis) were sent out to work or deported to the Dutch colonies in the East-Indies at an early age. Their future was one of proletarian jobs and poverty (McCants, 1997).

The Amsterdam Civic Orphanage, a welfare institution directly connected with local citizenship, was funded from several sources: citizenship dues, voluntary contributions from Amsterdam citizens, even wages earned by the orphans. However, the single most important source was the income generated by the capital assets owned by the institution, such as government bonds and – especially – real estate. These assets were the fruit of centuries of slow accumulation from citizens’ gifts and legacies, as well as careful management. Their total value in 1668 was around half a million guilders (McCants, 1997: ch. 7). In today’s terms, multiply by 100, therefore this amounts to 50 million euros. Such huge endowments were very common. The public welfare scheme in the city of ’s-Hertogenbosch, or Bois-le-Duc, in the southern part of the Dutch Republic, was entirely funded by an endowment consisting mostly of farms located in the city’s hinterland (Prak, 1994). In other places, welfare schemes were heavily dependent on voluntary contributions from the local population (Prak, 2018: ch. 4).

If we take the idea of ‘social capital’ seriously, we might add still another ‘citizenship investment fund’ in all the organisations that are usually included under the term ‘civil society’ (Putnam, 1993: ch. 6). In medieval and early modern Europe, every town or city had dozens and sometimes hundreds of such organisations, all essentially operating with volunteer work. Members of the boards of craft guilds, hospitals, neighbourhoods, and even town councils, might be rewarded with an annual meal, or free drinks during their meetings, but otherwise remained unpaid. No wonder we hear that people complained when they were called up for another such job. These complaints serve as a reminder that social institutions do not run by themselves; they require investments of time and often also money. Some clubs therefore demand, next to annual dues, an up-front payment from new members, who thus buy into the accumulated social and physical capital of the club. One might consider the 50 guilder citizenship dues in 17th-century Amsterdam as precisely serving this purpose.

Local communities can be considered as clubs with a wealth of social and physical capital. The ‘established’ are justified to see their own membership as a long-term commitment. But what about migrants and other newcomers? A debate has emerged in recent years about ‘welfare chauvinism’ (e.g. Mewes and Mau 2012). On the one hand, research on varying attitudes towards migrants among settled citizens demonstrates that levels of unemployment do not shape such attitudes. In other words, this is not a competition about scarce resources as such. On the other hand, opinions towards immigrants, i.e. new member of the ‘club’, are shaped by the type of distribution – liberal and conservative welfare regimes based on individual needs produce stronger sentiments against newcomers than a social-democratic, i.e. solidarity-based, welfare regime (Waal, Koster and Oorschot, 2013: 175-76). This might be interpreted as a sign that in the latter system established citizens have less reason for anxiety that generosity towards migrants might decrease their own access to welfare.

My proposal for an economic approach might be considered as a sophisticated (or crude, depending on one’s views) defence of exclusionary policies. My aim, however, is to make us think about these issues in a novel way – a way that is open to policy interventions. This is especially important when we advocate new forms of citizenship. When citizenship remains framed as ‘identity’, sometimes through the intermediate stage of ‘community’, this tends to leave us with very few policy opportunities. Whether we like it or not, identity and community are usually considered to be private cultural values and therefore given. As scholars, we can explain them as ‘constructed’, but that argument fails to persuade the majority of people outside the academic world. Framing citizenship as a question of ‘rights’ suggests that this is a moral issue. It is, but more is at stake. Reframing the problem in economic terms, as I propose here, could open up the issue of local citizenship to a conversation about ownership and access, including the compensation that the established feel they are entitled to from the new members of their community. 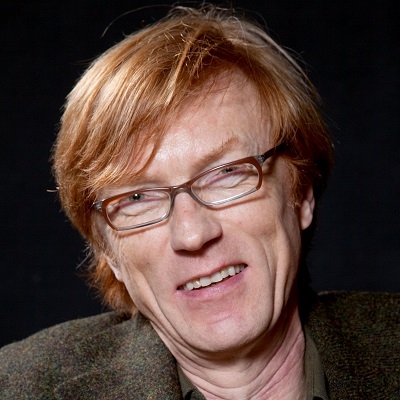 Maarten Prak Maarten Prak is Professor of Social and Economic History at the Department of History and Art History, Utrecht University.