Think Twice before Speaking of Constitutional Review in Turkey

Turkey has never been governed by the rule of law. This simple fact, long known to political dissidents, members of ethnic and religious minorities, and progressive legal scholars in Turkey, has finally started to be publicly acknowledged by the international community. But, this acknowledgment comes too little, too late.

Let’s start with the whirlwind of incidents of the past week. First the good news: German journalist Deniz Yücel has been freed from the Turkish prison he was held captive for a year– the first ten months of which he spent in solitary confinement. His release on February 16th came after intensive diplomatic negotiations between Berlin and Ankara. German Foreign Minister Sigmar Gabriel has reportedly secretly travelled twice to personally meet with the Turkish President Recep Tayyip Erdoğan. We do not yet know the price tag that Erdoğan might have attached to Yücel’s freedom.

Yücel’s release, in and of itself, proves how the Turkish judiciary operates at the behest of the government in high profile political trials. In a remarkable instance of judicial theatre, one day after Turkish Prime Minister Binali Yıldırım’s visit to Berlin where he expressed his belief that there would soon be a “development” in Yücel’s case, the judiciary remembered the German journalist effectively held hostage in a jail. The following happened on the same day: the prosecutor finally unveiled his indictment and announced the formal charges against Yücel (“making propaganda for a terrorist organization” and “inciting people to hatred and hostility”); the court expeditiously accepted these formal charges; and yet the judge (the same judge) ordered Yücel’s release without even holding a hearing. Neither the prison term asked by the prosecutor (up to 18 years) nor the certainty that Yücel would return to Germany after his release (‘flight risk’?) mattered. Contrary to judicial practice in similar cases, the court did not issue an international travel ban, allowing Yücel to be immediately jetted off to Germany. And thus another German national was whisked away from Turkish prisons by the behind-the-scenes efforts of his government.

That the partial undoing of an unjust judicial decision had nothing to do with human rights, and everything to do with “diplomacy” – as Gabriel admitted – became all the more evident a few hours later. While one court in Istanbul released Yücel, another sentenced seven Turkish journalists to aggravated life in prison on charges of involvement in the failed coup attempt on 15 July 2016. In addition to being the first conviction of journalists in relation to the putsch attempt, the ruling is also remarkable due to its implications for Turkey’s constitutional regime. On 11 January 2018, the Turkish Constitutional Court (TCC) had found the pre-trial detention of one of these journalists (Mehmet Altan) to violate his freedom of liberty and security, ordering the lower court to remove the consequences of this violation. The latter, however, refused to execute the TCC’s ruling – as discussed on the Verfassungsblog by Başak Çalı and Tolga Şirin.

This brings me to the point I made about the international community’s belated and insufficient assessment of Turkey’s judicial regime. When the TCC found Altan’s initial arrest (but not his prolonged pre-trial detention) to be in violation of the Constitution, it received much international acclaim. The lower court’s refusal to abide by the TCC’s ruling rendered the latter all the more precious as the remaining bastion of the rule of law in Turkey. The Mehmet Altan ruling reinforced the TCC’s image as the domestic guarantor of individual rights; an image it had been building since its precedent-setting judgment in December 2013 concerning a deputy from the opposition Republican People’s Party (Cumhuriyet Halk Partisi-CHP). In Mustafa Ali Balbay, the TCC held that the pre-trial detention of a parliamentarian infringed on his political activities and right to representation, and violated his right to be elected (Application no. 2012/1272, Judgment, 4 December 2013).

. This was music to the ears of the European Court of Human Rights (ECtHR) circles, who had been anxiously waiting to see the TCC’s implementation of the constitutional complaint mechanism since its entry into force in September 2012. Good news kept coming from Turkey; in April and May 2014, the TCC found the government bans on access to Twitter and Youtube to violate free speech. Then, as in now, the TCC received international praise for speaking up against anti-democratic measures.

In the midst of all the traffic of past week, Turkey had another high profile visitor: Thorbjørn Jagland, the Secretary General of the Council of Europe. In a keynote speech to candidate judges and prosecutors at Turkey’s Justice Academy, Jagland praised the TCC for upholding human rights “with regard to freedom of expression and pre-trial detention” and called on lower courts to abide by the TCC’s binding decisions. Otherwise, reminded Jagland, “the rule of law will be undermined” and “the effectiveness of the individual right to petition the [TCC] would also be questioned.” Indeed. Except, while seemingly referring to the Mehmet Altan ruling, Jagland turned a blind eye to the TCC’s failure to abide by its own rulings and the Turkish Constitution. Let’s remember.

Erdoğan used the 2016 coup attempt, “a blessing from God” in his own words, as an opportunity to curb democratic opposition. His government put in place a protracted state of emergency and started to rule Turkey by executive decrees (around 30 so far). According to media reports, 180 media organizations and around 1,500 non-governmental organizations were closed down, the elected mayors of 89 of the 104 municipalities run by the pro-Kurdish Peoples’ Democratic Party (Halkların Demokratik Partisi-HDP) were replaced with appointed bureaucrats, and over 80 HDP mayors were arrested. Around 150,000 public sector workers were suspended, 50,000 of whom were arrested. In judiciary alone, over 4,000 judges and prosecutors were dismissed and over 2,000 arrested, including two members of the TCC, 108 members of the High Court of Appeals and 48 members of the Council of State. The dismissals were without cause and the arrests were based on dubious terrorism charges without due process.

In October 2016, the CHP contested several executive decrees before the TCC. Arguing that the decrees introduced permanent measures which will stay in place after the expiry of emergency rule, it asked for their annulment. In a unanimous judgment, the TCC declined review on grounds of ultra vires. It was seemingly a small detail that in its precedent-setting 1991 rulings, the TCC had granted itself the power to review whether emergency decrees are temporally, geographically and substantively limited to the respective boundaries of emergency rule.

The TCC has also been reluctant to exercise its review powers in individual complaints filed by Kurdish opposition leaders. In 2015, Erdoğan had received the first blow of his political career when the HDP overcame Europe’s highest electoral threshold (10 percent), becoming the first Kurdish political party to enter the Turkish Parliament. Deprived by politics of the qualified majority he needed to change Turkey’s political system into a presidential regime, Erdoğan resorted to ‘law’ to oust the HDP deputies from the Parliament. In May 2016, in a convoluted process which the Venice Commission found to be a “misuse of the constitutional amendment procedure”, the AKP-led bloc amended the constitution by bypassing the regular procedure and introduced a one-time exception to the parliamentary immunity regime. As a result, 55 out of 59 HDP deputies were stripped of their immunities and put on trial on terrorism charges.

On 3 June 2016, the TCC unanimously rejected the constitutional complaint filed by HDP and (several) CHP deputies for the annulment of this law. The deputies argued that the law was a parliamentary decision subject to the TCC’s oversight rather than a constitutional amendment whose substance it is not authorized to review. According to the TCC, while it is authorized to review the parliamentary decisions stripping deputies of their immunities, what was at issue in this particular case was a “special process” which had all the formal elements of a constitutional amendment and gave rise to “special legal consequences”. Thus, by inventing a new rule, the TCC refrained from fulfilling its constitutional obligation to review the lifting of parliamentary immunities.

The coup attempt enabled Erdoğan to seal the fate of HDP deputies. In November 2016, four months after the failed putsch, 13 de-immunized parliamentarians including the HDP’s co-leaders Selahattin Demirtaş and Figen Yüksekdağ were arrested. The deputies immediately applied to the TCC, which kept the applications pending as long as it could (for over a year). When it finally spoke in 16 November (in the case of Gülser Yıldırım) and 21 December (in the case of Demirtaş) 2017, the verdict was predictable: inadmissibility. The applicants had argued that their prolonged pre-trial detention infringed on their right to liberty and security, freedom of expression and right to be elected and to engage in political activities. The last argument was particularly tricky, because the applicants relied on the TCC’s jurisprudence, including Mustafa Ali Balbay. Caught between stare decisis and the backlash it would face from Erdoğan if it would adhere to the rule of law, the TCC resorted to the typical judicial escape strategy of factual distinguishing. To paraphrase:  ‘Yes, in Balbay and other cases, we said that the pre-trial detention of a parliamentarian must be based on concrete facts showing the existence of a much more pressing public interest outweighing the public interest in the exercise of the right to elect and be elected, but we also took into account the period of pre-trial detention’, noting that Balbay and others had remained in prison for periods ranging from 3 years and 2 months to 4 years and 8 months. So, Demirtaş needs to sit in pre-trial detention without conviction for at least another two years to deserve constitutional review? Is that the constitutional law rule governing this issue? How about the constitutional right to parliamentary immunity? Well, this time to quote directly, “there is no constitutional rule prohibiting the arrest of deputies in cases where exceptions are introduced to their parliamentary immunity or where such immunity is abolished.” So, if the majority of the parliament decides to lift the immunities of parliamentarians belonging to minority parties, the TCC will not review not only the constitutionality of that procedure, but also whether the subsequent pre-trial detention of such deputies infringes on their fundamental rights.

These rulings (and others) show the futility of the ECtHR’s subsidiarity principle with respect to Turkey. After all, we are speaking of a constitutional court which dismissed two of its own members for their alleged involvement in the failed coup without even requiring any evidence linking the judges to the putschists. The TCC saw no problem in exercising the extraordinary powers granted to it under an emergency decree (no. 667) to dismiss its members Alparslan Altan and Erdal Tezcan based on the “conviction” of the remaining judges. Neither did it refrain from – unanimously – denying its former member the right to constitutional review. For, on 11 January 2018, the same day the TCC issued its acclaimed ruling ordering the release of one Altan (the journalist Mehmet), it quietly rejected the application of another (the judge Alparslan). I wonder whether the fate of a former TCC judge sitting in jail without conviction for over eighteen months crossed Jagland’s mind when he was urging lower courts to abide by the TCC’s rulings on pre-trial detention. 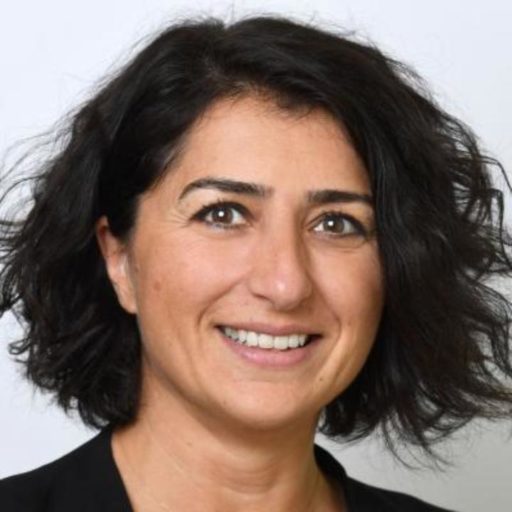 Dilek Kurban Dilek Kurban, PhD, is a Fellow at the Hertie School. She is a legal scholar with research interests in the European Court of Human Rights, legal mobilisation, forced displacement, minority rights and human rights abuses during ethnic conflicts. She is specialised on Turkey.